Making it trendy for youth to survive by doing business

As New Vision celebrates 30 years, we assess the impact the paper and its sister platforms have had on inspiring a change in mindset, from job seeking to alternative sources of livelihood over the years.

As New Vision celebrates 30 years, we assess the impact the paper and its sister platforms have had on inspiring a change in mindset, from job seeking to alternative sources of livelihood over the years.

"Your articles have inspired me to start a small business. I want to make candles. I was inspired by the story and determination of Fiona Orishaba, the 27-year-old who quit her IT job to make footwear," says Lilly Lenher, a fresh graduate.

That is a typical example of the hundreds of testimonies that New Vision has received from young people who have been inspired by the paper's coverage of entrepreneurship issues, to start their own business.

Some, like Michael Ofwono, who runs Okecho & Sons Construction & Metal Fabricators Limited in Jinja, have been inspired by the stories inNew Vision to improve their businesses.

"We have moved up by approximately 30% in service delivery as compared to before (his New Vision experience)," Oketcho says. "New Vision does not simply preach about entrepreneurship, it actually mentors us into entrepreneurs through sharing real life success stories that we can learn from," says Sam Taabu. But it is not only the young people who feel that way.

"New Vision's coverage of entrepreneurship is unique. You identify different success stories and demonstrate step-by-step how they have managed to overcome their challenges and grow," says Dr Sudhir Ruparelia, the chairman Ruparelia Group and Uganda's most successful businessman. He says this demonstrates to young people, who are often sceptical about business, that it is possible to start small and attain big success.

"For a while, people thought business was for academic failures; parents wanted their children to get corporate jobs. But thanks to Vision Group's coverage of entrepreneurship, it is now trendy to do business," says Diana Ntamu, the head of the Entrepreneurship Centre, Makerere University Business School.

"I have seen a lot of people who have started businesses because they were inspired by what they read in New Vision or their sister products."

Gideon Badagawa, the executive director of Private Sector Foundation Uganda (PSFU), hails New Vision for taking their coverage of entrepreneurship a step further and turning it into a social responsibility crusade.

"Besides identifying and profiling enterprises that are forerunners and can inspire others, New Vision and its sister platforms have trained the public in basic business principles through various forums at which they host successful entrepreneurs. These have inspired multitudes to go into business." 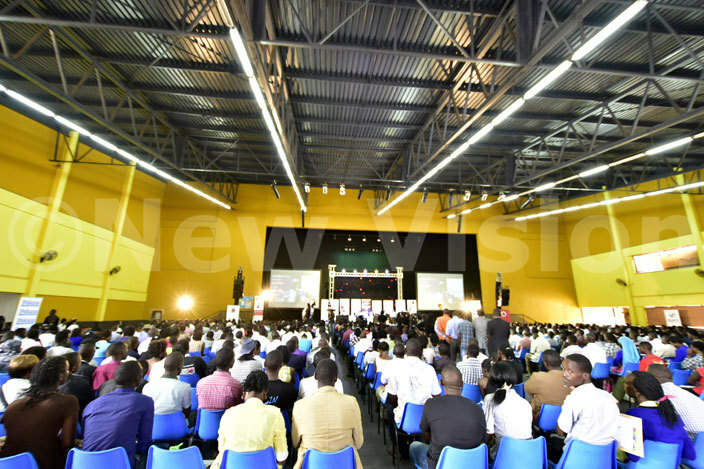 But things have not always been so rosy. "In the earlier days, entrepreneurship stories were not given much attention as they competed with a lot of other business news stories. After a while, we had two pages reserved for profiles of business people in the weekly Business Vision pullout," says Paul Busharizi, former business editor, New Vision.

Even then, he says, Business Vision primarily focused on established business people with hardly any space for young and budding entrepreneurs. 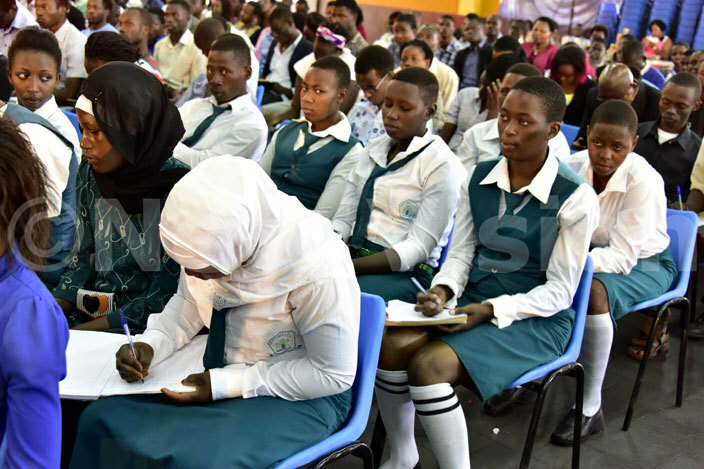 Students were part of the audience

In 2011, the New Vision newspaper recognised the need to respond to the evidently growing mass of disgruntled young people who, unfortunately, were looking onto the Government to give them jobs.

This group, as most analysts argued, had contributed to the scale of the 2009 Buganda riots at the height of tensions between the central and Buganda governments.

"Young people were easily drawn to participate in the chaos because they were idle and disgruntled," explains Cathy Mwesigwa, the Deputy Editor, New Vision. "Vision Group was looking for a way to mitigate such hopelessness, but also help young people realise that they could take charge of their destiny," Mwesigwa explains. 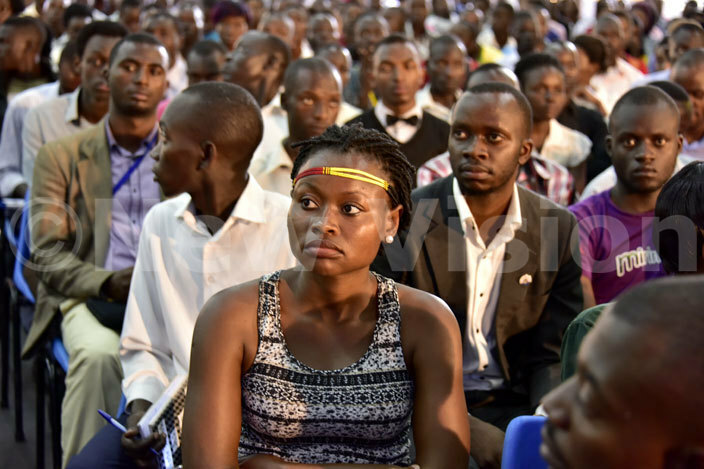 A move to mitigate the circumstances

New Vision decided to launch a youth entrepreneurship awards campaign in 2011. Ben Opolot, the Managing Editor (English newspapers), says the project aimed to inspire youth to learn from their counterparts who had taken the lead in creating opportunities for employment for themselves and others around them. "We also wanted to effect a mindset shift from the traditional ‘business is for failures' attitude," Mwesigwa says. 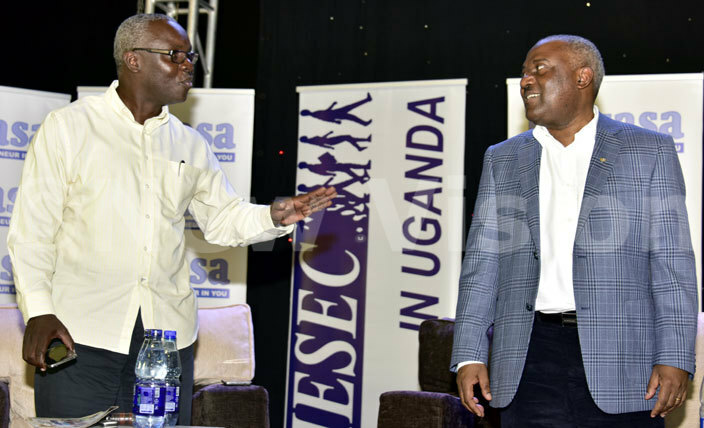 Vision Group CEO, Robert Kabushenga, shares a light moment with one of the panelists

Origin of the name ‘Pakasa'

The editorial team felt that it would have more impact if they could find a local word that embodied hard work as a tenet of earning a living.

After brainstorming, they came up with the word ‘Pakasa' (a word that means ‘toil for a living' almost across all Uganda ethnic groupings). "The idea was that someone, especially the young people, needed to fold their sleeves and work. Because others have succeeded, they too could make it," she explains. A member from the audience asks a question

The public was asked to nominate exemplary young entrepreneurs from their communities, from which a winner would be selected at the end of the three-month campaign.

The stories of these successful young entrepreneurs were published inNew Vision for three months. The project received an overwhelming response from the public with over 1,000 nominations. From these, an independent jury selected five winners, who shared out sh20m.

One of the panelists talking to the audience

Following the phenomenal success of the youth awards in 2011, Vision Group came up with a permanent publication with the same objective, but focusing on the established entrepreneurs in March 2012.

"Through the stories of these established businesspeople, we wanted to inspire the young people who can learn a lot from the proven wisdom and life stories, but also to help them understand that success is not an event, but a process," Mwesigwa says.

"Immediately the first copy of Pakasa came out, it was obvious we had met a social need. We sold about 5,000 extra copies of the first publication," says Joseph Lwanga, Vision group's circulation manager. Four years on, Pakasa has become a household name.

The pullout has since spawned similar products in its sister vernacular papers like Yiiya Ssente (Bukedde), Omwekambi (Orumuri) andAcamkuuoka (Rupiny) . Similar programmes have since started out on all Vision Group's electronic platforms (both TV and radio) snowballing the impact across the country. 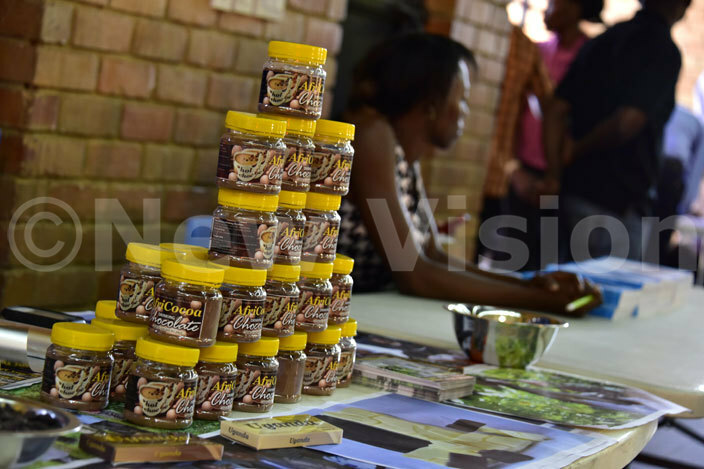 Some of the products that were being sold at the entrance