The national cross country team is confident that they will up their performance in Saturday's Africa Cross Country championships, where Uganda will be represented by seven athletes at the biennial event. The event is set in Cameroon's city of Younde.

Efforts for Uganda to have a full team were curtailed by lack of funds as the National Athletics Federation also has to send a team to the World half marathon championships due next week in Wales.

But regardless of the lean team, national coach Benjamin Njia is positive that  Uganda will come back with medals to outdo the last performance at home, where Uganda hosted the event but came third behind Kenya and Ethiopia. 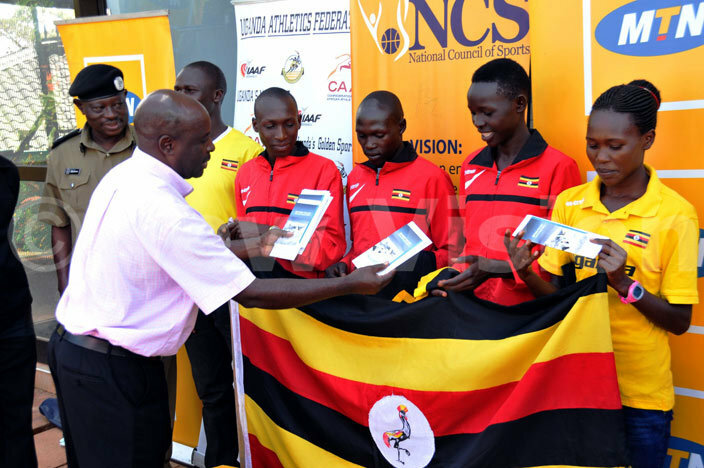 The team is being handed tickets at NCS, Lugogo. Photo by Norman Katende

"We know the competition ahead but we are focussed on seeing that we challenge them. We have been training ever since the national cross country championships were held last month and the senior men will be basically running as a team, helping each other as we look at winning a team medal. We will also be trying to win individual medals at the event,' said Njia.

Team Uganda was flagged off by National Council of Sports acting general secretary  Nicholas Muramagi, who offered them  eight tickets for the seven athletes  and coach.

The event is also to gauge the athletes as Uganda prepares to host the World Cross Country Championships next year on March 26. 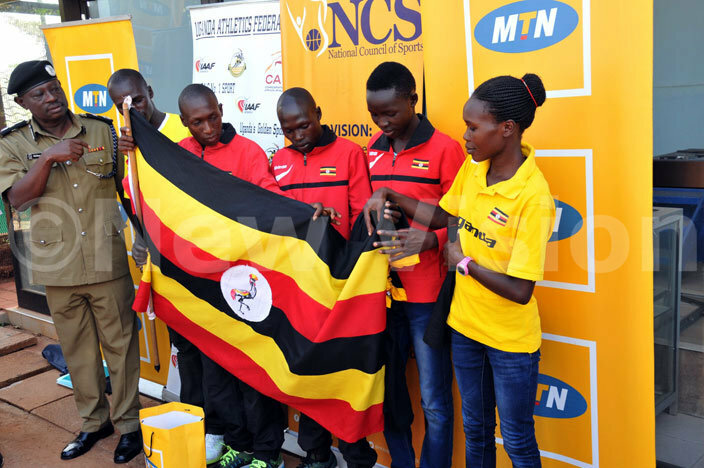 "We are  out to help disciplines that are not only active but record results at the international scene and athletics has always done that. We have in the past helped boxing and volleyball to go out and compete. We do not have enough funds but we will utilise what we get to facilitate the performance of disciplines that show cause," said Muramagi.

The team will depart Friday early morning for the event with the bulk of them coming from Uganda Police.

"Six years back we started a campaign to have better athletes by recruiting youngsters to train and this has started paying off. We are not having the bulk of athletes on the national team by luck but efforts coming from dedicated works from the technical team and administration of the Police," said AIP Andrew Sorowen at the flag off ceremony. 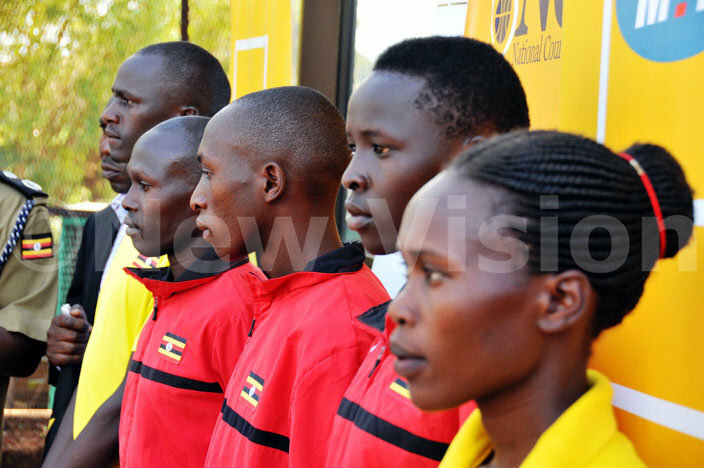 Team Uganda will be represented   by a full senior men team that has Philip Kipyeko, Moses Kurong, Mande Abdallah and Daniel Rotich while the winners of the other categories that include Stella Chesang (senior women), Janat Chemusto (junior women) and Mande Bushendisch (Junior men) will be making individual appearance in their respective categories.

AGONY: My husband behaves like he is still single

Help, he is always tight-marking me