Kitakule's sister Nakiwala in the room she shared with other girls. Photos /George Bita

Two girls carry school bags, but apparently unaware that they are wearing the wrong uniform for a Wednesday. Their chitchat somehow stops them from realising the strange stares from schoolmates.

As fate would have it, the incorrect outfit is drawing undue attention to them. The constant glares from fellow learners soon equally draw the attention of an administrator who duly summons the duo to the headmaster's office.

Preliminary interrogation indicates the students are in possession of admission letters but lack mandatory banking slips. They likewise lack any other requirements needed from them in order to attend lessons.

It is clear that both Patricia Kyakwera (15) and Eunice Kembabazi (16) had been admitted under suspicious circumstances on February 23. 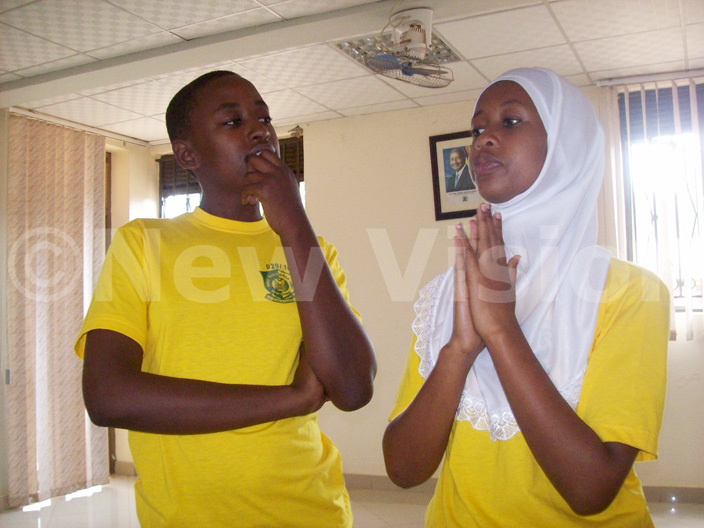 A perplexed headmaster, Abdullah Kizito, telephones their parents who happen to be both from Nakaseke district after seeking contacts from the admissions book.

The voices at the other end of the line seem surprised that Kizito is not aware that their daughters had come under a pre-arranged deal. They duly assure the headmaster of an understanding reached with director Godfrey Kitakule to get free education at his institution.

According to Kizito, the confident voices of the parents soon turned feeble as reality dawned on them that they had been conned of their hard-earned money.

"It took time for them to take in the truth that the sum of Sh400, 000 paid per student as a form of commitment fee to qualify for free study was a hoax. They promised to send an uncle to pick them up immediately," Kizito narrates. 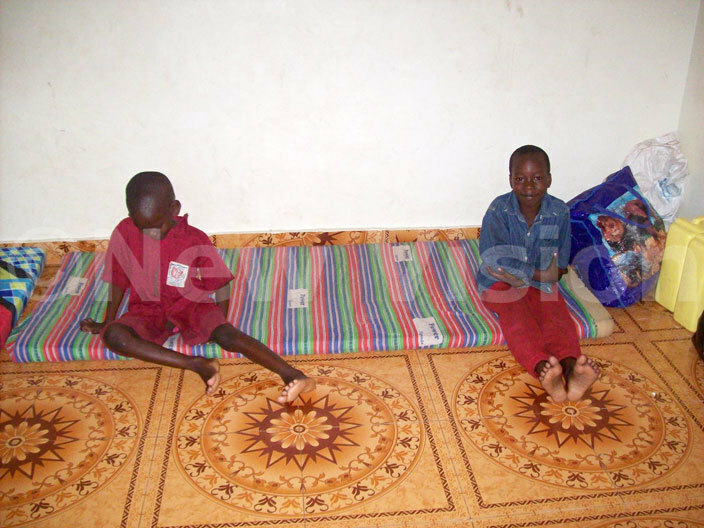 Children seated on their mattress at Kitakule's residence in Busei

Background of the scam

On Thursday March 3, 2016 the police in Soroti district rescued 22 children from Opuyo village who had allegedly been trafficked from Kiboga district.

According to East Kyoga police spokesperson, Juma Hussein Nyene, police working on a tip off nabbed a coordinator Elijah Olaboro.

Information obtained shows that 12 of the children had been picked from Kiboga to benefit from a scholarship programme at Mercy Education Centre at Opuyo parish.

The school director, Addi Kyadida, refuted the claims assuring New Vision that they had never sought for learners from Teso region.

He argued that it could be a scam by child traffickers out to con unsuspecting parents in different parts of the country. 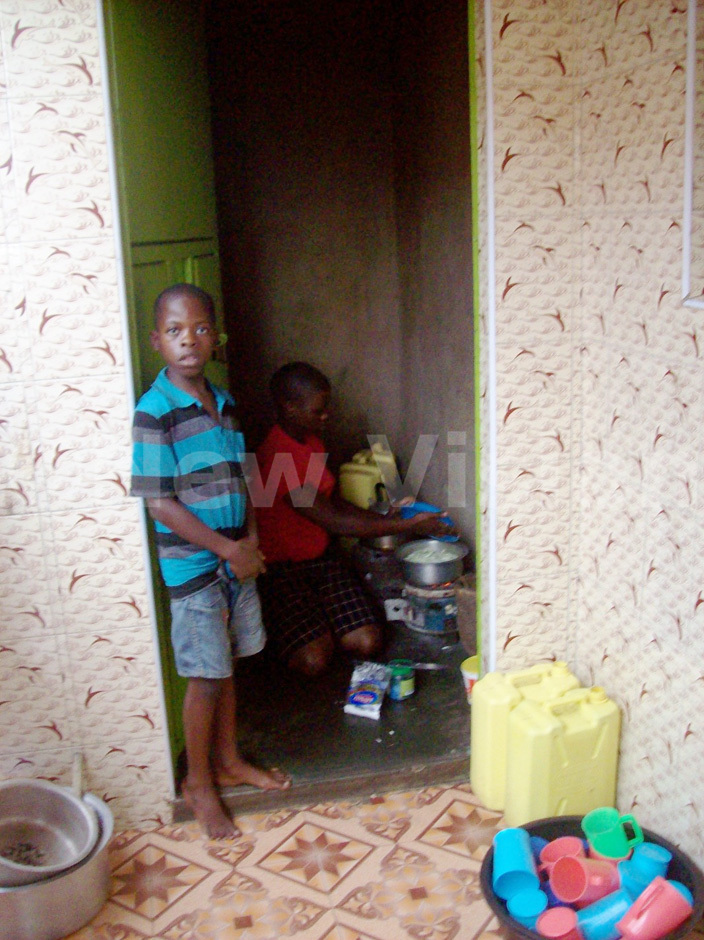 Children prepare their own meal at Kitakule's residence

Kizito, in the company of police officers from the child and family protection unit at Iganga police station coerced the girls to lead them home.

"Kitakule advised us against taking anybody to his house where over 20 of us are residing in Busei A village," Kembabazi pleads.

According to her, they are under the care of Kitakule's sister Viola Nakiwala, also registered as S.4 student at the same school.

However, the pleas fall on deaf ears and they are bundled into a waiting police car that leads the way with Kembabazi giving directions to the abode.

The rented house comprised of three rooms each with mattresses on the floor. Police ordered the 12 children to dress up and were whisked to the Iganga police children reception centre.

Bashir Kabaale, in-charge of the rented apartments says they belong to Siraji Byansi, a businessman based in Busia district.

"Kitakule rented that house last year and has been bringing children here. He keeps bringing and taking away so that it is hard to tell their number at any one moment," Kabaale observes. 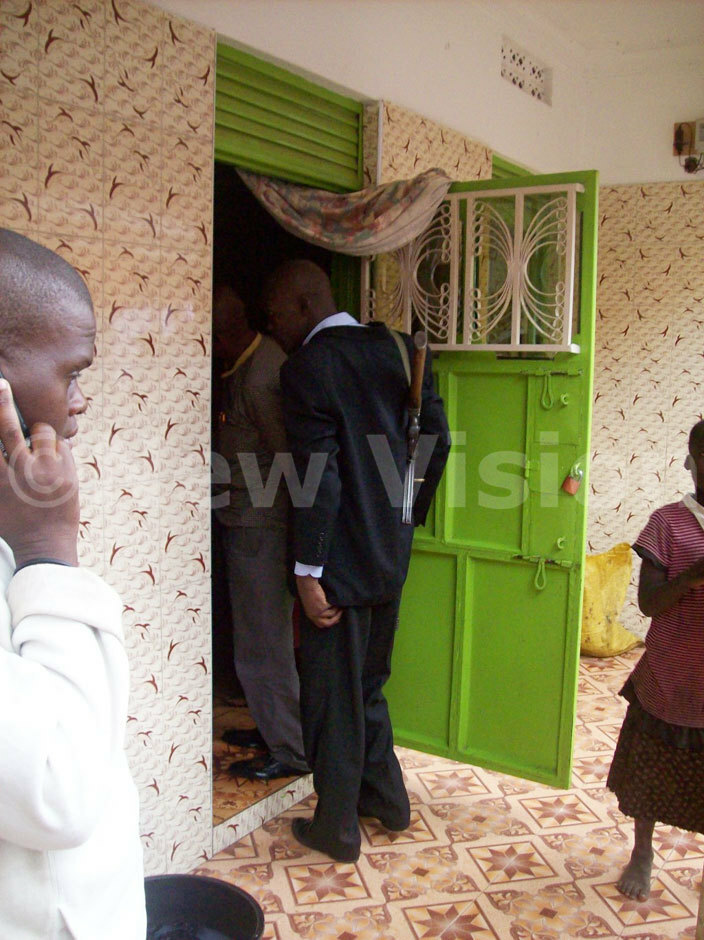 Eria Madidi, a parent to Kembabazi argues that after the call from Kizito he rushed to Iganga to pick up his daughter and two children.

"I had given Kitakule five children. I paid him Sh400, 000 per child as a one-off payment to guarantee their study up to University level," Madidi reveals.

According to him, he first rushed to Global Junior Primary School in Kamuli where Kitakule had taken two of the children.

"I formalised their stay and paid full fees. However, for the two six-year-olds and Kembabazi, I am taking them back home," Madidi says.

Kembabazi says she was studying at Entebbe S.S. before her parents handed her over to Kitakule to be relocated to Iganga.

Nabirye Nabosi, Iganga district criminal investigations chief explains that with Kitakule apprehended and in jail, the Iganga operation would help in investigations.

She identifies some of the children picked up from Kitakule's house as Scovia Namirembe, Lamula Nantume, Kyakwera, Kembabazi, Nakiwala, Caroline Kamwenge and Hope Amumpaire. 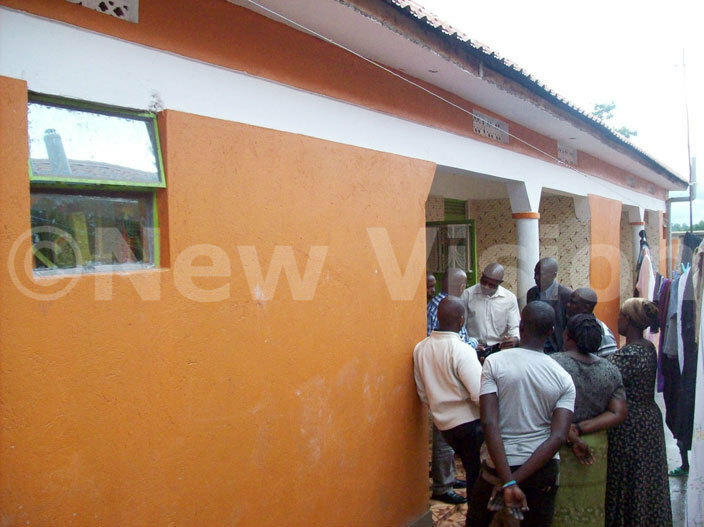 Nabosi argues that the Busei A house rented by Kitakule is a purported crime scene currently under police protection.

"We have closed up the premises and put the children under safe custody. Their parents would pick them from police," she assures.

The house rented by Kitakule in Busei Iganga

Lukia Kagoya, a resident of Iganga

Education has become very expensive nowadays. It is not surprising that parents are easily duped whenever an opportunity of free education arises. 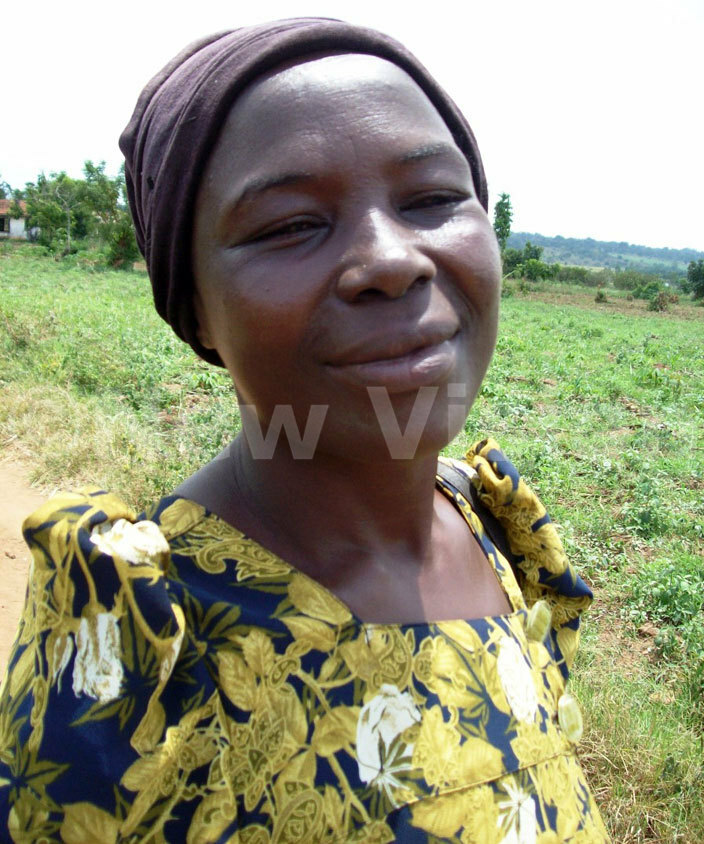 We contacted Kitakule about those children's status and he showed us consent documents from their parents. Unfortunately, soon afterwards we heard that he had been arrested in Kiboga district and it dawned on us that he may have been indulging in shady deals. 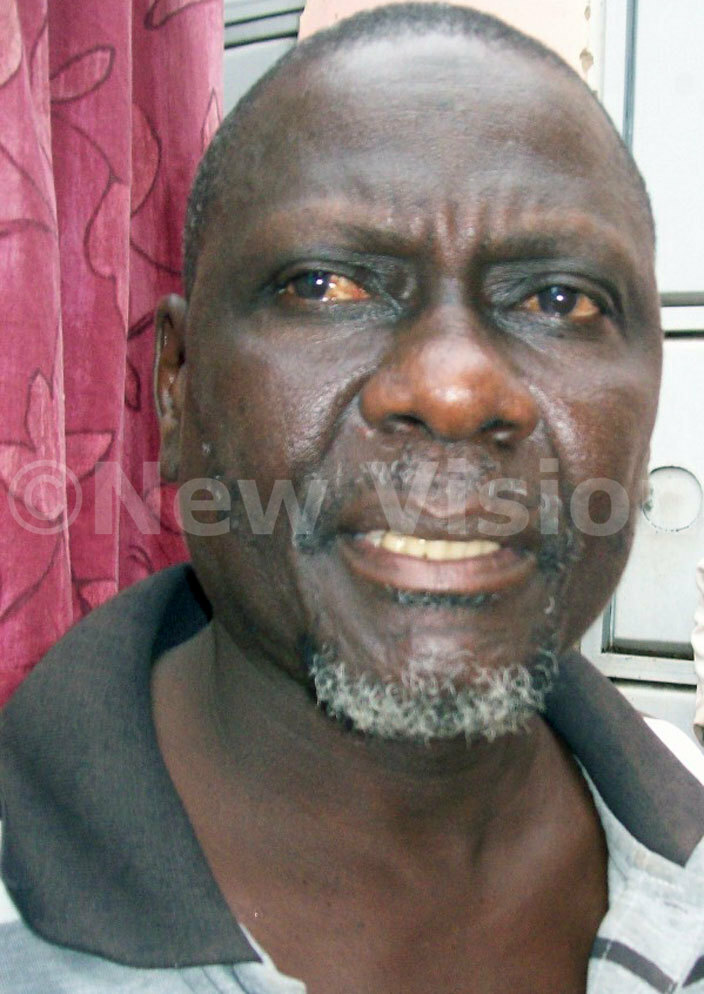 I am saddened about this development in our town. Local leaders at lower levels should be more vigilant in future because it is obvious this man would have been exposed even much earlier than this. 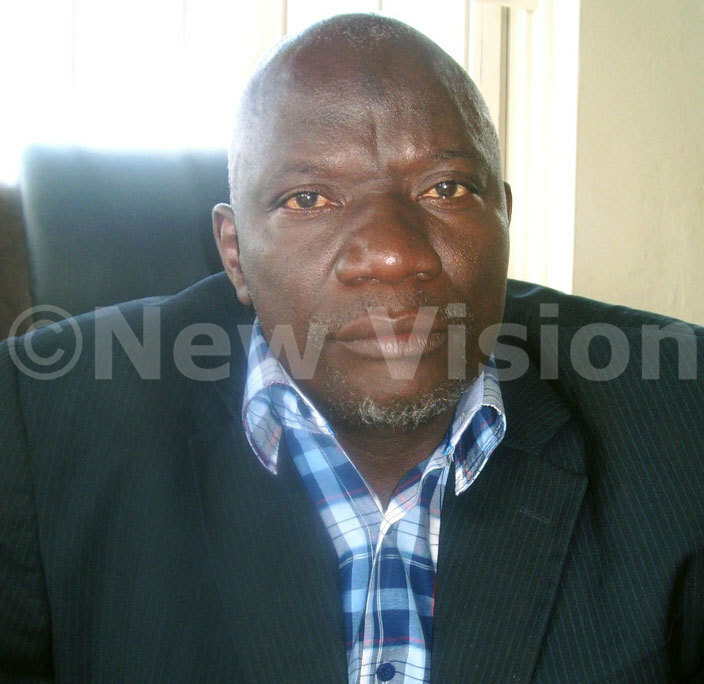 The parents have themselves to blame for this state of affairs. How can someone in his or her normal senses handover such a young child in the name of getting a scholarship? 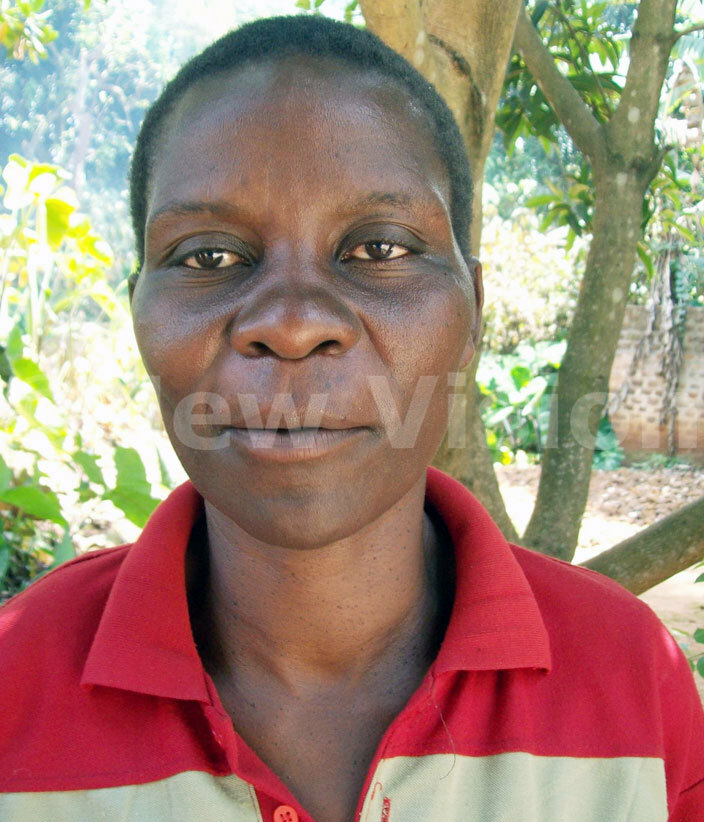