Micho to unveil Cranes squad for AFCON qua...
Next Story

Leicester City's supporters celebrated a recent goal so jubilantly that a minor earthquake was detected in the city, a group of geology students said on Tuesday.

The group from the University of Leicester recently placed earthquake-monitoring equipment at a school close to Leicester's King Power Stadium.

When Leonardo Ulloa scored an 89th-minute winner in last month's win over Norwich City, fans' celebrations sparked a mini-quake with a magnitude of 0.3 on the Richter scale.

"A few days after we installed the equipment at the school and were analysing data collected, we noticed large peaks on the seismogram during football matches being held in the stadium nearby," said first-year student Richard Hoyle.

"A closer look showed us there was a strong correlation between the exact time Leicester scored at home and the occurrence of the large seismic signals.

"We concluded that our equipment was actually measuring small earthquakes produced by the sudden energy release by the cheering Leicester fans celebrating at the moment a goal was scored."

Modest Leicester have charmed neutrals by surging to the top of the Premier League table and are currently five points clear with nine games of the season remaining. 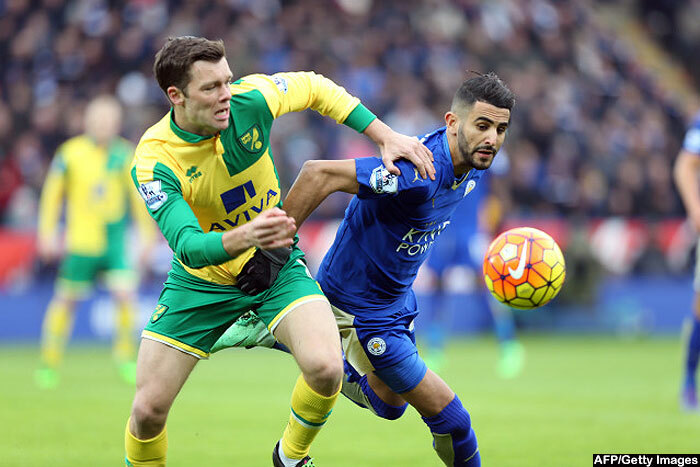 Leicester's Riyad Mahrez battles for the ball with Norwich's Jonny Howson at the King Power Stadium on February 27, 2016 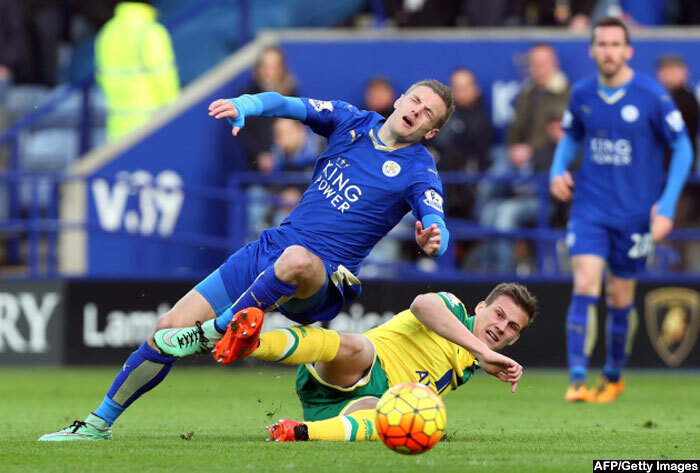 As you can see, it was a physical encounter, as Leicester's Jamie Vardy is brought down by opponent Ryan Bennett 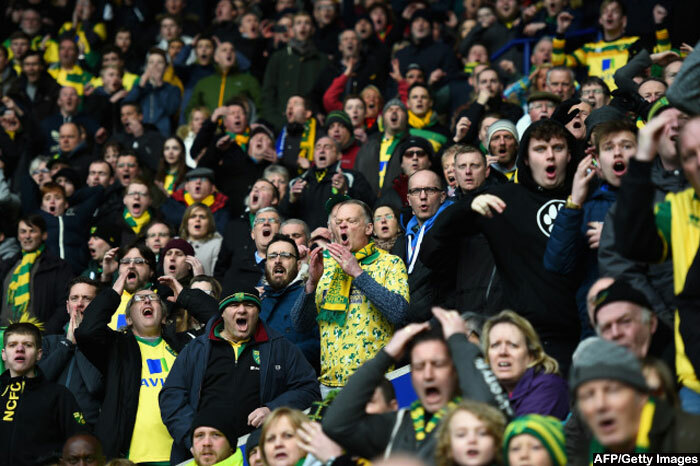 As well as the physical nature of the game, it was also one peppered with missed chances, and you can bet it's the fans (Norwich ones pictured here), who felt the stab during such moments 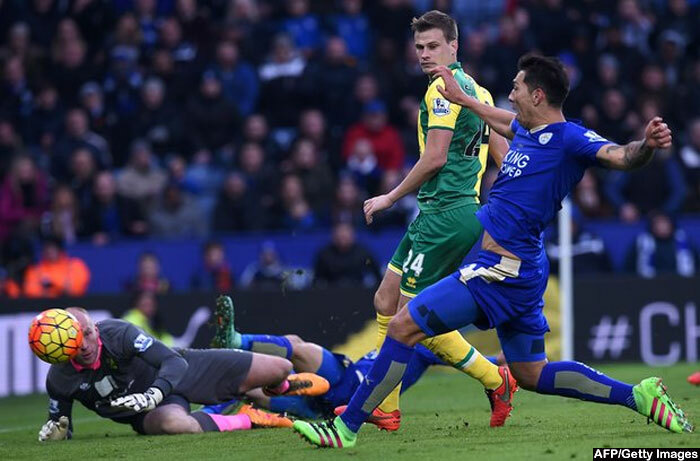 And just when it looked like the contest would end as a stalement, Leonardo Ulloa offered the home fans a raucous conclusion . . . 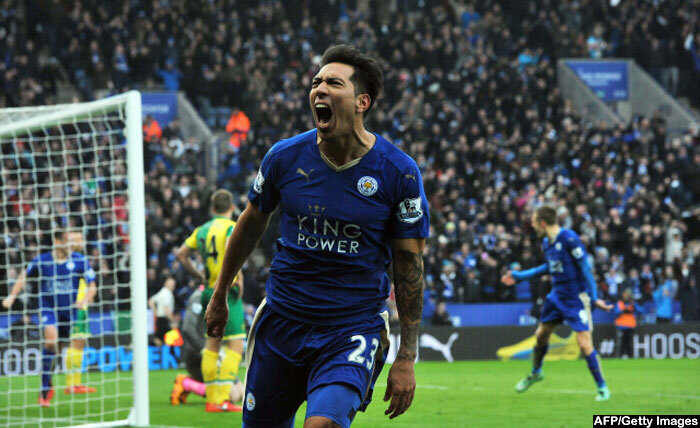 His winning goal came one minute to the final whistle, to send the home crowd into wild celebrations 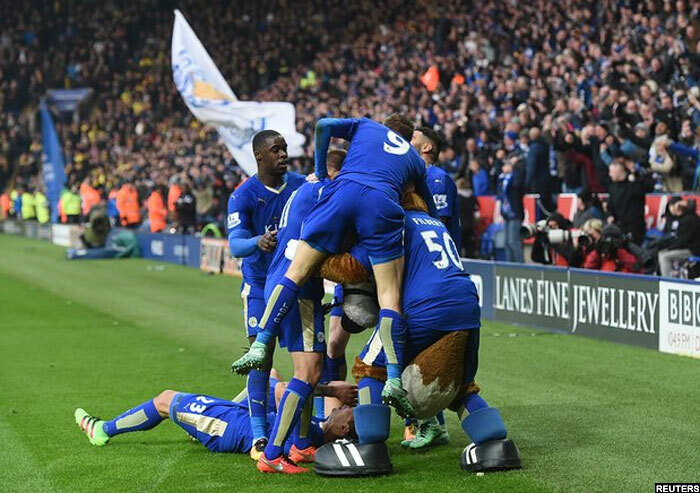 And no prizes for guessing who the hero was . . . 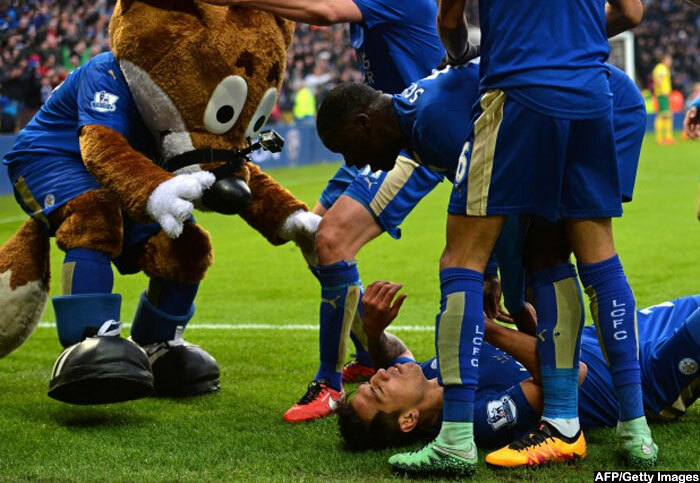 What a season Leicester have had! Remember that this is the same side that was fighting against being relegated only last season