Luzira is not just a prison; it's an amazing neighbourhood

Some of the inmates at Luzira maximum prison

Luzira is a suburb of Kampala, the capital of Uganda

It is best known for the country's main prison, Luzira Maximum Security Prison.

The Luzira Maximum Security Prison houses an estimated 20,000 inmates, including about 500 on death row.

On the mention of Luzira, there is just one thing that comes to one's mind, prison.

Prison is never good, not even those who work there like it there. But Luzira is not just a prison; it is an amazing neighbourhood to live too. 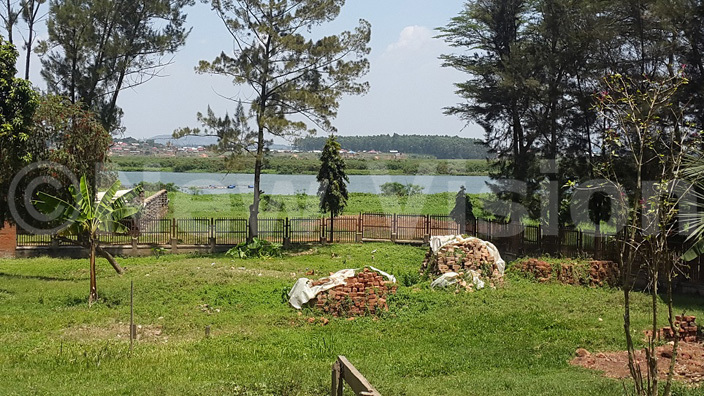 At shore of Lake Victoria in Luzira

Luzira lies in Nakawa Division, one of the five administrative divisions of Kampala.

It is located approximately 12 kilometres by road, southeast of the central business district of Kampala.

It is bordered by Butabika to the north, Mutungo and Kitintale to the northwest, Mpanga to the west, Port Bell to the south and an inlet of Lake Victoria to the east.

Port Bell is the area where the landing pier is situated, at the tip of the peninsular into Lake Victoria, in the most southern part of the general Luzira neighborhood.

Mpanga is the location of Uganda's maximum security prison, located in the western part of the general Luzira neighbourhood.

Prehistoric artifacts dating back to around 1000 AD, have been uncovered at the site where the maximum security prison is located. This includes the famous Luzira Head, which is currently housed in the British Museum. 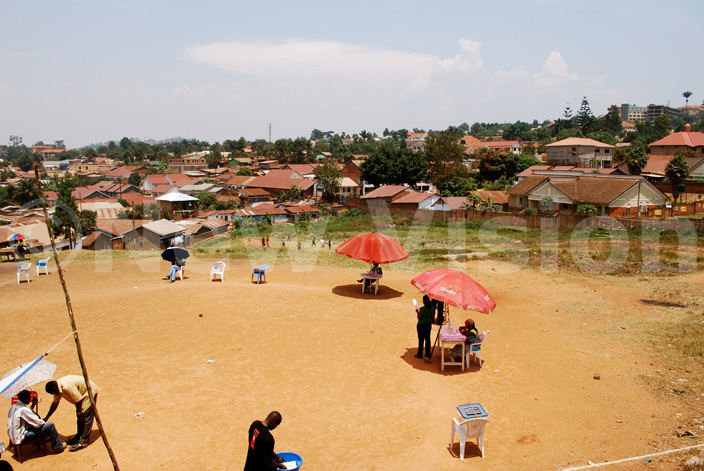 One of the polling stations at Luzira during recent elections

According to Charles Kwehinda, a seasoned journalist who has lived in Luzira for 35 years,  the name Luzira originates from a water well which was located near Port Bell which was not supposed to be visited by women in their periods for it was an abomination or else the water would turn red and poisonous.

The locals always mentioned that Olwo'luzi Luzira literally translating that the water discriminates.

The name stuck just at the mention of that water well.

Unfortunately, the well hasn't been maintained as a historic item and the land has been since developed into an industrial park. The area has several private clinics and the main hospital is the Butabika referral hospital which is a little too far for most people living in the area according to Kwehinda.

He remembers a Luzira that was very sparsely populated and there wasn't as much littering as there is now.

The trenches have all been polluted which has put so many people at a great risk of contracting sanitation related diseases like dysentery,  diarrhea and typhoid among others. Some of the furnished apartments in Luzira Lake View

Kwehinda, also the chairperson LC 2 of the area explains that the number of unemployed youths is rising at a terrific speed which has increased the crime rate in the area.

Most young men and women are unemployed and they live in hovels which wasn't the case 30 years ago.

He is also very worried that the whole area has to depend on the Kitintale police station and the police station at the gate of the Butabika referral hospital. He calls for more security in the area. Homes located in Butabika side of Luzira

Unlike most of Kampala suburbs, Luzira has some of the best roads in Kampala.

"This has eased business in the neighbourhood," says Kwehinda.

Besides motorists who drive with utmost nonchalance and causing avoidable accidents, Luzira's only way is up.

The most notable points of interest in or around the area include;

Quality Chemical Industries Limited, ARV Factory - The US$40 million factory is the only one in sub-Saharan Africa that manufactures triple ARV therapy medication.

Port Bell - The port, located on the shores of Lake Nalubaale, handles both passenger and cargo traffic destined for Kisumu, Kenya, Mwanza and Musoma in Tanzania.

Budonians can party â€" sort of!