Following the mass awareness creation on breast cancer, the number of people who go for check-ups have increased by over 1,000

Heart Patients, Christopher Senyonga 18 (left), Patience Nasolo 12 and Emilly Nyamura 20 after a successful heart operations in India on arrival at Entebbe Airport. The operations were sponsored by the Uganda Indian Association

Following the mass awareness creation on breast cancer, the number of people who go for check-ups have increased by over 1,000

The year 2012 is one Alice Amuron and her family will never forget. Like any other girl who had started going through bodily changes, Amuron was anxious when she hit adolescence.

However, enthusiasm of adolescence was dampened when her little breasts kept growing uncontrollably. "They started feeling heavy. Suddenly, they could not fi t in my blouses and school shirts. I started wearing my mother's T-shirts," recalls Amuron, then in Primary Four
at Kachango Primary School, Gogonyo sub-county, Pallisa district.

The little girl's dilemma was far from over. In fact, it was only starting. In 2013, at 13 years, the burgeoning breasts enlarged further, causing excruciating pain. At school, her peers started avoiding her, saying she had been bewitched.

Her father, David Okello, took her to Pallisa Hospital for treatment, but all was in vain. However, Amuron's life started changing when New Vision published her plight on December 19, 2014. After the story came out, businessman Dr. Sudhir Ruparelia and his wife, Jyotsna, offered to take care of the girl's medication.

New Vision offered to take care of the operational costs and logistics. Since its inception 30 years ago, New Vision has not only highlighted the plight of people like Amuron, but has pursued a positive editorial policy to improve people's health.

It undertakes a number of activities to promote healthy living and to empower people with tips to improve their health. In addition to a health and beauty pullout (Verve) that is published every Monday, New Vision publishes several stories in the main newspaper on the state of health in the country and alerts the public in case of any disease outbreak, such as cholera, Marburg, Ebola and typhoid.

New Vision also carries out health projects in addition to participating in corporate social responsibility programmes. On the whole, professionals in the health sector commend New Vision for its contribution towards promoting health.

For example, according to Dr. Enoch Kawalya of Kololo Hospital in Kampala, the weekly column in Verve about HIV/AIDS, where readers ask questions and get answers from Dr. Stephen Watiti, is helpful. 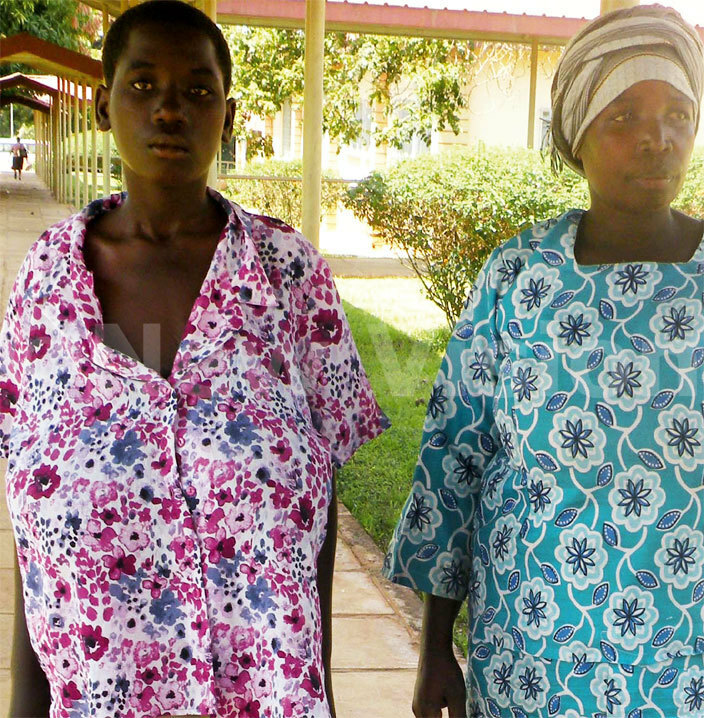 Alice Amuron with her Mother, Ester Asio arriving at Kisubi Hospital for the operation. City businessman Sudhir and wife Jyotsna sponsored the operation after New Vision published the story

"Here, a patient gets information without the huddle of going to hospital," notes Kawalya. "A hospital has a certain uncomfortable mood that some patients prefer to avoid. But getting answers from a doctor in the comfort of your home is more relaxing," he adds, explaining that patients get to ask questions they would not dare ask face to face.

"Particularly, newspaper answers can be referred to and revised, which that cannot be done with the spoken instructions patients receive face to face." Denis Kibira, a pharmacist and medicines adviser at Coalition for Health Promotion and Social Development (HEPSUganda),
says the newspaper is not just providing useful health information, but by  highlighting the plight of the multitudes in need of medical help, it has saved many by linking them to well-wishers.

"By so doing, the individuals get help, but more importantly, it shows decisionmakers a need in the health sector," says Kibira. "So every time challenges in the healthcare have been revealed, advocates have taken it from there, and machines have been purchased.

These stories end up saving not just the individual affected, but the rest who were unable to make it to New Vision." "Donors base on these stories to make donations towards the health
sector. Keep up the great work," Kabira says.

Dr. Fred Okuku, a consultant at Uganda Cancer Institute in Mulago, deems the stories on breast and cervical cancer awareness published every October a fantastic way to get more women to go for check-ups.

"New Vision has been at the forefront and done a commendable job of raising awareness on breast cancer. As a result, the number of people who come for check-ups increased by over 1,000 last year and this is because of the increased level of awareness," he reveals, adding that as a result, the cancer institute is overwhelmed by patients, which, Okuku says is a good thing because early detection translates to successful treatment.

Dr. Dithan Kiragga, the chief party of USAID/private health care programme, says because of New Vision, a significant number of children have been supported and given new leases on life and their families spared the burden of caring for sick children.

Dr. Anthony Mbonye, the commissioner of health services at the health ministry, considers New Vision a partner with the Ministry. "Every time there is a communication to be made to the public, New Vision is always there to let the masses know," he says.