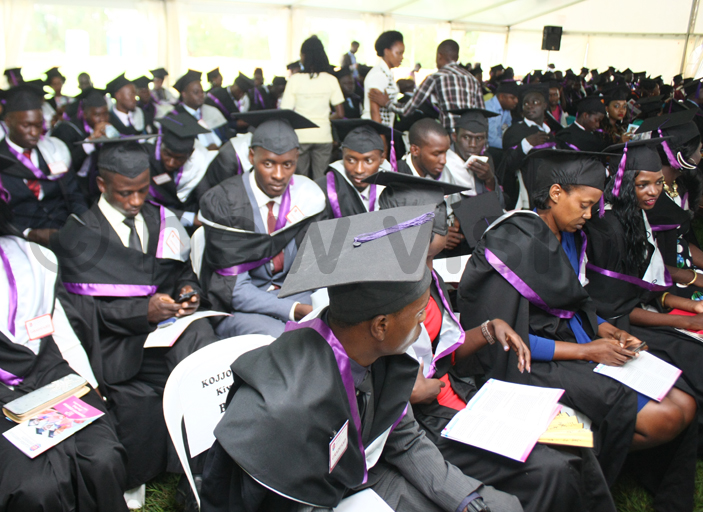 Uganda Christian University in partnership with the Institute of Petroleum Studies in Kampala has awarded its first masters degrees in oil and gas courses.

The students of the oil and gas course are among the 494 students who graduated during the fifth phase of the institution's 16th graduation ceremony yesterday. A total 253 of the graduates are females while 241 are males. Eight more graduates were recognised for having obtained First class degrees- the highest level of academic excellence at the university degree level.

Recent oil and gas discoveries in East Africa and the Gulf of Guinea suggest a very positive outlook for the industry's continued growth.

Experts and studies show that Africa is on an upward growth curve, and investors are optimistic about the potential for growth in the oil and gas sector. 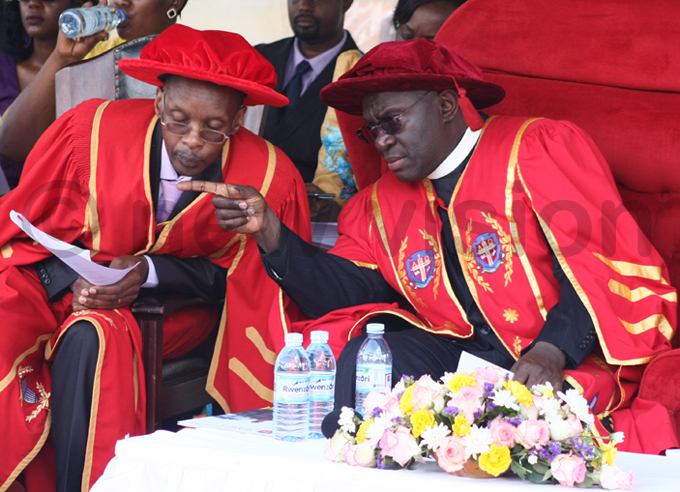 UCU vice chancellor Dr. Rev. Canon John Senyonyi urged the graduates to aim for the best in all that they do. Photo by Edward Kisoma

In Uganda, there is need for more technical skilled graduate and experts to handle oil exploration work. With universities and institutes churning out oil and gas graduates, this grounds the country human resource development in this sector.

The Minister of State for Minerals, Peter Lokeris, commended the graduates and said Uganda can now depend on its own people to manage the industry.

"We have been depending on foreigners in this industry, but we now we have our own people. We have geoscientists, miners and now that the managers are here, we will be self-reliant. When the national oil companies take off, these are the people we shall employ to manage and give advice," Lokeris added.

Meanwhile, other graduates were awarded diplomas, bachelors and masters degrees in different disciplines in a graduation ceremony that took place at the university's main campus in Mukono district.

Speaking in an interview on the sidelines, the Chief Executive Officer of Quest Energy, Patrick Ruharuza said the awarding of the first masters degrees in oil and gas at the university is an amazing milestone for Uganda.

"We are extremely excited today because this graduation means we have taken a giant step towards independence in terms of labour requirements for the Oil and Gas industry," he said.

The Vice Chancellor of the university, the Dr. Rev. Canon John Senyonyi urged the graduates to aim for the best in all that they do.

"Aim for the very best in all your work and life and you must not be known to do the ordinary. Remember that this university carries the name Jesus Christ in its title for a reason. Being Christian is synonymous with being the finest. Always aim at the highest achievable things and never at being average," he said.

He also called upon the graduates to evaluate their ambitions once they get in the work field.

Rt. Rev. Charles Odurkami, the guest of honor at the ceremony asked the graduates to use the wisdom they have acquired to start up their own jobs in case they do not get employed.

"Do not waste the knowledge you have acquired. This knowledge should be translated into tangible goals and so use it as effectively as possible to do something for yourself," he advised.