Leave politics, back to your restaurant, Kibedi tells Uhuru

Kibedi defeated Uhuru in the NRM primaries for the mayoral race which he says Uhuru has failed to come to terms with.

He accuses Uhuru of conniving with Nsereko and the Electoral Commission district returning officer Charles Ntege to fail his victory.

Kibedi while addressing journalists in Kampala said Uhuru lacks the capacity to take on a big political position saying that his understanding is limited to managing the restaurant business. 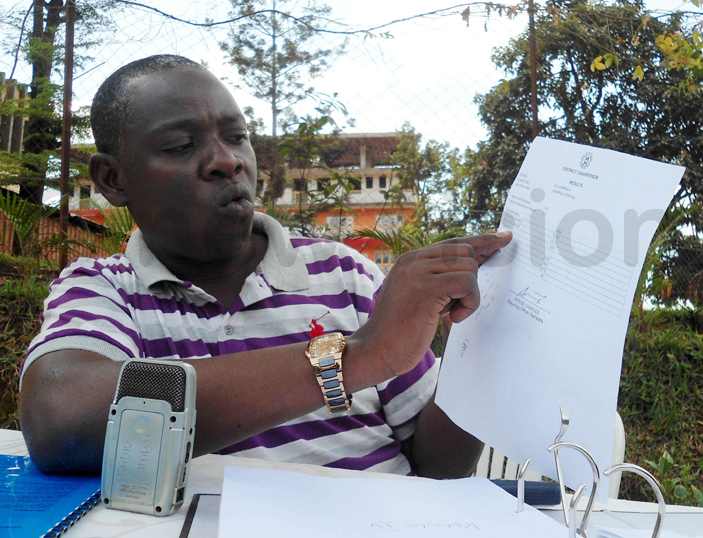 Kibedi displaying the result slip for district chairpersons during the briefing. Photo by Agnes Nantambi 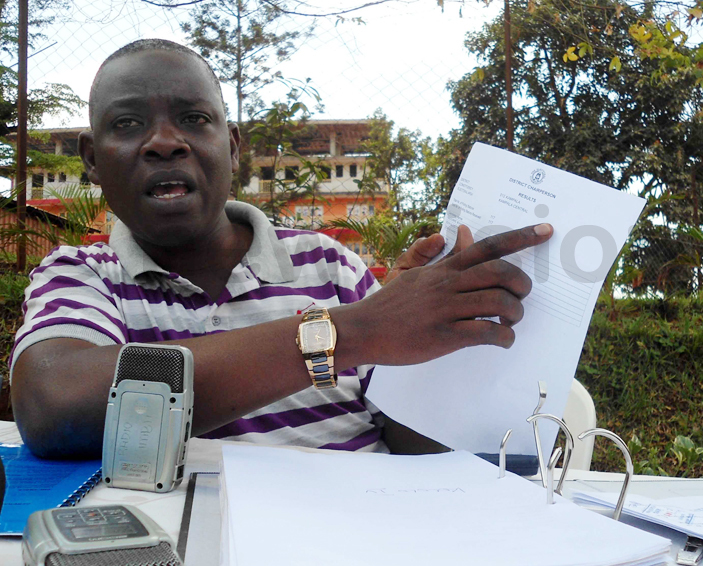 "He cannot manage big positions, and that is why he has been competing for parish councillorship positions, he should therefore leave us who have the capacity to contest on his behalf, "he said.

Kibedi also vowed not to allow Serunjoji to swear in as the chairperson Kampala Central saying he has already instructed his lawyers to proceed to the courts of law to seek for legal redress.

He also threatened to drag Uhuru to the party chairman who is President Yoweri Museveni and the Secretary General.

"I expected him to be concentrating on building the image of the NRM party, but it is unfortunate that he is working towards tarnishing it," he said.

According to the official results, Kibedi polled 10153 votes and Serunjoji 13717.

Efforts to get comment from Uhuru, Nsereko and the returning officer were unsuccessful.

But Uhuru was quoted by a local radio station saying that Kibedi and rest of NRM candidates in the city lost to opposition because they were “weak candidates”.