2016 MUK guild candidates and their manife...
Next Story

In their reply filed at the Supreme Court, Frederick Ruhindi and Eng Badru Kiggundu deny the accusations

In their reply filed at the Supreme Court, Frederick Ruhindi and Eng Badru Kiggundu deny the accusations

The Attorney General (AG) Fredrick Ruhindi and the Electoral Commission (EC) chairman have filed their replies to a presidential poll petition instituted against them by the former premier Amama Mbabazi.
In the petition filed early this week, Mbabazi accuses President Yoweri Kaguta Museveni of voter bribery, intimidation, use of derogatory statements against his opponents, war mongering and use of state resources without proper authorization.
He seeks a declaration that Museveni was not validly elected as president and wants court to nullify the elections. 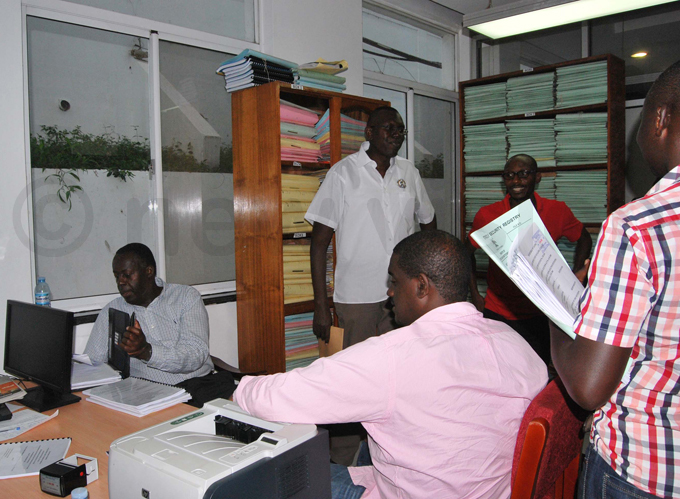 Tumusiime and his team submitting their reply to the petition at the registrar's office. Photo by Godiver Asege 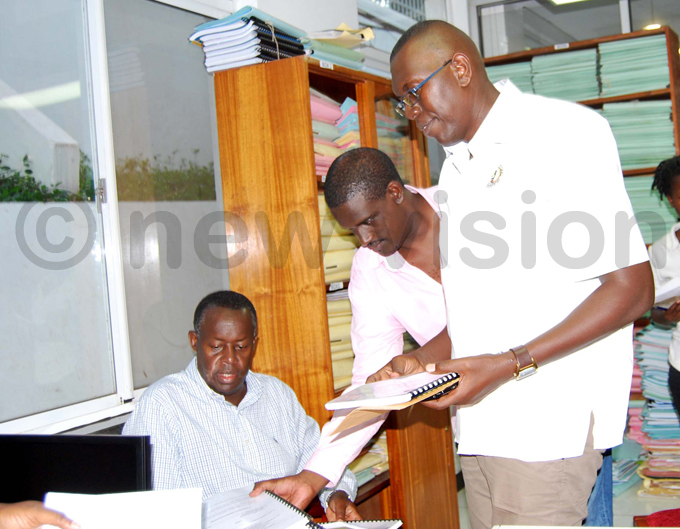 The AG and the EC are also facing the same accusations for conniving and allowing the president to commit the electoral offences which are contrary to the requirements of the Presidential Elections Act and the constitution.

In their reply filed on Saturday evening at the Supreme Court, Ruhindi and Eng Badru Kiggundu deny the accusations and contend that Mbabazi is not entitled to any of the declarations he prays for in his petition.
The replies were filed at the courts registry by EC lawyers, Enos Tumusime, Elson Karuhanga, Alfred Oryema and MacDosman Kabega, and a process server Patrick Obong from the AG's office.