One of the lawyers set to represent President Yoweri Museveni in a presidential election poll petition filed by the former Prime Minister Amama Mbabazi challenging the polls, has said that the president will file his defense on Sunday.

Museveni was served a copy of the petition on Thursday, by a team of Mbabazi's lawyers led by Severino Twinobusinge, at State House Entebbe.

During a phone interview with New Vision, Kiwanuka Kiryowa one of the lawyers representing Museveni said that the response will be filed at the Supreme Court registry on Sunday but he could not tell the exact time.

The Attorney General (AG), Fred Ruhindi, when contacted said that he will file his response within the stipulated time.

"We are prepared to file our defence within the stipulated time," Ruhundi said.

The Electoral Commission (EC) lawyer Ellison Karuhanga said that they will file their response on Saturday by 5pm. 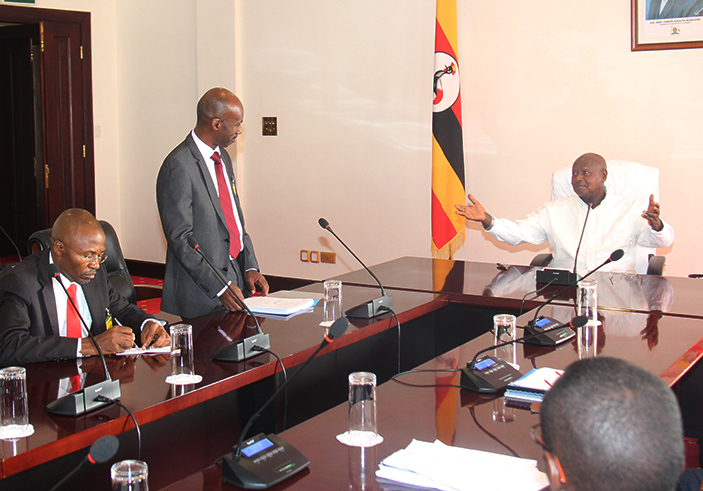 Meanwhile, sources from court revealed that the Supreme Court registry will be open during the weekend to allow all the three respondents in the petition to file their defence. The respondents include EC, AG and the president himself.

Mbabazi filed his petition on Tuesday this week, seeking a declaration that Museveni was not validly elected as president and wants court to nullify the elections.

He premised his case on non-conformity with the electoral laws and the constitutional requirements.

He accused the president of voter bribery, intimidation, use of derogatory statements against his opponents, war mongering and use of state resources without proper authorization.

The AG and the EC are also facing the same accusations for conniving and allowing the president to commit the electoral offences which are contrary to the requirements of the Presidential Elections Act and the Constitution.

A panel of nine justices is expected to preside over a pre-session hearing on Monday to agree on the guidelines and steps to follow during the main hearing of the case.