Those snatched from their homes this year included 54 children, 41 of whom are captives or otherwise unaccounted for

Those snatched from their homes this year included 54 children, 41 of whom are captives or otherwise unaccounted for

Rebels in the Lord's Resistance Army (LRA) have kidnapped more than 200 people this year in the Central African Republic, a quarter of them children, human rights groups have revealed.

Joseph Kony's Uganda-born rebel movement, infamous for brutality and also active in northern Democratic Republic of Congo, has abducted 217 people in the CAR since January 1, according to LRA Crisis Tracker, a joint project of the Invisible Children advocacy group and The Resolve LRA Crisis Initiative.

"The LRA is once again abducting children in Central Africa, betting that the international community will fail to protect those most vulnerable to Kony's forces," said Paul Ronan, director of The Resolve. "So far in 2016, that bet has paid off."

Those snatched from their homes this year included 54 children, 41 of whom are captives or otherwise unaccounted for, said the new Crisis Tracker report called "The State of the LRA in 2016".

The LRA has abducted nearly twice as many people in CAR so far in 2016 than they did in the whole of 2015, the report said, adding that it was too early to judge whether those taken would be released after serving as porters for looted goods or be forcibly integrated. 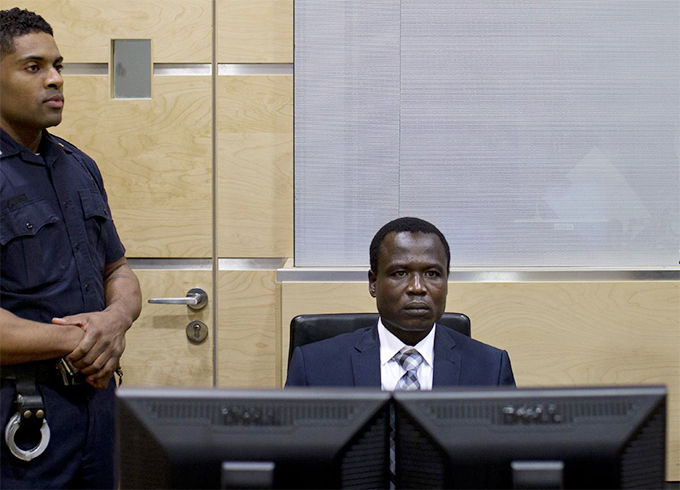 Dominic Ongwen takes his seat at the International Criminal Court in The Hague. AFP Photo

The abductions occurred despite the presence of troops in a UN peacekeeping mission in CAR, MINUSCA, as well as an African Union military task force and soldiers from the United States, the report said.

The LRA first emerged in northern Uganda in 1987, the year after current President Yoweri Museveni seized power, but remnants of the rebel force and its elusive leader have been driven out of the country and operate abroad.

Key leaders have been captured or defected, but the movement has not been crushed.

"The LRA is one of the most resilient rebel groups in modern history," Ronan said. The Resolve is part of a broader US-based project gathering detailed information and lobbying for an end to the insurgency.

Kony was indicted in absentia by the International Criminal Court in The Hague in 2005 for crimes against humanity and war crimes after numerous massacres of civilians, kidnappings of villagers to be used as labourers, sex slaves and child soldiers.

One of Kony's former deputies, Dominic Ongwen, was caught last year and is currently imprisoned in The Hague facing trial for war crimes and crimes against humanity.

The LRA has killed more than 200,000 people and kidnapped more than 60,000 children, first in the north of Uganda and then in neighbouring countries, according to the United Nations.

Rebel activity has displaced tens of thousands of people in the DRC, where many attacks in 2015 were aimed at supporting an LRA operation to collect dozens of tusks from elephants slaughtered in Garamba National Park, the report said.

"A holistic approach to protecting people, wildlife, and natural resources in the region is urgently needed to end this ongoing cycle of violence and exploitation," said Invisible Children president Lisa Dougan.

India to partner with Vision Group in technology, agriculture

Kenzo, other Ugandans finally back home from West Africa