People who take aspirin regularly have a significantly lower risk of cancer, particularly involving the colon and gastrointestinal tract, according to US research published on Thursday.

The findings in the Journal of the American Medical Association (JAMA) Oncology suggest that aspirin use should complement -- not replace -- already established preventive screening measures such as colonoscopies.

"We now can recommend that many individuals consider taking aspirin to reduce their risk of colorectal cancer -- particularly those with other reasons for regular use, such as heart disease prevention," said senior author Andrew Chan of the Massachusetts General Hospital.

"Our findings imply that aspirin use would be expected to prevent a significant number of colorectal cancers above and beyond those that would be prevented by screening and may have even greater benefit in settings in which the resources to devote to cancer screening are lacking."

Previous research has shown that regular aspirin use can help prevent colorectal cancer.

However, the wider effect of aspirin on all cancers was less clear.

So the researchers looked at 32 years worth of data from nearly 136,000 nurses and health professionals who answered health surveys.

People who took either a regular aspirin or a low-dose aspirin at least twice per week showed a three percent lower risk of any type of cancer than those who did not report regular aspirin use.

The protective benefit of aspirin "appeared after five years of continuous use at dosages ranging from 0.5 to 1.5 standard tablets a week or one low-dose tablet a day," said the study. 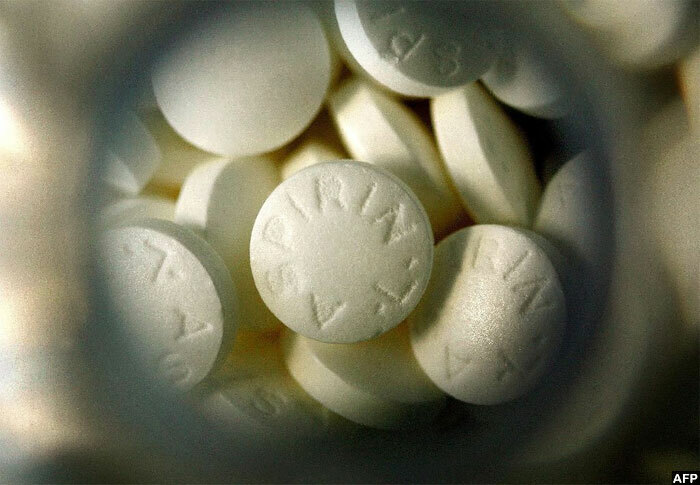 Regular aspirin use "could prevent close to 30,000 gastrointestinal tract tumors in the US each year," said the study.

The team also calculated that aspirin use could "prevent an additional 7,500 colorectal tumors among US adults over 50 who have endoscopic screening and 9,800 among the almost 30 million who are not screened."

However, when researchers looked specifically at common cancers such as breast, lung and prostate cancer, they found no risk reduction from aspirin use.

The research was based on observational studies, so it is not as strong as a randomized controlled trial.

Aspirin also carries certain risks, such as bleeding and stroke, and cannot be tolerated by everyone.

The US Preventive Services Task Force recommends aspirin to prevent colorectal cancer and cardiovascular disease among many US adults.

According to Ernest Hawk of the University of Texas MD Anderson Cancer Center, the study "is important because it suggests that aspirin use may complement colorectal cancer screening," he wrote in an accompanying editorial.

Aspirin also "may have an absolute benefit regardless" of whether patients have been screened by traditional methods, "a critical insight that few other studies have provided thus far," added Hawk, who was not involved in the study.