So many paedophile priests a 'disastrous c...
Next Story

Mozambique debris to be sent to Australia for MH370 analysis

MH370's disappearance remains one of the greatest mysteries in aviation history

Thai soldiers carry a piece of suspected aircraft debris after it was found by fishermen on January 23, at a beach in the southern province of Nakhon Si Thammarat on January 25, 2016. Thailand's air force said it would bring a piece of suspected aircraft debris - a metal panel measuring two metres (6.6 feet) by three metres - found on the southeast coast to Bangkok, amid media speculation it may belong to missing Malaysia Airlines Flight MH370. AFP PHOTO / TUWAEDANIYA MERINGING / AFP / Tuwaedaniya MERINGING

MH370's disappearance remains one of the greatest mysteries in aviation history

A piece of suspected plane debris found on the east African coast will be sent to Australia where experts will examine whether it is the latest piece in the puzzle of missing flight MH370, officials said.

The fragment of suspected aircraft wreckage was reportedly found on the coast of Mozambique, and photos of it have stirred hope it could provide clues into what befell the ill-fated Malaysia Airlines flight.

That is the same model of aircraft as the ill-fated MH370, which mysteriously vanished on March 8, 2014 on a routine overnight flight from Kuala Lumpur to Beijing with 239 passengers and crew. 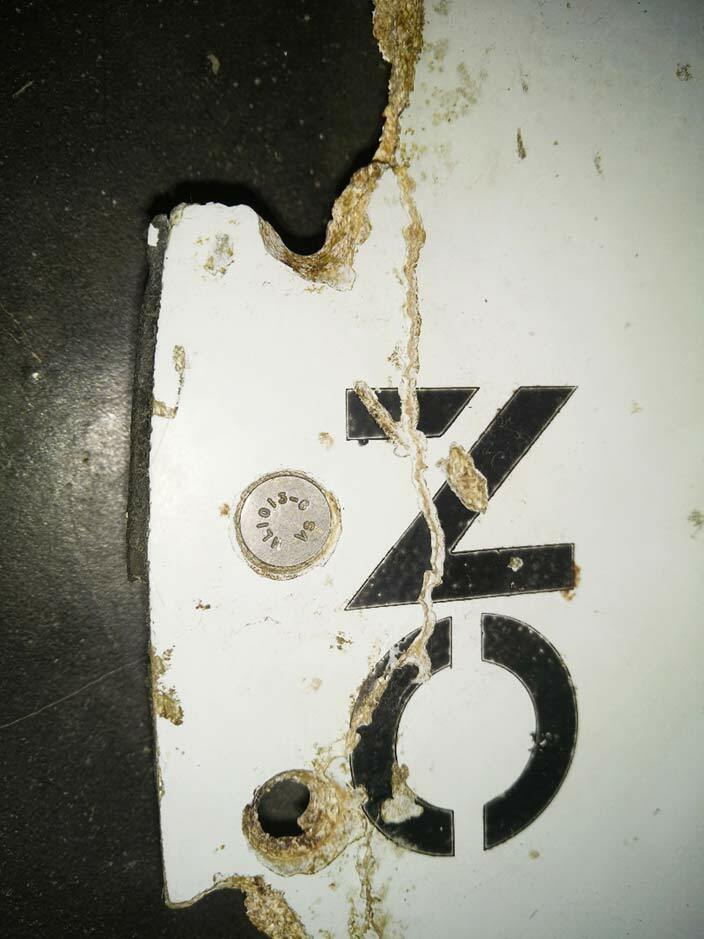 An undated handout photo received from the Australian Transport Safety Bureau (ATSB) on March 3 2016, shows a suspected piece of aircraft debris found on the coast of Mozambique, with Malaysia's transport minister saying there was a "high possibility" it came from a Boeing 777, the same model as missing flight MH370. If confirmed, it would be the second piece of debris found from MH370, which disappeared on March 8, 2014 while on a routine overnight flight from Kuala Lumpur to Beijing with 239 passengers and crew aboard. AFP PHOTO / AUSTRALIAN TRANSPORT SAFETY BUREAU / Blaine GIBSON

"The debris is to be transferred to Australia where it will be examined by officials from Australia and Malaysia, as well as international specialists," he said in a statement.

He added that the location of the possible find was consistent with oceanic drift models used by Australian authorities overseeing the huge and costly two-year deep-sea search for signs of MH370.

The saga has been marked by a history of false leads, however, and Liow cautioned against "undue speculation" until experts can have a look.

Last July, a wing fragment was found washed ashore on the Indian Ocean island of Reunion.

Experts later determined it came from MH370, the only confirmed evidence of the plane's fate so far.

Experts believe MH370 veered far off course to somewhere in the far-southern Indian Ocean, where it went down.

The news of the unconfirmed finding comes just days ahead of the disaster's two-year anniversary.

Australian officials told AFP it was not yet clear when the debris would arrive there. They said Boeing experts would be among those examining it.

The debris was first reported by US television network NBC, which said it was found by an American citizen who has blogged extensively on MH370.

Citing US, Malaysian and Australian investigators who had seen photos of the object, NBC said the debris could be a horizontal stabiliser -- a part of the tail.

He said Gibson reported finding it earlier this week.

MH370's disappearance remains one of the greatest mysteries in aviation history.

Theories of what happened include a hijacking, rogue pilot action, or sudden mechanical problem that incapacitated the crew, but there is no evidence to support any one theory.

Passengers' relatives accuse the airline and Malaysian government of a slow-footed, bungled response, as well as withholding information and treating families poorly. Both strongly deny the charges.

Families have begun filing a slew of lawsuits against the struggling carrier and the government in US, Malaysian, Chinese and Australian courts ahead of next week's two-year anniversary, which also is the deadline for launching legal action against the airline.

The number of torture victims is on the rise

Torture cases on the rise