The Supreme Court registrar said they will now serve all the three parties including President Museveni, Dr. Kiggundu and the Attorney General

In the petition filed by his legal team, Amama Mbabazi wants the results of the elections annulled.

The Supreme Court registrar said they will now serve all the three parties including President Museveni, Dr. Kiggundu and the Attorney General

The former presidential candidate Amama Mbabazi has filed a petition in the Supreme Court seeking the nullification of President Yoweri Museveni's victory in the presidential elections held on the 18th of February.

Through his lawyers Fred Muwema, Severino Twinobusinge and Michael Akampurira, Mbabazi sued President Museveni, the Electoral Commission and the Attorney General for failing to comply with the electoral laws during the polls.

Amama in his petition says that the EC failed to deliver the electoral materials on the voting day in time, which was contrary the electoral laws.

He further argues that the EC chairman Dr. Badru Kiggundu made a mistake by reading results without revealing from which polling stations they were from. 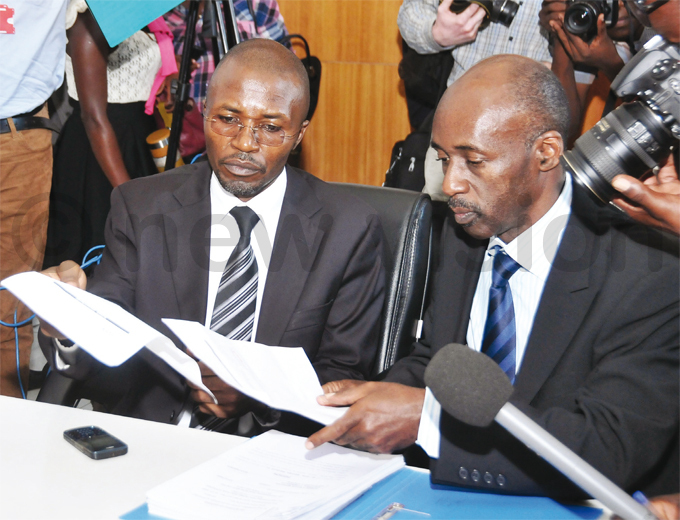 The suit also says that the NRM presidential candidate Yoweri Kaguta Museveni violated the electoral laws which prohibit bribery because he bought 18 million hoes for the people in the northern region as persuasion to vote him.

"The grounds of the petition are mainly on non-compliance where the Electoral Commission failed to follow the provisions of the law. There was no tally center for example, so where were the results Eng. Kiggundu was announcing coming from? Court should annul the results" one of Mbabazi's lawyers Severino Twinobusingye said.

The Supreme Court registrar Tom Chemutai said they will now serve all the three parties including President Museveni, Dr. Kiggundu and the Attorney General.

"The Chief Justice is going to constitute a coram of Supreme Court justices to dispose of this petition within 30 days from today. The hearing of the petition is going to be what I'd call a marathon including on weekends" Chemutai said.

He also revealed that the hearing of the case will kick off next week.