Pupils' property was reduced to ashes. Photo by Henry Nsubuga

Property worth millions of shillings was on Tuesday morning reduced to ashes following a fire outbreak in the boys' dormitory at Umar BA Islamic Centre.

The school is located at Kigunga in Mukono Municipality.

"We rushed to the scene but we could not save anything. It had already spread all over the two rooms. Fortunately, no one was injured," Ahimbisibwe said. 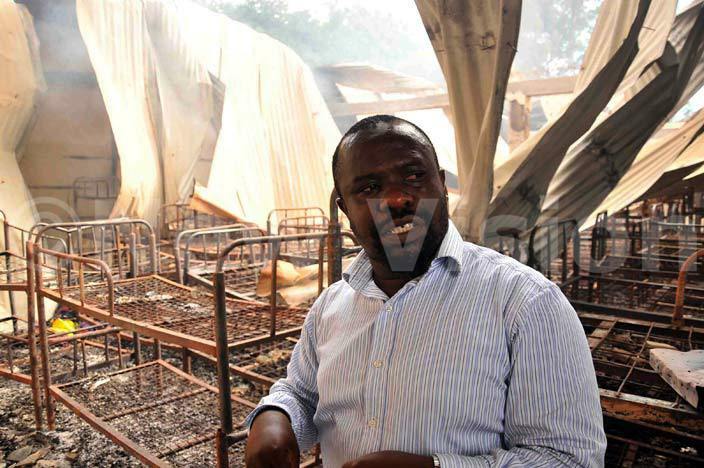 The School director, Muhammad Ssekadde said property worth over sh500m could have been destroyed. Photo by Henry Nsubuga

The school director, Muhammad Ssekadde said they incurred losses worth over sh500m.
He said he had just passed by the dormitory on his routine inspection of the morning preps but was later called when it was burning.

"I cannot tell the actual cause of this fire because the whole school uses solar power not UMEME. The school is all enclosed with a fence and I have no grudge with my neighbours or teachers," he said. 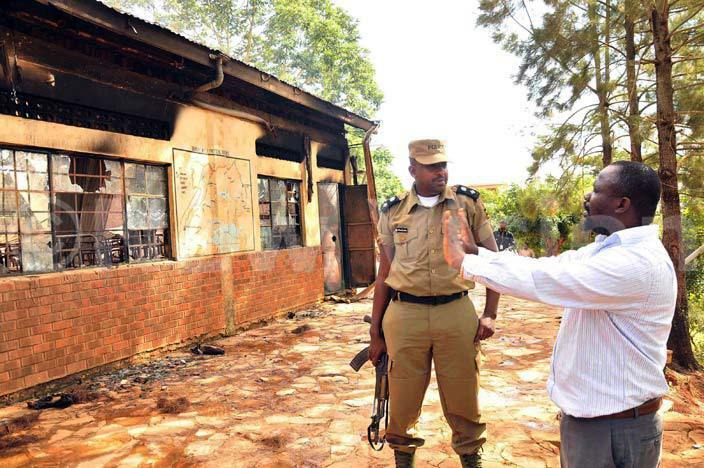 The School director, Muhammad Ssekadde explaining to the DPC Fred Ahimbisibwe how the incident occurred

Umar Sseguya, the head of wardens, said the matrons tried to put out the fire before Police arrived.

"After realising that the fire was out of control, we embarked on controlling the place to avoid any child from having access to the scene intending to rescue their property," Sseguya said.

Ssekadde said they were not going to send the affected pupils back home.