Over 10,000 displaced by Bundibugyo clashes
Next Story

Netanyahu's brother Yonatan was killed in a July 1976 commando raid in Entebbe,Uganda, to free passengers aboard an Air France plane hijacked by Palestinians

Netanyahu's brother Yonatan was killed in a July 1976 commando raid in Entebbe,Uganda, to free passengers aboard an Air France plane hijacked by Palestinians

Prime Minister Benjamin Netanyahu said Monday he plans to visit African nations for the upcoming 40th anniversary of an Israeli operation that freed hostages aboard a plane in Uganda and which led to the death of his brother.

"I've received an invitation from the president of Kenya and from others to come and visit Africa," Netanyahu told ambassadors from African nations, according to his office.

"I intend to do so around the 40th anniversary of the raid at Entebbe that was for us a very dramatic national experience. For me, obviously, one of great personal consequence."

Netanyahu's brother Yonatan was killed in a July 1976 commando raid in Entebbe,Uganda, to free passengers aboard an Air France plane hijacked by Palestinians. 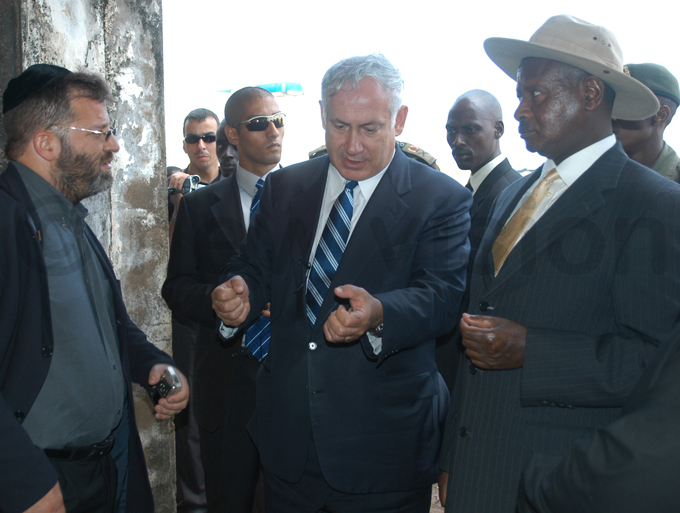 President Yoweri Museveni with then Israel minister of finance, Ben Netanyahu at Old Entebbe Airport in July 2005 during the commemoration of the Israel Raid at Entebbe in 1976. 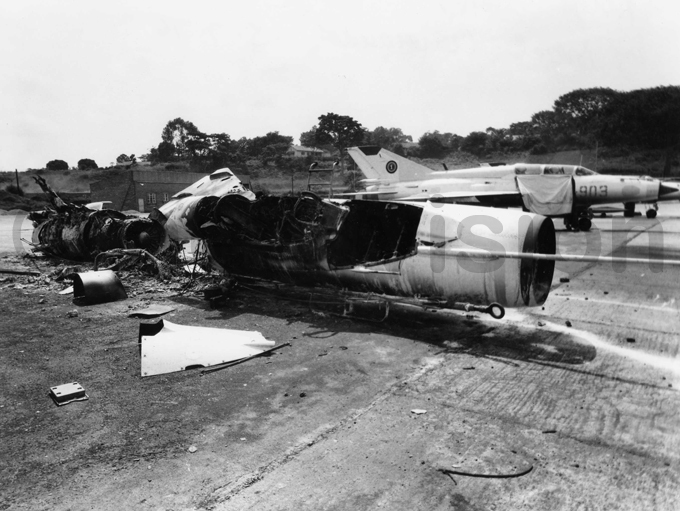 Ugandan MiGs that were destroyed during the daring raid by Israeli commandos.

The plane en route from Tel Aviv to Paris was hijacked in Athens and ordered to fly to Entebbe with 250 passengers aboard, among them 85 Israeli nationals.

By the time the commandoes arrived, all non-Israeli passengers had been released by the hijackers, leaving about 100 Israelis and crew members aboard.

The hostages were freed in the raid but 20 Ugandan soldiers and seven hijackers were killed, along with several Ugandan citizens.

The lone casualty among the Israeli assault team was Netanyahu's brother, who headed the operation.

One of the hostages, a 75-year-old Israeli woman who had been transferred to a hospital, was subsequently killed on the orders of then-dictator Idi Amin.

Netanyahu said Monday that beyond marking the anniversary of the operation, the visit would allow Israel to further improve ties with African nations, particularly on security issues.

A spokesman for Netanyahu was unable to give details on which countries he would travel to other than Kenya, whose President Uhuru Kenyatta visited Israel last week.