A Makerere University nutrition expert has advised the Uganda National Bureau of Standards (UNBS) to harmonize grains standards with the international one to protect government from being blacklisted over trading substandard commodities.

"It's important to harmonize the standards of grains with the global acceptable standards so as to protect consumers, traders and government," said Prof. Achileo Kaaya.

He was speaking during a consultation meeting on draft of East Africa standards of cereals and pulses in Kampala.

The meeting which attracted grain dealers, government officials and stakeholders in grain industry was organized by Eastern Africa Grain Council (EAGC) in conjunction with UNBS and supported by Food Trade East and Southern Africa.

The consultation was aimed at arriving at a national common position regarding grains standards of maize, soya- beans, wheat, beans and rice ahead of a key regional meeting on Monday.

Meant for the harmonization of grain standards, this meeting will take place in the Kenyan port city of Mombasa from February 29 to March 4.

Prof. Kaaya, who is the head of department of food technology and nutrition at Makerere University, pointed out that maintenance of high quality standards is critical for the success of the grain industry both in Uganda and at regional level. 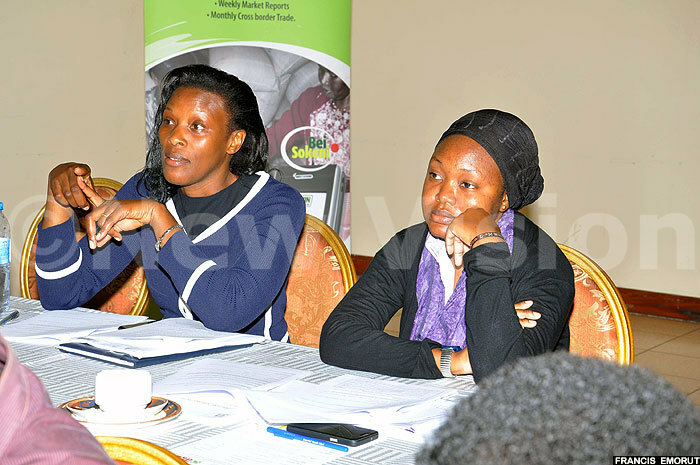 Lillian Bazaale, the country director of EAGC, cautioned participants against coming up with a position that would not favour exporters.

"We need to be mindful about our exporters so that the standards don't favour us," she said, urging members to come up with standards that are user-friendly.

The EAGC board chairman Dr. Bernard Otim also warned that grain dealers stand to lose if they don't maintain high quality standards and the country suffers as it doesn't meet international standards.

Some 5,000 metric tons of maize was rejected in Kenya earlier this month due to being substandard, he said.

"I call upon you to maintain high quality standards. Some traders want to make quick money and then it backfires and the country is affected because it's not meeting international standards."

Benjamin Aijuka, the EAGC programme manager, agreed, and urged UNBS to harmonize the standards for the success of the grain industry in the Eastern Africa region.

Meanwhile, Arthur Tabula, who is a laboratory analyst with UNBS, called on participants to speak with one voice when it comes to defending the national position at next week's regional meeting.