Why and how crime preventers is about comm...
Next Story

His Grace the Most Rev Stanley Ntagali presided over the service. Uganda born first Black Archbishop of York in the Church of England, the Most Rev and Rt. Hon Dr. John Mugabi Sentamu was the special guest preacher.

His Grace the Most Rev Stanley Ntagali presided over the service. Uganda born first Black Archbishop of York in the Church of England, the Most Rev and Rt. Hon Dr. John Mugabi Sentamu was the special guest preacher.

Last year February 16, 2015 marked the 38th Anniversary Commemoration of Archbishop-martyr Janani Luwum, the second African Archbishop of the Church of the Province of Uganda, Rwanda, Burundi and Boga Zaire and the second Bishop of Kampala Diocese, 1974-1977.

The 38th Anniversary of Archbishop-martyr Janani Luwum was marked by a historic and international commemoration service at the Martyr’s gravesite in Mucwini Church of Uganda in Kitgum District.


His Grace the Most Rev Stanley Ntagali presided over the service. Uganda born first Black Archbishop of York in the Church of England, the Most Rev and Rt. Hon Dr. John Mugabi Sentamu was the special guest preacher.


This has been done and today, Tuesday, February 16 will be the first Archbishop Janani Luwum public holiday in Uganda.

According to the New Vision above:

The Permanent Secretary of the Public Service Ministry, Catherine Bitarakwate Musingwiire, in a communication to the state broadcaster (UBC), said the process to mark the day as a public holiday in recognition of Luwum was complete. “The First Deputy Prime Minister and Minister of Public Service informs the general public that Tuesday February 16 will be a public holiday in recognition of Archbishop Janani Luwum”, the letter dated February 9, read in part.


But who was Archbishop Janani Luwum? How great is he that his recognition should deserve a public holiday? 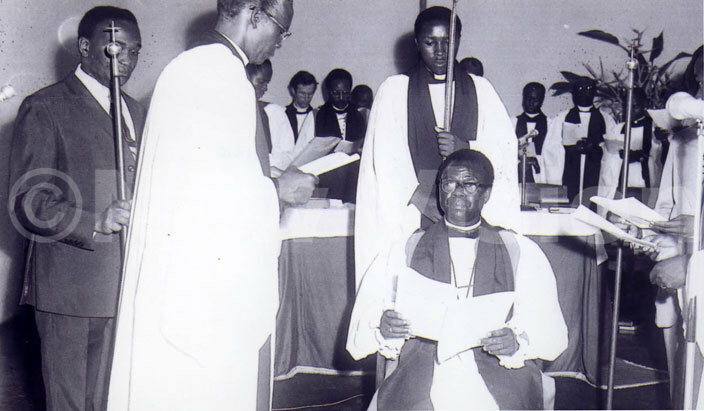 Archbishop Janani Luwum was born in 1924 in Mucwini, Chua, to Eliya Okello and Aireni Aciro. He was educated in Gulu High School and trained as a school teacher at Boroboro Teachers College, Lira. He accepted Christ as his personal Saviour in 1948, when he was a school teacher. Luwum’s conversion changed his life that the Leadership of the Chosen Evangelical Revival (CER) Movement encouraged and supported him to train for the ordained ministry of the Native Anglican Church (NAC).


Notably, late Evangelist Yusto and late Mama Josephine Amato Otunnu -- parents of Ambassador Olara Otunnu - were the pioneers of CER Movement in northern Uganda. They are the ones who led the young school teacher Janani Luwum to accept Jesus Christ as his personal Lord and Saviour in 1948.


Luwum enrolled for ordination training at Bishop Usher Wilson Theological College, Buwalasi, in present day North Mbale Diocese (Sironko District). In 1956, he was ordained Priest of then Upper Nile Diocese (which extended up to present day South Sudan) in St Phillips Church, Gulu. Thereafter, Luwum served as Parish Priest and Chaplain in a number of Parishes and Church Schools in Northern Uganda. In 1958/9, he went for the one- year Anglican leadership course at St Augustine’s College, Canterbury. On return, he was appointed tutor and rose to become deputy principal of his alma mater, Bishop Usher Wilson Theological College, Buwalasi, until 1962/3. After a brief stint as deputy principal at Buwalasi, Luwum returned to England for further studies at the London College of Divinity, now St John’s College, Nottingham. He completed the normal three-year diploma in Theology in two years!


On return home in 1965, Luwum was appointed the principal of Buwalasi, his alma mater, where he served until September 1966, when he was appointed provincial secretary to Archbishop Erica Sabiti, the first African Archbishop of the Church of Uganda, Rwanda, Burundi and Boga- Zaire. On 25th January 1969, he was consecrated and enthroned Bishop of Northern Uganda Diocese. 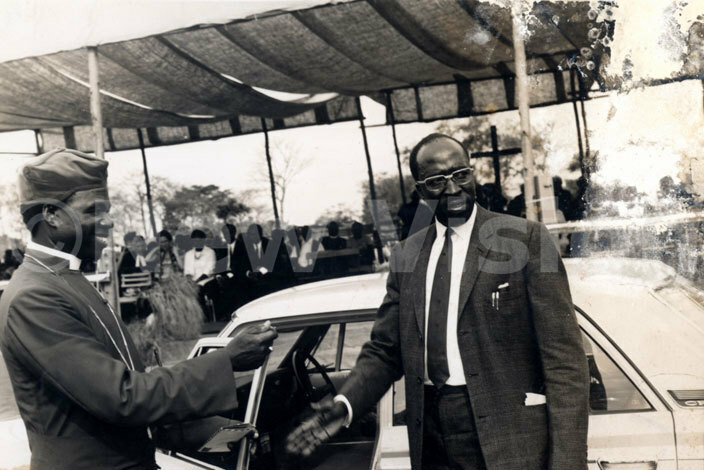 Rt. Rev. Janan Luwum(L) with the Inspector General of Police, Oryema standing by the car which was presented to the Bishop on February 25, 1969. Photo/File

On the February 16, 1977, Archbishop Janani Luwum was martyred at Nakasero by the regime of President, Gen Idi Amin Dada.

His body was taken to the Church yard at Wii Gweng, Mucwini, on February 19, 1977 where he was later buried. He is survived by his widow, Mama Mary Luwum, seven children, four sisters, two brothers and several grandchildren.


Archbishop Janani Luwum was the first sitting Archbishop in the entire Anglican Communion to be martyred in office, since Archbishops of Canterbury Thomas Cranmer and William Laud were martyred in office in 1556 AD and 1645 AD, respectively. Thus, his martyrdom on February 16, 1977 so motivated the Dean and Chapter of Canterbury Cathedral that they established a Chapel to commemorate Modern Martyrs because of Luwum’s martyrdom in Uganda. Thus, Canterbury Cathedral/Church of England was the first ecclesiastical authority in the whole of the Anglican Communion to proclaim Archbishop Janani Luwum 20th Century African Martyr. Henceforth, Archbishop-martyr Luwum has been referred to as “Blessed Janani” in the Special Prayers (Collect) of the Church of England. The Modern Martyrs Chapel in Canterbury Cathedral was dedicated in July 1978 during Lambeth ’78.

In May 1982, Pope John Paul II became the first Pope to visit Canterbury Cathedral since the 16th Century. He and Archbishop of Canterbury, Dr. Robert Runcie, knelt in the Chapel for Modern Martyrs — made possible by the martyr’s blood of Blessed Janani Luwum -- and prayed for Christian reconciliation.

In July 1998, Blessed Janani Luwum’s statue was unveiled on the West Wall of Westminster Abbey, London, among statues of 10 other 20th Century Martyrs.

Tell her about menstruation

I'm no longer sexually attracted to my husband

Would you wash his underwear?