Sex and Zika: Risk of virus spread?
Next Story

In the 30 countries where the practice is most widespread, the majority of girls have undergone FGM before their fifth birthday.

In the 30 countries where the practice is most widespread, the majority of girls have undergone FGM before their fifth birthday.

At least 200 million girls and women worldwide have been subjected to female genital mutilation with half of those living in Egypt, Ethiopia and Indonesia, according to the UN children's agency.

Somalia, Guinea and Djibouti continue to show the highest prevalence of FGM globally, but the overall rate in some 30 countries has dropped, said a UNICEF report released ahead of International Day of Zero Tolerance for FGM, on Saturday.

The United Nations is working to end the practice of cutting women's genitalia by the target date of 2030, a goal set in its new development agenda that was adopted in September by all UN member-states.

In the 30 countries where the practice is most widespread, the majority of girls have undergone FGM before their fifth birthday, said UNICEF which declared the practice a clear violation of children's rights.

"In countries like Somalia, Guinea and Djibouti, the practice is practically universal," said Claudia Cappa, the lead author of the report.

"Being born in those countries means you have 9 out of 10 possibilities of undergoing the practice."

The prevalence rates for FGM in Somalia stands at a staggering 98 percent for Somalia, 97 percent for Guinea and 93 percent for Djibouti.

The new global figure on FGM includes nearly 70 million more girls and women than the last estimate for 2014, largely due to new data provided by Indonesia and population growth in some countries. 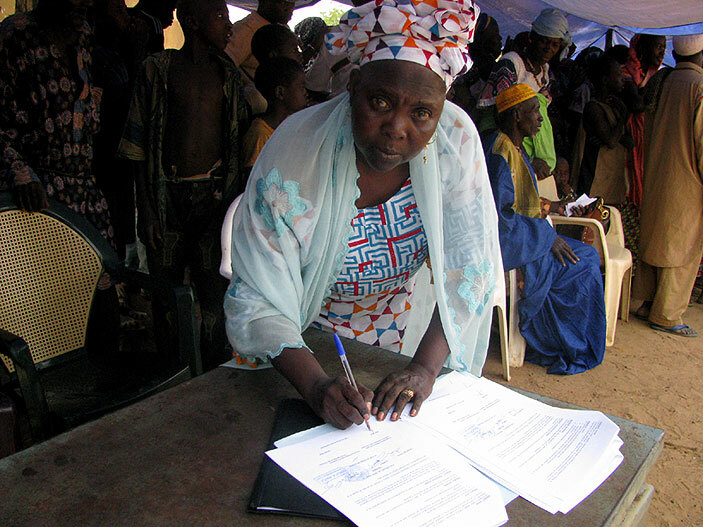 Overall, the prevalence of FGM among teenage girls has dropped in the 30 countries, from 51 percent in 1985 to 37 percent today.

There have been major strides in Liberia, Burkina Faso, Kenya and Egypt to end the mutilation of girls.

Attitudes are changing, Cappa said, pointing to surveys showing that a majority of people in those countries want the practice to end.

"We need to support national efforts to promote the abandonment of the practice," said Cappa, pointing to successes in efforts to "change the way communities see FGM and cutting."

The new legislation in Gambia is seen as a major step forward as the country has the highest prevalence of FGM among girls 14 and younger -- 56 percent.

Some 54 percent of girls under 14 have undergone FGM in Mauritania as have about half of girls 11 and younger in Indonesia.

Despite gains, the rate of progress does not keep up with population growth, said Cappa, who called for stepped up efforts to address FGM.