"The important action to take is to ensure that all men in affected countries and male travellers returning from affected regions ensure they practise safe sex."

Aedes aegypti mosquitos are photographed in a laboratory at the University of El Salvador, in San Salvador

"The important action to take is to ensure that all men in affected countries and male travellers returning from affected regions ensure they practise safe sex."

A case of sexual transmission on US soil of the tropical, mosquito-borne Zika virus, has stirred unease among ordinary people and experts alike.

The lone case, reported Tuesday, has highlighted how little we know about the virus circulating in Latin America and the Caribbean, where it is suspected of causing a surge in brain-damaged babies.

The infection of a Texan by a partner back from Venezuela, was only the second reported case of sexual transmission since the Zika virus was discovered in 1947.

It has raised many new questions about the infection, which is harmless to most people and often asymptomatic.

How long does the virus live in sperm? Can people without any symptoms pass it on? What is the level of risk from sex? Nobody quite knows. 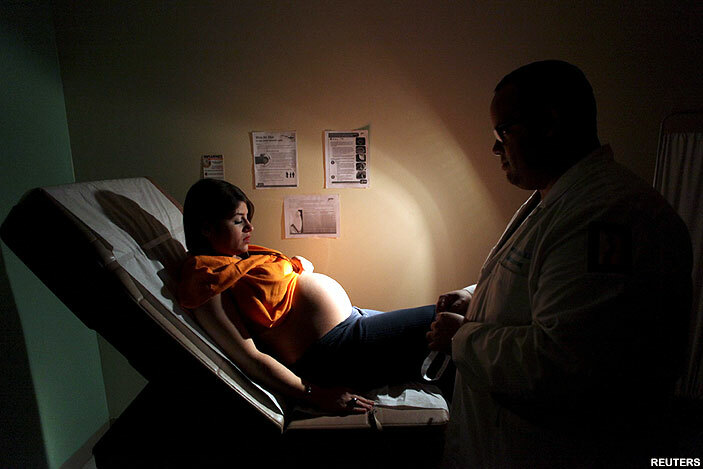 Noriany Rivera, who is 40 weeks pregnant, looks at her belly as she listens to a doctor during a routine check up, as fliers explaining how to prevent Zika, Dengue and Chikungunya viruses are posted on the wall, at a public hospital in San Juan, Puerto Rico

Here is what the experts say.

Does sex represent a dangerous new avenue for Zika spread?

"In 2008, an American scientist on a field trip to Senegal became infected with Zika virus and is thought to have transmitted it to his wife through sexual contact on his return home. Zika virus has also been found in semen from an individual who was infected during the 2013 outbreak in French Polynesia.

"Given the information we have, potentially over a million cases of Zika caused by mosquito transmission (in the current outbreak) versus two cases of sexual transmission, the additional risk appears small."

- Ed Wright, senior lecturer in medical microbiology at the University of Westminster


"Zika remains a disease primarily spread through mosquito bites (which warrants protection against getting bitten)."


"This route of transmission may be sufficiently rare (compared to spread by mosquitoes) that it will have little impact on the spread of the outbreak. Further research is clearly needed in this regard." 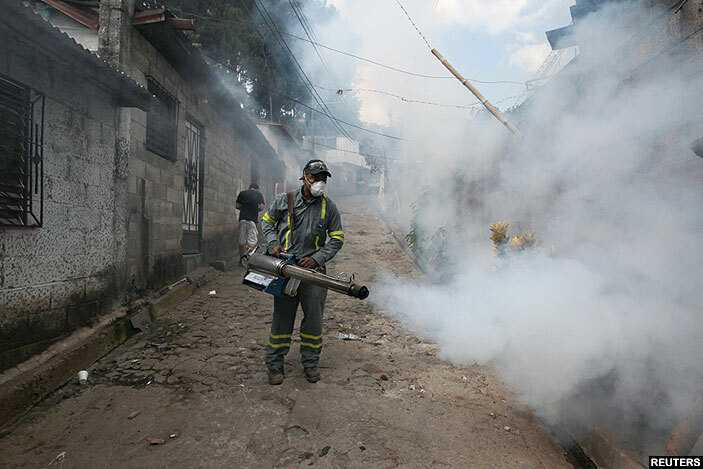 City health workers fumigate the Guadalupe community as part of preventive measures against the Zika virus and other mosquito-borne diseases in Santa Tecla, El Salvador

What is the safest course of action?

"The important action to take from this case is to ensure that all men in affected countries and male travellers returning from affected regions ensure they practise safe sex and use condoms, particularly if they are unwell with any symptoms that might suggest they are infected with Zika virus." These could include fever, headache, muscle or joint pain, and a rash.


"There is no systematic information on the duration of excretion of the virus in sexual secretions and studies are needed to document whether it remains infectious beyond a few weeks. It is thus advisable adults exposed to Zika follow the recommendation of using condoms until more information becomes available."


"The main implication is that unprotected sex should be avoided both when visiting affected areas, and also after recovery from any feverish illness contracted during visits to such an area until absence of virus in seminal fluid can be confirmed." 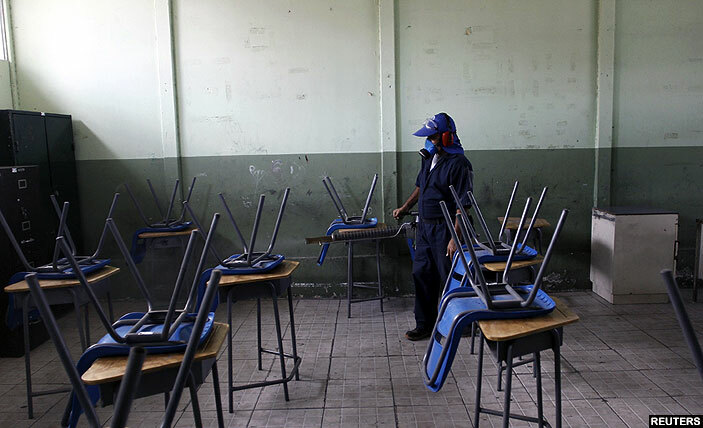 A health worker fumigates a school to help control the spread of the mosquito-borne Zika virus, in a slum of San Jose, Costa Rica

Forced marriages, too many babies quash hope for Niger's girls