Exiled Burundian refugees see no end to th...
Next Story

The tougher rules come after Germany, the European Union's powerhouse economy, took in some 1.1 million migrants in 2015.

Sweden, a country of 9.8 million, took in more than 160,000 asylum seekers in 2015, putting it among the EU states with the highest proportion of refugees per capita

The tougher rules come after Germany, the European Union's powerhouse economy, took in some 1.1 million migrants in 2015.

Germany moved Thursday to toughen its asylum policies, as Finland and Sweden announced plans to deport tens of thousands of people in a bid to contain the migrant crisis.

Vice Chancellor Sigmar Gabriel announced that Germany will place Algeria, Morocco and Tunisia on a list of "safe countries of origin" -- meaning their nationals would have little chance of winning asylum.

Some migrants will also be blocked from bringing their families to join them in Germany for two years, Gabriel said.

The tougher rules come after Germany, the European Union's powerhouse economy, took in some 1.1 million migrants in 2015 -- many of them refugees fleeing conflict in Syria.

German Chancellor Angela Merkel has come under fierce pressure in recent months to reverse her open-arms policy to those fleeing war and persecution, including opposition from within her own conservative camp.

The two Nordic countries are both struggling to cope with an influx of refugees and migrants fleeing misery in the Middle East and elsewhere -- receiving amongst the highest numbers of arrivals per capita in the EU. 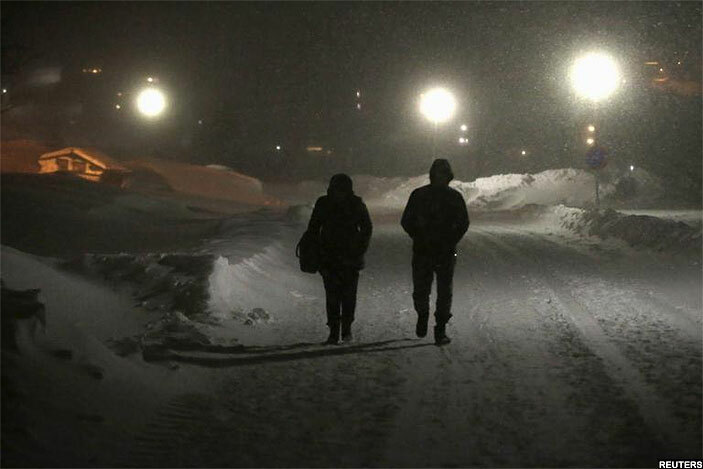 The Finnish government expects to deport around two thirds of the 32,000 asylum seekers that arrived in 2015, Paivi Nerg, administrative director of the interior ministry, told AFP.

"In principle we speak of about two thirds, meaning approximately 65 percent of the 32,000 will get a negative decision (on their asylum applications)," she told AFP.

In neighbouring Sweden, Interior Minister Anders Ygeman said Wednesday that the government is planning over several years to deport up to 80,000 people whose asylum applications are set to be rejected.

"We are talking about 60,000 people but the number could climb to 80,000," he told Swedish media, adding that, as in Finland, the operation would require the use of specially chartered aircraft.

He estimated that Sweden would reject around half of the 163,000 asylum requests received in 2015.

"Otherwise we would basically have free immigration and we can't manage that," he told news agency TT.

The clampdown came as at least 31 more people died trying to reach the European Union.

Greek rescuers found 25 bodies, including those of 10 children, off the Aegean island of Samos, in the latest tragedy to strike migrants risking the dangerous Mediterranean crossing hoping to start new lives in Europe.

The Italian navy meanwhile said it had recovered six bodies from a sinking dinghy off Libya -- and in Bulgaria, the frozen bodies of two men, believed to be migrants, were found near the border with Serbia. 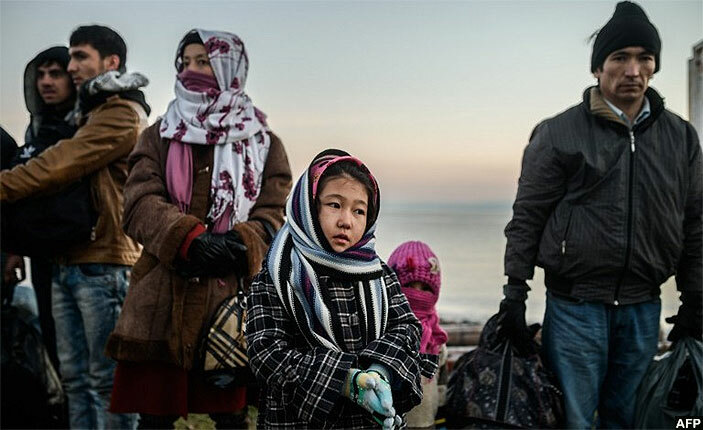 Nearly 4,000 people died trying to reach Europe by sea last year, according to the International Organization for Migration.

'Einstein was a refugee'

The new German rules on family reunification will mean migrants with so-called "subsidiary protection", a status just below that of refugee, will be blocked from bringing their families to join them in Germany for two years.

The status is granted to some rejected asylum seekers who still cannot be expelled because they risk torture or the death penalty in their own country.

The cutoff on migrants from Algeria, Morocco and Tunisia follows a chorus of demands in recent weeks to step up expulsions after a rash of sex assaults in Cologne on New Year's Eve blamed by police on North Africans.

As Europe struggles to respond to its biggest migration crisis since World War II, a top Dutch politician said the Netherlands was working with some EU members on a plan to send migrants back to Turkish soil.

The proposal would see asylum granted to up to 250,000 others already hosted by Turkey, Diederik Samsom said.

But rights group Amnesty International blasted the plan, saying it was "fundamentally flawed since it would hinge on illegally returning asylum seekers and refugees".

The UN's new refugee chief Filippo Grandi said on Thursday that rich countries have the means to take in the world's refugees, despite the complex political situation in Europe.

And he defended the contribution that refugees can play in building Europe's economy, insisting they should not be seen as a burden.

"Refugees have skills. They deserve our efforts," Grandi told a press conference with OECD chief Angel Gurria in Paris.

"Einstein was a refugee. We should not forget that."

Museveni tips on election of leaders