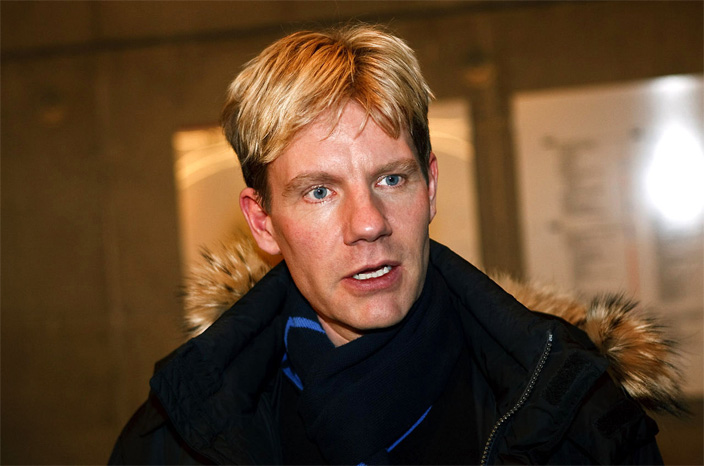 Africa is the world's most "renewable" continent when it comes to energy. In the rich world, renewables account for less than a tenth of total energy supplies. The 900 million people of Sub-Saharan Africa (excluding South Africa) get 80% of their energy from renewables.

While a person in Europe or North America uses 11,000 kWh per year on average (much of it through industrial processes), a person in Sub-Sahara Africa uses only 137kWh - less than a typical American refrigerator uses in four months. More than 600 million people in Africa have no access to electricity at all.

All this is not because Africa is green, but because it is poor. Some 2% of the continent's energy needs are met by hydro-electricity, and 78% by humanity's oldest "renewable" fuel: wood. This leads to heavy deforestation and lethal indoor air pollution, which kills 1.3 million people each year.

What Africa needs, according to many activists, is to be dotted with solar panels and wind turbines. But when US President Barack Obama hosted a summit of African leaders in 2014, most said they wanted more fossil fuels. In the words of Tanzanian Minerals and Energy Minister Sospeter Muhongo: "We will start intensifying the utilization of coal....Why shouldn't we use coal when there are other countries where their CO2 per capita is so high?....We will just go ahead."

Europe and North America became rich thanks to cheap, plentiful power. In 1800, 94% of all global energy came from renewables, almost all of it wood and plant material. In 1900, renewables provided 41% of all energy; even at the end of World War II, renewables still provided 30% of global energy. Since 1971, the share of renewables has bottomed out, standing at around 13.5% today. Almost all of this is wood, with just 0.5% from solar and wind.

The International Energy Agency estimates that if all countries fulfill the pledges made at the Paris climate change conference last month, the proportion of renewables could increase slightly in the next 25 years, to 18.7%. In the IEA's more likely scenario, the share will reach just 15.4%.

Most of that "renewable" energy will still come from crop residue, cow manure, wood, and biofuels. While a solar panel can provide energy for a light bulb and a charge for a cell phone, it does little to help run stoves to avoid indoor air pollution or fridges to keep vaccines and food fresh, much less power agriculture and industry. By 2040, in the IEA's optimistic scenario, solar power in Sub-Saharan Africa will produce 14kWh per person per year, less than what is needed to keep a single two-watt LED permanently lit. The IEA also estimates that renewable power will still cost more, on average, than any other source - oil, gas, nuclear, coal, or hydro, even with a carbon tax.

Few in the rich world would switch to renewables without heavy subsidies, and certainly no one would cut off their connection to the mostly fossil-fuel-powered grid that provides stable power on cloudy days and at night (another form of subsidy). Yet Western activists seem to believe that the world's worst-off people should be satisfied with inadequate and irregular electricity supplies.

In its recent Africa Energy Outlook, the IEA estimates that Africa's energy consumption will increase by 80% by 2040; but, with the continent's population almost doubling, less energy per person will be available. Although nearly one billion additional people will gain access to electricity by 2040, 530 million will still be cut off.

But the IEA outlines another possible future - what it calls the "African Century" - in which Africa's governments and donors invest an extra $450 billion in energy. This would sharply increase the use of fossil fuels, reduce much of the most polluting renewables, and provide energy access to 230 million more people. Providing more - and more reliable - power to almost two billion people will increase GDP by 30% in 2040. Each person on the continent will be almost $1,000 better off every year.

In Western countries, environmental campaigners would focus on the downside - 300 million tons of additional CO₂ emissions in 2040, and higher outdoor air pollution from greater reliance on coal power - and ask why anyone would want to increase CO₂ and air pollution. But let's look at the costs and benefits.

The almost four billion extra tons of CO₂ emitted over the next 25 years would cause about $140 billion in damage from global warming, using the US official (though, likely somewhat exaggerated) social cost figure. The increase in coal use would lead to more air pollution, costing about $30 billion during this period.

At the same time, Africa would become almost $7 trillion richer. Indoor air pollution would essentially be eliminated for about 150 million more people, with social benefits worth nearly $500 billion. And power would reach 230 million extra people, generating benefits worth $1.2 trillion.

In other words, the total costs of the "African Century," including climate- and health-related costs, would amount to $170 billion. The total benefits, at $8.4 trillion, would be almost 50 times higher.

The same general argument probably holds for India and other developing countries. In China, for example, CO2 emissions have increased 500% since 1981; but the country's poverty rate plummeted - from 89% then to less than 10% today.

In wealthy countries, campaigners emphasize that a ton of CO2 could cost some $50 and should be taxed to reduce emissions. But for Africa, the economic, social, and environmental benefits of more energy and higher CO2 run to more than $2,000 per ton. Focusing on the $50 in cost and ignoring the $2,000 in benefits is willful blindness.

One day, innovation could drive down the price of future green energy to the point that it lifts people out of poverty more effectively than fossil fuels do. Globally, we should invest much more in such innovation. But global warming will not be fixed by hypocritically closing a path out of poverty to the world's poor.