What if oil was discovered under Besigye, ...
Next Story

Some of the girls learn how to prepare Matooke during the Kisaakaate at St. Juliana High School Gayaza, Wakiso district on January 14, 2016. Photo/ Nicholas Oneal

According to the Kabaka's spokesperson Dick Kasolo, the Kabaka of Buganda is pleased to close this year's edition of the Kisaakaate.

"The Kabaka is expected at the venue at around 8:00am on Sunday, he will officially open the one-mile road renovated by the Kisaakaate children through Bulungi- bwansi before proceeding to the main function," he said.

The two-week long edition kicked off on January 3rd with over 600 children between the ages of 11 and 18. The boys learn how to slaughter chicken

The Kisaakaate "The Royal Enclosure" is an initiative of the Nabagereka of Buganda, Slyvia Naginda, aimed at revitalising and strengthening moral values, leadership, domestic duties, spiritual and practical skills among children and youth in Buganda. 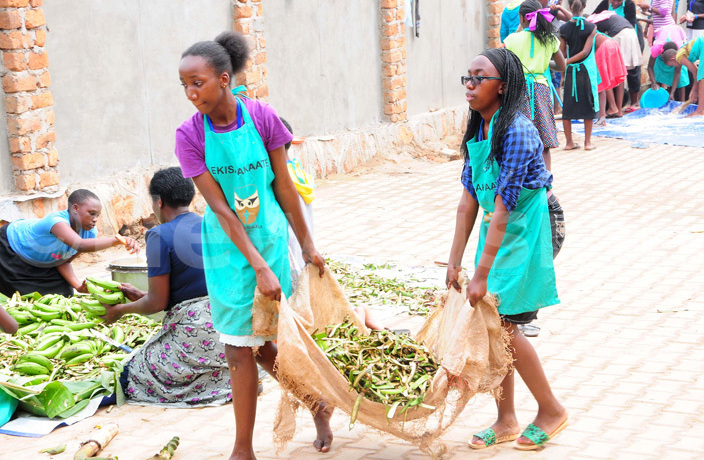 The camp attracted participants from across the country.

During a guided tour on Thursday, Children were seen learning a number of things including economic development, prosperity, personality development and sex, among other topics.

She said children were also taught how to reduce the time they spend on social media like Facebook. 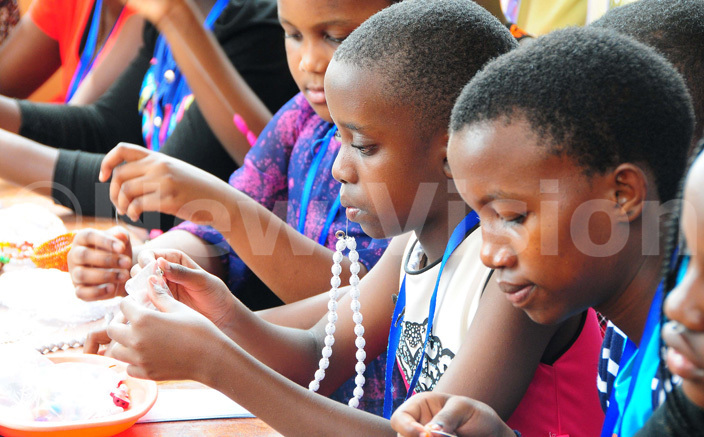 Some of the children learn how to make jewelry using beads

Tendo Namala, 13, a beneficiary, said she has learnt how to do domestic chores.

"We have maids at home and they do not allow us to do any work before and after school" she said.

Over 5,000 children have been trained at Kisaakaate since it started.