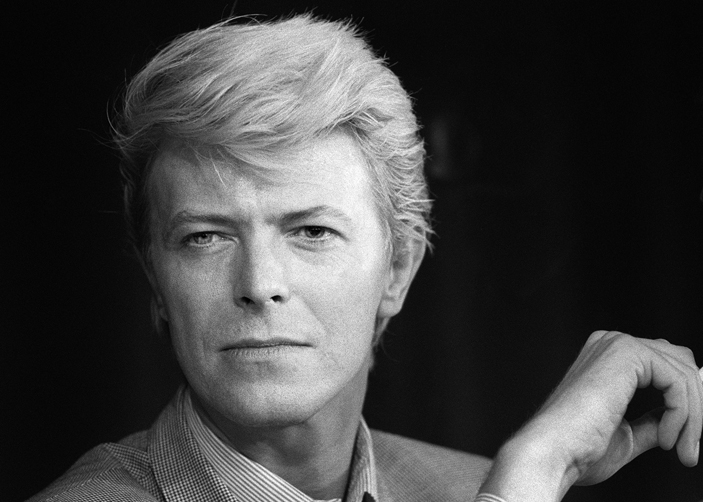 British music legend David Bowie has died at the age of 69 after a secret battle with cancer, drawing an outpouring of tributes for one of the most influential and innovative artists of his time.

A notoriously private person, Bowie's death came as a shock for the world just days after he had released his 25th studio album "Blackstar" on his 69th birthday on Friday.

"David Bowie died peacefully today (Sunday) surrounded by his family after a courageous 18 month battle with cancer," said a statement posted on his official social media accounts on Monday.

The death brings the curtain down on an extraordinary musical innovator and style icon, with a career dating back to his first major hit "Space Oddity" in 1969, about an astronaut called Major Tom who became lost in orbit.

Tributes poured in from the world of music, show business and politics for the singer-songwriter, producer and actor hailed as a visionary and master of re-invention.

The Rolling Stones hailed Bowie as an "extraordinary artist".

Fans left flowers and messages at a mural of Bowie's face painted with a lightning bolt in Brixton, the district of south London where he was born David Robert Jones on January 8, 1947.

Although Bowie left school with just one qualification, an "O-level" in art, he went on to sell an estimated 140 million records worldwide, with his biggest-selling album "Let's Dance" selling seven million copies.

In the first of many re-inventions that were to make him a style icon, he named himself David Bowie in 1966 to avoid confusion with Davy Jones, lead singer with Beatles rivals The Monkees, and studied Buddhism and mime.

The twice-married Bowie was notorious in the 1970s for his hedonistic lifestyle and ambiguous sexual orientation, once declaring he was bisexual but then retreating from his comments.

The 1970s -- the decade that saw him dominate the British music scene and conquer the United States -- brought forward a string of successful albums.

It began with the critically acclaimed "Hunky Dory", continued with "The Rise and Fall of Ziggy Stardust and the Spiders from Mars" -- whose hits included "Starman" and "Suffragette City" -- followed by the rock album "Aladdin Sane", the apocalyptic "Diamond Dogs" and a fling with so-called plastic soul, "Station to Station."

He then switched gears once more, moving to Berlin to work with the electronic experimentalist Brian Eno product a trio of albums -- "Low", "Heroes" and "Lodger".

The 1980s saw him win over a new generation with "Let's Dance", which yielded the hit singles "China Girl" and "Modern Love", and a 1985 team up with Mick Jagger for a cover of "Dancing in the Street" that helped to push the BandAid and LiveAid charity projects.

His chameleon-like ability to reinvent his image, drawing on everything from mime to kabuki theatre, was accompanied by a string of albums until heart problems curtailed his productivity in the 2000s.

He also appeared in films in acting and cameo roles, from his striking appearance in the cult 1986 film "Labyrinth" to playing a prisoner of war in Japan in 1983's "Merry Christmas, Mr Lawrence" and inventor Nikola Tesla in "The Prestige" in 2006.

He surprised the world by launching a surprise single "Where are We Now?" on his 66th birthday in 2013 after a decade of silence, recalling his days in Berlin in the 1970s and hailed by critics as a major comeback.

An innovator to the end, Bowie on Friday released his final album "Blackstar".

A dark work marked by tense instrumentation, a sense of dread and lyrics about mortality, the work is cast in a new light by the revelation of how ill he was when he created it.

Its third track "Lazarus" begins with the lyrics "Look up here, I'm in heaven, I've got scars that can't be seen."

Long-time collaborator Tony Visconti wrote on Facebook that he had known for a year what was coming.

"His death was no different from his life -- a work of Art," Visconti wrote. "He made Blackstar for us, his parting gift."

He leaves behind his second wife Iman, a supermodel who he married in 1992 and with whom he had a daughter, Alexandria Zahra Jones. He also had a son, film director Duncan Jones, with his first wife Angie Bowie.

Bowie had last performed in 2006 and was rarely seen in public. BBC News reported that he died in his adopted city, New York.

The news shocked London Men's Fashion Week, which kicked off this weekend, with Designer Paul Smith paying tribute to Bowie as he showed his autumn/winter 2016 collection.

Germany thanked Bowie for what it said was his role in helping topple the Berlin Wall in 1989, in a tweet with a link to a video of his Cold War-era anthem "Heroes" set in the then-divided city.

"For gay people, he was a leading light to give us hope," charity worker Charlie Rice, 66, said at the Brixton mural. "He was fearless."

One tribute came from a real star man: British astronaut Tim Peake wrote from the International Space Station: "Saddened to hear David Bowie has lost his battle with cancer -- his music was an inspiration to many."