A staff member of the South African Breastmilk Reserve in Johannesburg holding a bottle of pasteurised breast milk. (AFP)

Patrick, a premature baby weighing a minuscule 1.2 kilos (2.65 pounds), was "saved" by a breast milk bank in South Africa, where child mortality is high despite being the continent's most developed economy.

"It was a question of life and death because of the fact he could not go on formula," said his 39-year-old mother Annerleigh Bartlett.

"There was no way. He was too little."

Bartlett, from Cape Town, wasn't producing her own milk yet, and the formula can damage premature babies' intestines.

So, for the first two weeks of his life, Patrick relied for his survival on breast milk donated by anonymous women. 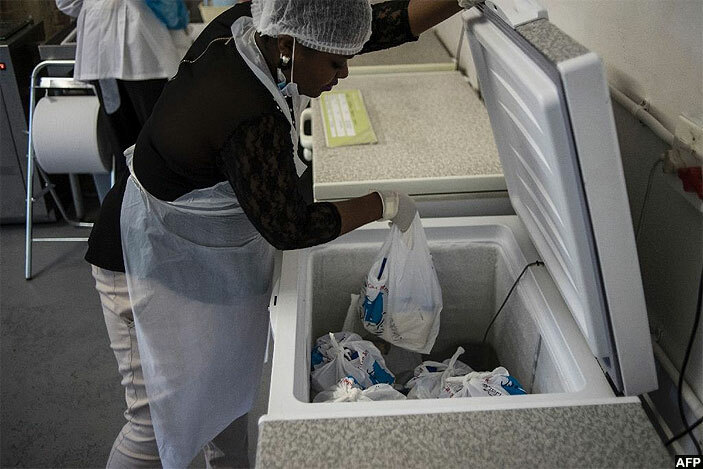 "Every drop counts," said a poster at the headquarters of the South African Breastmilk Reserve (SABR), a network of milk banks which supply 87 hospitals and feed over 2,800 children this year.

"Human milk banks should be promoted and supported as an effective approach to reduce... mortality for babies who cannot be breastfed," said South Africa's ministry of health in a recent report.

"South Africa has a much higher nutrition problem than countries at comparable income levels."

South Africa's infant mortality rate was 32.8 deaths per 1,000 births in 2013 -- far higher than countries such as Egypt, Algeria or Indonesia. 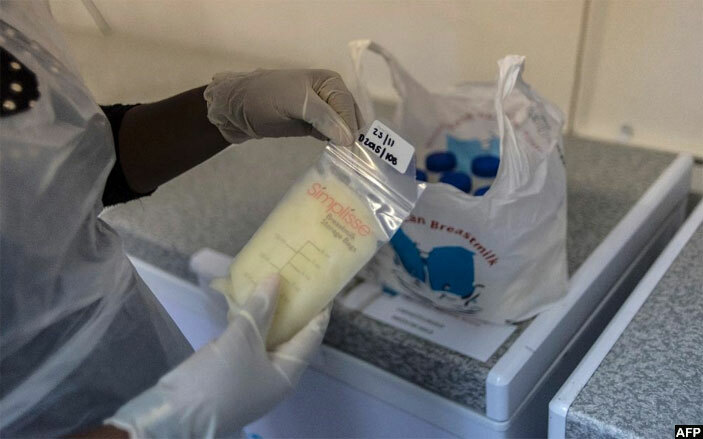 The principle of milk banks in South Africa is simple: mothers donate milk, which is tested, pasteurised, then delivered to babies in need

Children who are exclusively breastfed are 14 times more likely to survive in the first six months of life than formula-fed children, according to the United Nations Children's Fund, UNICEF.

But South Africa has very low breastfeeding rates at just 7.4 percent, partly as a result of prevalent poverty and effective marketing by baby formula companies.

Soon after having their babies, many poor mothers need to get working again.

"Many of these moms are not employed in the formal sector. They don't get maternity benefits," said Chantell Witten, researcher at the North West University Center of Excellence for Nutrition in South Africa.

"It means that moms are not with their baby, so they start formula feed.

"These babies don't get the right formula because moms can't afford to feed adequately and appropriately."

There is also a pervasive belief in South Africa that formula milk is better for the baby.

"A lot of poor people think that rich people formula-feed. They aspire for the best for their children," said Stasha Jordan, SABR's director, describing some of the marketing for formula as "aggressive".

Until 2011, formula was distributed for free to prevent transmission of HIV from mother to child, another factor leading towards a bias to using formula over milk.

But experts say attitudes towards breast milk are changing.

Baby formula advertisements have been banned in magazines and billboards since 2012 and South Africa now encourages HIV-positive mothers to breastfeed as long as they are taking antiretrovirals. 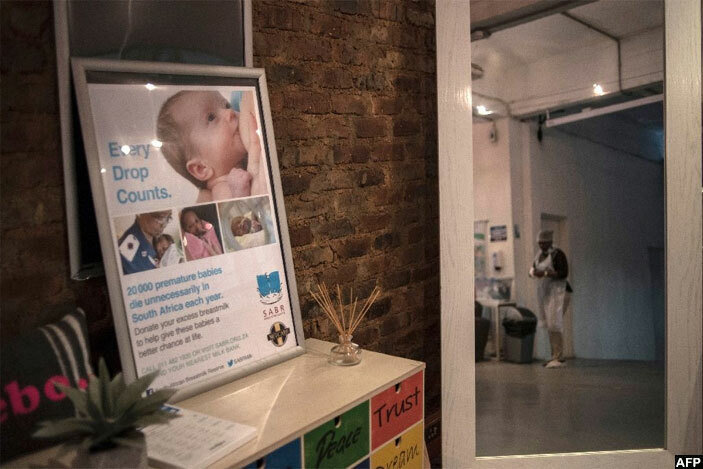 South Africa has very low breastfeeding rates at just 7.4%, partly as a result of prevalent poverty and effective marketing by baby formula companies

Still, there is some way to go.

"First we were very uncomfortable, knowing that it is a fluid from someone else," said Pradesh Mewalala, whose twins Anya and Ariana were born prematurely.

Mewalala eventually agreed to use the milk, a decision that saved his daughters.

The milk undergoes strict microbiological screening and donors must take AIDS and Hepatitis B tests.

Patrick is now a vibrant six-month-old baby. Eventually, his mother was able to breastfeed.

It's now her turn to be a donor at the Milk Matters bank in Cape Town.

"I needed to pay back the institution that helped me and our child kind of survive," said Bartlett.

"I managed to provide three litres of milk... to assist with feeding 20 babies for a period of 24 hours."

We only fear South Africa-Uganda