Measure output not input in 2016
Next Story

There has to be solution to Kasese floods

The Nile Basin states should focus on how to minimise the water lost to evaporation and other sources.

The Nile Basin states should focus on how to minimise the water lost to evaporation and other sources.

The Egyptian Minister  for  Water Resources and Irrigation, Professor  Hossam Moghazy (pictured),  was in Uganda recently for a three-day visit (December 15 -17) where he signed and concluded some agreements with his Ugandan counterpart,  Professor Ephraim Kamuntu,  the Water and Environment  Minister. Vision Group's Isaac Omoding and David Mugabe caught up with him at Sheraton Kampala Hotel for an exclusive interview. Below are the excerpts:

QUESTION: Honourable minister, what has made you travel to Uganda?

RESPONSE: We have started the implementation of the fourth phase of the project as in the agreement signed in January 2013 amounting to $2m that is meant to do activities such as: the construction of 12 rainwater harvesting dams; four fish ponds, two landing sites (Kaliro- Amolatar), completion of the works at Masese landing site, removal of water hyacinth and other aquatic weeds from Lakes Kyoga, Victoria, Albert and the Kagera River mouth and the maintenance of all project equipment.

The Mosahmet El-Beheera Company (MBC) started the implementation of the project activities on March 18, 2014.  The overall progress of work by MBC under this component stands at 62 %.

What has the project achieved so far?

The project conducted training programmes for technical experts as follows:

What else has been done among those agreed on earlier?

The final decision on completion of civil works at Masese landing site from Jinja municipality was resolved and the handling procedures.

You had a meeting with Uganda's water and environment minister, Prof. Ephraim Kamuntu, what decisions did the two of you arrive at?

We signed an agreement where Egypt has committed $4.5m towards managing the destructive Kasese floods at the foot of the Rwenzori Mountains.

Part of the money will be used to clean and unblock the river and build embankments that minimise floods. The flood problem is annual but there has been no solution.

This project is expected to be completed in five months and Arab Constructors will undertake the construction works. Egypt's policy of supporting projects like this forms part of the long-term dream of building relations within the Nile Basin states. Egypt is also mooting a grand water transport system that should connect the hinterland lakes and rivers like Victoria to the Mediterranean Sea.

The Nile Basin states should focus on how to minimise the water lost to evaporation and other sources so that the full resource of the Nile is utilised instead of focusing on the about 100 billion cubic metres.

How do we find more water than what we have?

Our resources are sufficient and enough if we work together and we can double the 100 billion cubic metres.

How is Egypt's relationship with the Nile Basin countries?


Egypt has some bilateral cooperation with Uganda's Ministry of Agriculture, Animal Industry and Fisheries; what does this co-operation cover specifically?

Our technical cooperation begun in 1999 by launching the Ugandan-Egypt Aquatic Weed Control Project (UEAWCP) as response from Egypt to help resolving the blockage of Lake Kyoga   due to the increase of rain in the Equatorial region. US$20.4m was allocated to this activity. Our project is, and stills a fruitful story of success between riparian countries in the Nile Basin.

Egypt has been providing its support to our brothers and sisters in the Nile Basin to boost development in a sustainable manner for the welfare of Nile communities. 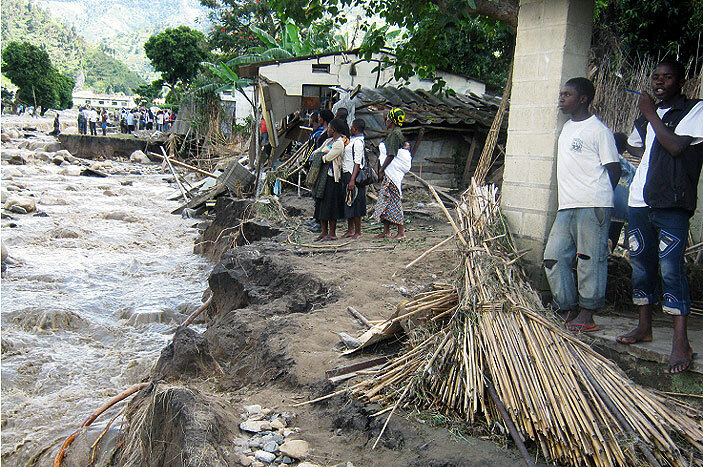 What achievements so far can you share with us?

Many achievements have been made during the three phases of the project ( 1999-2011) such as:

What commitments does Egypt have with the Nile Basin countries?

Egypt supports the development process in the Nile Basin countries. Regional co-operation must be fostered in a collective manner.

There are also lessons learned from the history of co-operation in the Nile Basin. These include the importance of allowing "enough time" to build trust, the necessity of yielding positive results for a "carry-on" conviction, the value of the role of the international community on bridging gaps, the indispensability of the political-will, setting a dialogue, the worth of bringing people together and the role of the civil   society organisations in boosting cooperation at a national level.

What bilateral co-operation does Egypt have with Uganda?

These include discussing the data sharing between the two counties regarding Lake Victoria hydrological stations.

The technical co-operation between Uganda and Egypt is good which should be emulated as an example of fruitful bilateral relations. This co-operation started in 1949, when Egypt provided Pound Sterling 1.0 million to support its sister Uganda for construction of Owen Falls dam. The dam helped to provide electricity for sustainable development and released regulated flow toward downstream in the southern regions of Uganda.

The co-operation has continued with our colleagues in Uganda by signing an MOU with the Ministry of Water and Environment in January 12, 2010 for the amount of $4.5m for the implementation of development projects. These include the construction of five rainwater harvesting dams and drilling 75 groundwater wells for drinking purposes in several districts in Uganda and training of technical personnel from the water sector of Uganda.

The drilling of 75 groundwater wells for drinking purposes in several districts in Uganda is going on well, as the seven batches of 10 GW boreholes have been accomplished, such that, a total number of 70 GW wells have been drilled, developed and installed with hand pumps; of which, 70 GW wells have been technically commissioned and handed over for use by the beneficiaries.

A technical expert team travelled from Egypt during November 25 - 30, 2014 to join our colleagues from the Ministry of Water and Environment to finish the tender document for the construction of the five rainwater harvesting dams in different region in Uganda and the bid procedure was started and finished resulted by refusing the companies due to the high price of the financial offer and we are taking all the necessary actions for the rebidding process.

During the last Joint steering Committee meeting that was held in January 2015, it was agreed that to install motorised/powered pumps in high yielding ground water wells, the  fund may be availed from both the remaining balance of 75 groundwater wells operation component in the amount of $80,000 and $125,000 from the equipment operation component (totalling $205,000). And we are taking now all financial and contractual process to implement the installation of solar pump in two ground water boreholes.

In the area of training and capacity building, Egypt is keen to raise the specialised technical capacity of the colleagues in Uganda, as four specialised training courses were held for technical staff from the Ministry of Water and Environment of Uganda in different fields related to water resources as follows:

Also, Egypt sent one technical experts (Dr. Gamal El-Qassar) to help our colleagues to put the Water Resources masterplan, as a role of experts exchange between the two countries.

In August 2014, $1.5m was pledged from the Egyptian Government to implement a fast-track project for Kasese floods. As the first joint mission by the Egyptian experts and Ugandan teams was undertaken from  November 22 - 28, 2014 to Kasese district to explore several sites, collect the required data and to study the phenomena of hydrological and meteorological status in the three rivers and this mission prepared the bidding document to be ready for bidding on specialised companies in Egypt and Uganda.

What else is Egypt planning for Uganda?

We heard about the food crisis in the north of Uganda ravaging 13 districts and causing them to suffer from a severe decline in the rate of food security as a result of the drought that hit the region and because of the delayed rainy season, especially in Karamoja.

This problem is due to the absence of storage mechanisms and post-harvest technologies and, therefore, we are looking forward to help in modern technology in agriculture and irrigation.

There is also a need to implement some of the rainwater harvesting dams for use during the dry season.