Ugandan sports: Hope in 2016
Next Story

The former Red Eagles striker is currently the second top scorer in the league.

The former Red Eagles striker is currently the second top scorer in the league.

New KCCA FC signing Ceaser Okhuti has promised to work harder at the Lugogo-based side.

He said this after being unveiled by KCCA at Lugogo for an undisclosed fee on Friday.

"It's a great opportunity for me to join a big club like KCCA but I need to work harder because of the high expectations at this club.

"They have all the facilities and I have to be sincere, I once dreamt about this kind of environment although it has not been easy to get here."

He will wear shirt Number 11. 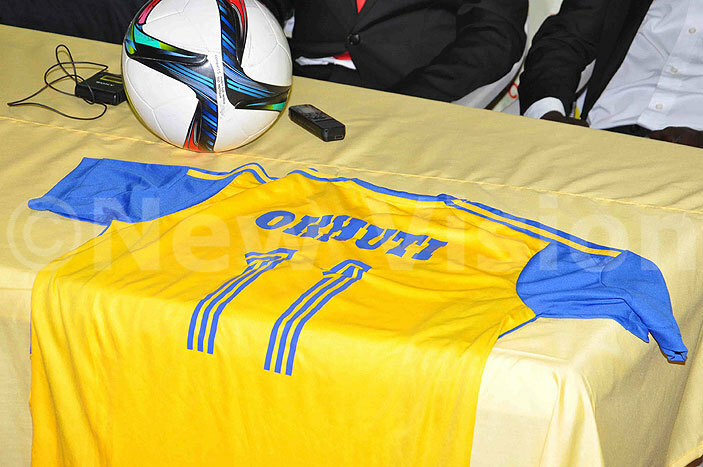 The former Red Eagles striker is currently the second top scorer in the league with eight goals, one behind Robert Ssentongo.

KCCA FC manager Mike Mutebi was delighted with Okhuti's arrival at the club.

"Okhuti and Miya are now the best players locally and its good Okhuti decided to join KCCA. I believe he will strengthen our striking line," he said.

Elsewhere, ahead of their CAF Confederation Cup, SC Villa have beefed up their squad with the signing of veteran midfielder Mike Sserumunga from Lweza FC, Mike Ndera from BUL and goalkeeper Nicholas Sebwato who returns to Villa Park.

At Vipers, during their end of year party, the club confirmed the return Mike Mutyaba  who had lef the outfit close to six months ago for Express FC.

Syria rebels battle IS as US, Russia plan airspace talks