MENU
Cricket review: The best and worst of 2015
Previous Story

Barcelona legend Edgar Davids has promised not only an entertaining game, but also a competitive one when the legends take on the Uganda All Stars in a charity match at Namboole on Saturday.

Davids, who is in Uganda for the second time, jetted in at Entebbe at 1.30pm Tuesday. He was the first legend to jet in yesterday ahead of 15 other players, who were due to also arrive in the night aboard a KLM flight.

Asked whether he was here just to entertain, Davids said: "I'm going to make it better by entertaining and winning, and later we are going to build an academy."

"I think I'm ready  for the match we are going to show the young footballers how they can become better footballers; and improve their lives," Davids remarked earlier on.

He was received at the airport VIP lounge by RG Football Academy director Rayco Garcia and Ambrose Tashobya before he briefly talked to journalists outside the lounge, en-route to Lake Victoria Hotel where the rest of the group had a stop-over before flying to the Bwindi Impenetrable Park to track mountain Gorillas.

They will also tour the Murchison Falls National Park and the Source of the Nile before a meet and greet with the fans at KFC Shell Kira Road outlet and at the Sheraton Hotel on Friday. 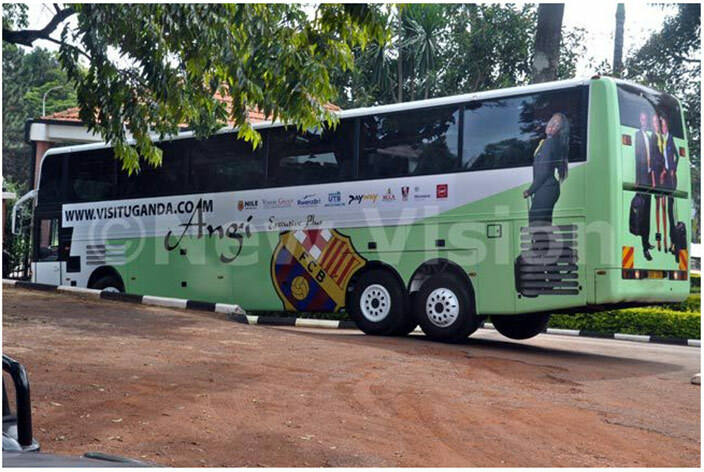 The All Stars team started official training on Monday and will enter camp tomorrow at Sky Hotel, while the Barcelona team will continue their country tour courtesy of the Uganda Tourism Board until December 11 when they will return to Kampala ready for the Saturday showdown.

Angolan president Dos Santos says to step down in 2018

Angolan president Dos Santos says to step down in 2018