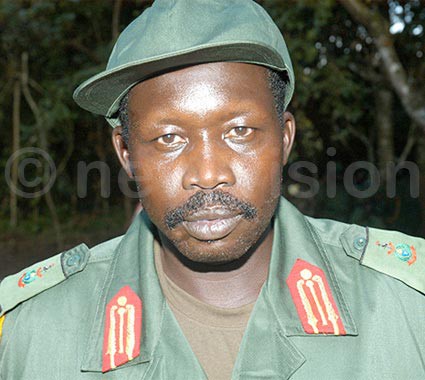 Judges at the International Criminal Court have agreed to withdraw the warrant of arrest against Lord's Resistance Army (LRA) commander Okot Odhiambo following confirmation of his death.

Okot Odhiambo is the second LRA commander wanted by the Court who has been officially confirmed dead.  The first was Raska Lukwiya, another LRA commander, whose death in 2006 was also confirmed following DNA tests.

Vincent Otti, the second-in-command of the LRA at the time the ICC issued a warrant of arrest against him in 2005 for crimes against humanity and war crimes, was reportedly executed on orders from Joseph Kony in 2007.

According to a statement, the court continues to gather information in its efforts to independently verify the reports of Vincent Otti’s death.

"On 27 July 2015, the Office of the Prosecutor (OTP) of the International Criminal Court (ICC) requested the Pre-Trial Chamber to withdraw and render without  effect the warrant of arrest issued against former Lord's Resistance Army (LRA) commander Okot Odhiambo following confirmation of his death," the ICC said in the statement issued on Thursday.

"Today, ICC judges have withdrawn the warrant of arrest against Mr Odhiambo, one of the top four commanders of the LRA rebel group who have allegedly terrorised Northern Uganda and the Great Lakes region for more than a quarter of a century."

Okot Odhiambo was reportedly killed on 14 February 2014 in Central African Republic during a battle between the LRA and the Ugandan army.

From August 2014, the Office of the Prosecutor  worked with various stakeholders including the Ugandan government in order to verify reports of Odhiambo’s death. On 20 March 2015, a body was exhumed from the alleged burial site of Odhiambo and transported to Kampala. In June 2015, following rigorous DNA tests, the OTP was able to conclusively confirm that the body that was exhumed was that of Okot Odhiambo.