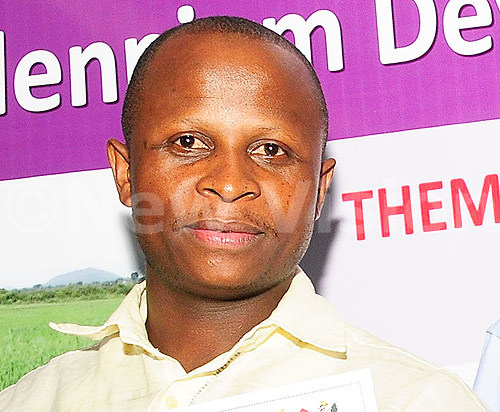 Nine journalists from Vision Group have been nominated for the Uganda National Journalism Awards by the African Centre for Media Excellence.

The nine were part of the shortlist of 42 journalists selected out of the 220 entries in various categories to represent the very best reporting in 2013 countrywide, according to a statement from ACME.

Rachel Mugarura-Mutana, the Programme Manager Broadcast and Multimedia/Trainer at ACME signed the statement.

Whereas the rest of the journalists were shortlisted in one category, Kiwawulo, Masinde and Natukunda were finalists in two categories each.

Over two months, a panel of 13 elite judges intensely debated the merits of the entries submitted to the inaugural awards.

Finalists were selected for 15 of the 16 reporting categories listed for competition. Winners will be announced at a gala to be held in Kampala, Uganda on April 9, 2014. No winner will be announced for best commentary writing for 2013.

The awards managed by ACME with support from Hivos, are the first Uganda National Journalism Awards to recognize and promote excellence in reporting and to inspire quality journalism in Uganda.

“The awards were open to all journalists, full-time and freelance, working in Uganda,” the statement read. Work considered for entries was published or broadcast between January and December 2013.

“We were impressed by the enthusiasm with which journalists responded to our call for entries. By the January 15, 2014 deadline, we had received more than 220 entries, which, to our knowledge, is a first in Uganda, if not in the region,” he said.

According to Mwesige, ACME hopes that “the Uganda National Journalism Awards will become one of Africa’s premier journalism awards, and that it will for many years inspire Ugandan journalists to seek and achieve excellence.”

The panel of judges for the awards was chaired by Dr. George Lugalambi, the Media Capacity Development Program Officer for Revenue Watch Institute. Prior to joining Revenue Watch in June 2011, he was the head of the Department of Journalism and Communication at Makerere University.

Lugalambi was tasked with overseeing the selection procedure and ensuring the apt and thorough evaluation of each entry.

On the judging process, Lugalambi said, “The number of entries and range of issues covered in 2013 reveal how broad the scope of Ugandan journalism is today. Collectively, the media is covering most subjects that deserve the public’s attention.”

Dr Lugalambi notes that while there were some exceptional entries, many could not stand the test of excellence.

“The challenge for most journalists remains how to go the extra mile to create that unassailable distance between good and exceptional stories. Too many stories from last year were simply passable, which is the minimum the public would expect.

“I hope that when we look at this year’s entries, we’ll find many more stories that are truly exceptional,” he says.

According to ACME, the specific objectives of the Uganda National Journalism Awards are to: inspire high-quality, impactful journalism; increase the quantity and quality of public affairs and investigative journalism; promote accurate, knowledgeable enterprise reporting in all media; and increase the diversity of issues and voice in media coverage.