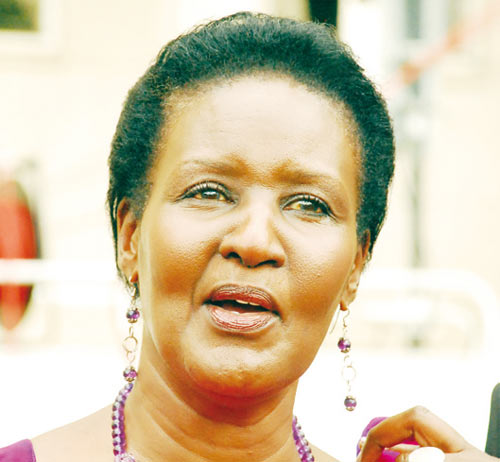 Thirty-seven companies have won this year’s annual quality award from Uganda National Bureau of Standards (UNBS) for meeting the required quality standards. Among the 37, four scored highly: Roofings Group, the overall winner, Century Bottling Company, Movit Products and Britania Allied Industries. While awarding certificates to excellent companies at Hotel Africana in Kampala recently, the acting UNBS executive director, David Ebiru, appealed to the companies to continue innovating and remain competitive so as to guarantee customer satisfaction. “With the opening of regional markets such EAC and COMESA, certified companies now have the opportunity to access these markets because we have harmonised most of the product standards within EAC in order to facilitate trade,” he said.

true
The Movit team show off their award

He said, despite the huge opportunity for regional trade, market access of Ugandan products remains limited because the majority of them are not certified. Statistics show that 90% of Kenyan products are certified and can freely access EAC markets, yet less that 10% of Ugandan products are certified. He thanked the Government for re-introducing the PVoC programme which is helping to protect the local industries against imported substandard products which had driven most people out of business.

In her message delivered by Samuel Ssenkungu, the director of trade, industry and co-operatives, Amelia Kyambadde, the trade minister thanked the winners for understanding and accepting to work with UNBS in the implementation of quality, and told them that the quality award is an achievement that any company can be proud of.

“This is a special recognition for your commitment to the impressive quality that Uganda is building,” she said. She said her ministry is drafting the “Buy Uganda Build Uganda” Policy in order to provide Government preference for locally manufactured certified products in its procurement of public  goods and services.

$1.5b worth of imports fake

trueUNBS is relying on the amended law to stamp out substandard products from the market. David Mugabe spoke to Dr Ben Manyindo, UNBS executive director on the new law and the fight against substandard goods

How big is the problem of substandard goods?
Between 60- 65% imported products are substandard and 20-25% of locally-made goods are substandard. Of all goods on the market, 78% are adulterated and the rest are expired goods. That is why we went for imports first. There is about $1.5b worth of goods that don’t meet our standards. The cost is much higher and impact on the economy is significant when you look at the environmental, health, increased medical costs, loss of productivity and death. When you compute all this, the effect of substandard goods is huge and we have to do something about it.

What are the most counterfeited or most substandard products?
Our research shows seven categories of goods that people complain about the most. Food and food products, juices, water, cosmetics, electronics and electronic gadgets, fuel and drugs. This research created the risk profile and this is where our focus is.

There is an amended law, what has changed from the past Act?
The UNBS Act is cap 327 of laws of Uganda. It was put in place in 1983. During that time there was no private sector to talk about. The Government was doing everything, industries and big retail shops were governmentowned. It was put in place to look at standards in that environment.

Over the years, this law became obsolete. The issue of penalties of 1983 were found to be inadequate for those who violated standards. For instance, before the amendment, penalties were less than 10,000 if you are found in breach of standards which was a lot of money then.But in 2013, 30 years down the road, it is pocket change. That is why the UNBS would not use the court process when we found noncompliance. It could take us long and the penalties would be laughable. So we pushed for the amendment of the Act. In March 2013,

Parliament approved the amendment and in October the President assented to it.Is this law harmonised with regional provisions?
In early 2000, it required harmonisation of standards and conformity to procedures. It has been aligned with World Trade Organisation requirements and East African Community protocols.

How will the law help fight substandard goods?
It should help us prosecute offenders. For the first time offender, we are talking of a penalty of sh10-50m or 2-5 years or both for importing, manufacturing or distributing of substandard products. The second-time offender will pay sh50m-sh200m or 3-6 years imprisonment or both.

What about small traders who may have just stocked goods they do not even know are substandard?
Under the law there is no small or big. Are we saying small should sell expired dangerous goods, no, if you are found in breach the law takes it course.

As always we have good laws, but enforcement is weak, give us assurances that you will bite?
We never used to take so many people to court. In 10 years, not more than 20 people were taken to court. So instead of getting Police to arrest you, I just test your product if it does not confirm, our legal unit goes to court. The law now gives us the power to enforce standards.

Do you have the manpower?
We don’t have enough and will never have enough. But the ultimate strategy for enforcement is to empower the consumer to know what is counterfeit and what is substandard and we will have done 95% of our work. That the consumer can call UNBS or reject the product and then our team will cordon off the premise.

I cannot sit here and know what is happening in Kaabong or Kalangala. A van in the field to sensitise people full time will be available. The law is bad news for the business community, if you are caught don’t say you don’t know. The sensitisation will end in February 2014. The main focus is health and safety.

There was talk of widespread corruption in the previous regime, how will you contain this?
Corruption is a monster that cannot be denied. We have a policy to ensure it is eliminated and all inspectors must sign a code of conduct. If by chance you are caught, you exit

Can your materials weather  the storm?

The real estate industry is booming. However, the tales of collapsing buildings cannot be ignored. John Odyek spoke to experts and explores how to spot fake building materials

Uganda’s decade of economic boom has led to a mushrooming of both commercial and residential construction. However, every now and then, buildings collapse, killing or injuring workers, bystanders, residents and worshippers. Eng. Jackson Mubangizi, the president of Uganda Institution of Professional Engineers (UIPE), has said the construction boom has brought with it challenges.

“Our reports show that there are masons working as engineers. Some developers don’t want to use professional engineers preferring cheap services of non- professionals and many local authorities are not supervising construction projects,” Mubangizi said. This is adding to the problem of unscrupulous building hardware dealers who sell adulterated cement and inferior cables, iron bars and other building materials