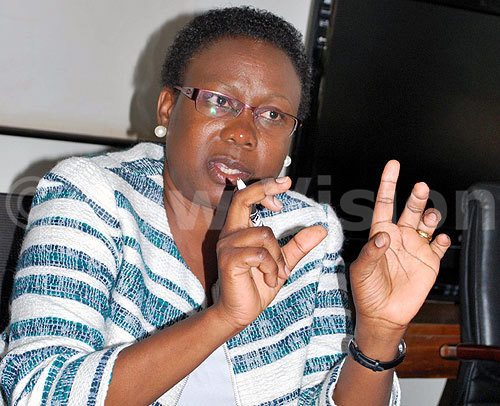 Hundreds of patients, including babies and children below five years and women, are stranded at health facilities as they wait to be attended to.

Dr. Jane Ruth Aceng, the director general of health services at the ministry, said the numbers of malaria cases in the districts had increased over “tenfold”.

She said a total of 22,873 cases had been registered in the districts, with 162 confirmed deaths.

Joseph Maurice Enabu, a health official from Pader district, said the current surge is the worst the northern region has experienced in years.

The districts were among the very first where government implemented Indoor Residual Spraying (IRS).

Preliminary results of the 2014 Malaria Indicator Survey had indicated positive results in the 10 districts, with malaria prevalence dropping to 7.5%.

But with the programme, supported by the US President’s Malaria Initiative, elapsing in April/May 2014 and not renewed, the cases are soaring.

Dr. Albert Okwi, the malaria control programme manager, addressing journalists at the health ministry, said the upsurge in cases was a result of halting the IRS programme that had trimmed malaria prevalence in the region.

This resulted into proliferation of the malaria-transmitting vectors and increased infectious bites in a population, already with a reduced immunity to malaria due to the “near elimination” of the disease in the region (through IRS), Okwi said.

The ministry announced an increase in cases of malaria in northern Uganda last month. But the surge has now gone ten folds.

A statement from the health ministry, signed by Dr. Jane Ruth Aceng, said the ministry, through the national task force, had activated the public health emergencies operations centre (PHEOC) to coordinate the response under an incident management team.

In order to ensure effective treatment of cases, anti-malarial medicines, including second line anti-malarial drugs, medicines for severe malaria and other supplies had been delivered to the districts.

Data from the Health Management Information Systems and the recently released preliminary results of the 2014 Malaria Indicator Survey show a general decrease in malaria cases throughout the country, with prevalence dropping to 19% in children under 5 years, from 42% in 2009. The outbreak in northern Uganda is slowing the gains.

During the malaria day celebrations in Kaberaido District in May, health experts called for the use of rapid diagnostic tests (RDT’s) in the management of the disease.

They said the use of RDT’s that can provide results in about 20 minutes would help in the provision of accurate and quicker diagnosis.

They also highlighted the importance of scaling up IRS to cover the whole country.

Dr. Asuman Lukwago, the ministry’s permanent secretary, in an interview with New Vision last week, said the ministry needs about sh260b to roll-out IRS throughout the country.

“IRS is effective in killing malaria causing mosquitoes. It can last up to a year protecting households from mosquitoes. But it is very expensive.

“The (IRS) programme in the 10 districts was stopped because we had brought the prevalence to negligible figures. It was not feasible to continue spraying. But we shall roll-out the programme again to contain the outbreak,” said Okwi.