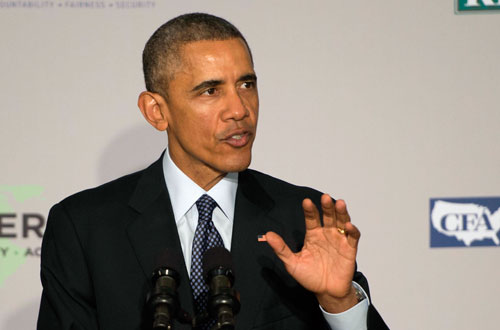 US President Barack Obama praised Qatar as a "strong partner" in the fight against Islamic State militants Tuesday, as he hosted Emir Sheikh Tamim bin Hamad al-Thani in the Oval Office.

"Qatar is a strong partner in our coalition to degrade and ultimately defeat ISIL," said Obama, using another name for the jihadist group.

Qatar is host to a large US military base, but the two countries are sometimes uneasy allies.

The White House played down allegations that Qatar has itself has abetted hardline Islamic groups and is a source of terror financing.

"There are areas where we disagree with the Qataris" said White House spokesman Josh Earnest, adding there were more areas where interests "overlap."

Speaking after the meeting, the Emir also praised the strong bilateral relationship, and urged efforts to advance the Middle East peace process.

"We have to find a solution for Palestine. And I'm happy to learn, to hear from you Mr President, that you're committed," he said.

Libya and Yemen were also discussed.

"The bottom line is that Washington and Doha share an exceptionally strong strategic partnership," said Lori Plotkin Boghardt of the Washington Institute for Near East Policy.

"Washington and Doha certainly have a number of important differences, but we've seen over and over again that the strategic partnership between the two allies ultimately trumps in importance almost all of those differences."

'Terrorists' do not speak for one billion Muslims

Obama to send Kerry to Middle East over IS threat