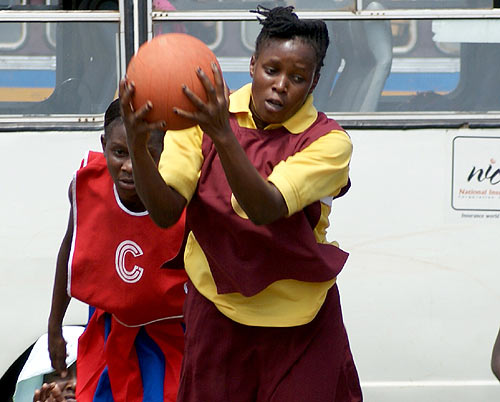 Uganda’s qualification for the netball World Cup was a milestone this season. There was cause for celebration as Uganda booked a place to the biggest stage in the sport, having made their debut in the 1979 edition.

Uganda Netball Federation (UNF) needs to raise sh1.8b to prepare the She Cranes for the World Cup scheduled for Sydney, Australia in August next year.

A funds drive was launched recently and so far, there is sh97m in cash and pledges. UNF chief Suzan Anek believes the team can rise to the challenge at the World Cup.

“The players will reap success if they are helped financially,” Anek told New Vision.

The She Cranes put up a brilliant show at the competition in Gaborone, Botswana winning all their five games in the round robin event to top the table with 10 points.

The team, captained by Peace Proscovia, managed to put aside their financial problems before and during the competition to qualify.

At one stage, the team that made the trip with limited funds, could not afford to buy water at the competition venue.

But determined to achieve their target of qualifying, Proscovia’s team put up a spirited challenge beating Namibia 66-24 in their final game. They launched their bid by defeating Zambia 53-48 in their first game before registering a 43-42 victory over Zimbabwe.

In group stage, Uganda is drawn with Fiji, Zambia and Wales. The top two teams in each group will qualify for knockout stages.

Uganda’s team is currently undergoing training at Namboole. Early this year, the youth team — She Pearls won the second edition of the Africa Youth Games also held in Botswana.

The U-18 team skipper Angel Namirembe played an important role as the side rose to glory.

The 17-year-old student of St. Mary’s Kitende linked up with players like Sera Zamu from St. Juliana SS, Florence Adunia from Gaba Mixed and Janet Adong from Jinja SSS as the team defeated Kenya 40-24 in the final.

At the same event, Kampala University lost 47-46 to Tanzanian side Polici in the men’s event.

On the domestic stage, NIC retained the national netball league title after winning all their games in the 11- team contest.

They beat KCCA 44-38 in their last game to go top of the table with 40 points. NIC, the most successful club in the league, won their 18th time.