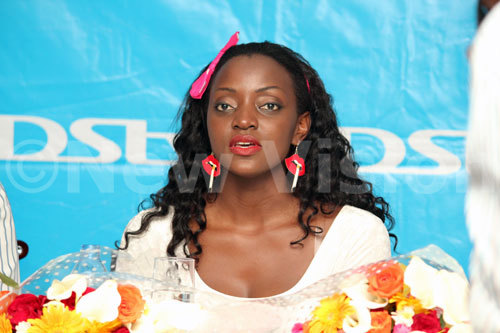 
Welcomed by friends and family at the airport, the former beauty queen , dressed in a white top and tight black pants got in at 7:45pm and later addressed journalists at a press conference organised by Multichoice at Rosemary Courts, Entebbe, saying that her next move is go to studio and record songs she wrote while in the house as well as look for job.

She said "I feel good for Idris because I felt he was going to win the money. I had a good time in the house and I was in it to win. I believe I gave my best to the competition and it's now time to move on.

Hope I become a radio presenter or TV person or get any job to do."

true
Ella posing for a picture with her friends on arrival