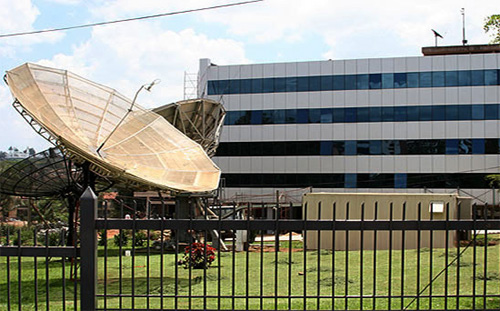 KAMPALA - State broadcaster Uganda Broadcasting Corporation (UBC) has dropped the digital migration breach of contract case it filed against the Uganda Communications Commission (UCC) at the High Court in Kampala.

According to court records, acting UBC managing director Paul Kihika in a letter addressed to the broadcaster’s lawyer, Henry Rwaganika, dated October 17, 2012, instructed him to withdraw the case.

The letter filed at the court on Wednesday explains that the dropping of the suit was based on advice of Justice Vincent Zehurikize who had earlier asked the two government bodies to reconcile, rather than clash.

Rwaganika was further instructed to ensure that a withdrawal consent order is signed and unconditionally endorsed by all the parties.

Justice Zehurikize had earlier on advised the warring parties to settle the dispute amicably by engaging the relevant government authorities like ministers.

He said it is illogical for government bodies to get muddled in a bitter rift, yet they are expected to function harmoniously.

In the suit filed on October 4 at the High Court in Kampala, UBC accused UCC of terminating a memorandum of understanding (MoU) signed on May 29.

According to the Digital Migration Policy for Uganda 2011, UBC was appointed sole signal provider for a five-year period.

UBC contended that the MoU stated that the broadcaster was tasked with installing equipment for the Digital Terrestrial Television Project for Greater Kampala.

This was in line with the transition from analogue broadcasting format.The MoU was terminated on August 21.