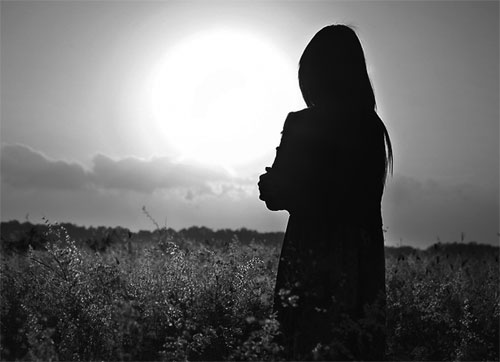 I have been in a relationship with my boyfriend for one-and-a-half years. Unfortunately, he takes me for granted, which hurts me. But I always forgive him for his indiscretions. I have never cheated on him, but I recently discovered he has not been faithful to me.

A few weeks ago, I borrowed his phone and what I found on it was scandalous. There were nude pictures of him and another girl having sex. While I did not confront him about the pictures, I decided to quit the relationship to save myself from HIV and other sexually transmitted infections.

Trouble is I have failed to move on and instead I want to get married to my boyfriend. He says he is not ready for marriage. I am 25 and he is 30 years old. Two men have asked for my hand in marriage, but I have rejected both offers because I still love my former boyfriend. Should I go back to my unfaithful boyfriend or move on?

Clemence Byomuhangi: 'Don't rush into marriage despite your age'

As you have indicated, you already quit the relationship some weeks ago, so strictly speaking, this gentleman is your former boyfriend. You are right to be concerned about the possibility of getting infected with HIV if this man has especially been having unprotected sex with other women and you have been intimate with him.

It is important that you establish your current sero status and therefore, should go for an HIV test You mention that you did not discuss with your boyfriend the reasons why you ended the relationship, is it possible that he is not aware of why you quit the relationship? Effective communication expressing your concerns could help him know the reasons so that he is given chance to defend himself.

Has your former boyfriend tried to re-establish your relationship with him ever since you left him, or does he indeed know that you have severed the relationship? If he is aware of the decision you took and has not bothered to reach out to you, then you may be having a bigger challenge than simply going back to him.

It is important to appreciate that a relationship is premised on love, compassion and mutual respect. Whether or not you should go back to your former boyfriend is a decision you will have to take based on a number of considerations. These are the love you have for him and the love he has for you, your willingness to forgive him, the two of you being able to communicate effectively, candidly and faithfully.

Your former boyfriend is not ready for marriage and if this is important to you, especially given that your biological clock is ticking, you may wish to consider other options. Nevertheless, marriage should not be rushed into regardless of your age if you have not met the person that you love and who in turn loves you.

Hilda Tuliraba, a student: 'Confront him before you end it'

If the nude pictures you saw are not old pictures, there is a strong possibility that your former boyfriend gave you his phone intentionally to watch him making love. Frankly ask him why he had sex with another woman. His response will determine the next step you can take.

The evidence you saw in his phone is enough to end that relationship. In fact, if a man takes you for granted, it is a sign that he is not interested in a long-term relationship. In the meantime, cut off all communication with him.

Your boyfriend feared to tell you that he does not love you, but instead used signs to communicate his feelings to you. This man was aware of the nude photos on his phone and he did it intentionally to inform you.

Telling you he is not ready for marriage is another indication that he does not love you. All these are eye-openers, which you have failed to notice as you have been blinded by love. Much as you have been faithful, your boyfriend does not respect you.

You need to go for HIV testing to ascertain your status and settle down with the right person. He is not prepared for marriage and love is never forced. Going back to him puts you in agony for the rest of your life since marriage is a lifelong commitment. Count your losses and move on. You will get someone who will truly love you.

What you feel for your former boyfriend is an obsession. In fact, if a man has guts to cheat on you when you are still dating, think about the hell you will go through when you are married. The earlier you end this relationship, the better for you. Not all men are the same, give yourself an opportunity to fall in love with someone else.

Alex Musisi, an entrepreneur : 'He is not worth it'

Your boyfriend is shameless. How could he keep his own sex video in his phone? Since the truth is right in front of you, do not cling onto him because he is not worth it. Close that chapter and move on with someone else who truly loves you.

The nude pictures are evidence that your former boyfriend never valued you. Getting married to him will not change his behaviour. Quit the relationship for the sake of your life. Settle and wait for Mr. Right. He will appreciate how valuable you are.

Bernard Emong, a technician: 'Seek guidance from a counsellor'

I think your former boyfriend is unfaithful because he does not see anything valuable in you. Seek counselling from professionals in order to help you make a wise decision.