The Chinese are working like bees to beat the deadline of August because President Museveni, the architect of the College, is expected to open the building in September according to officials at the ministry of public service. 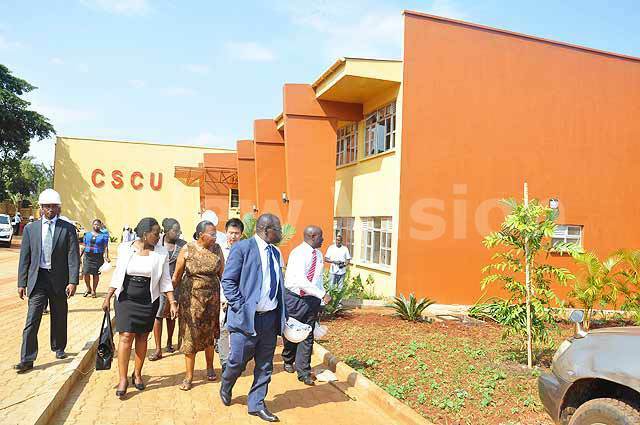 As an advance team the Minister of Works and Transport, Abraham Byandala, visited the site and inspected the ongoing works and was impressed with the progress so far.

He however wondered whether the right tiles were used for the floor as he noticed some cracks during the inspection. 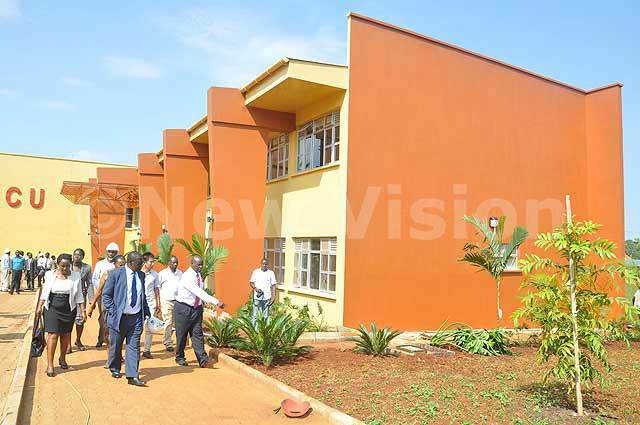 He also complained of the water drainage system saying it was too close to the entrance of the administration building.

The state of art building has a teleconference room and conference facilities.

The security lights have already been installed.

The sh48.8b project is being funded by World Bank and constructed by China Railway Jianchang Engineering Company Limited.

The first phase, which is administration block, costs sh8b while residential buildings will cost sh40.8b.

The Civil Service College-Uganda (CSCU) was established in 2010 under the ministry of public service as a component of World Bank to enhance performance in public service.

According to Jane Kyarisiima-Mwesiga, the commissioner of human resource development in the ministry of public service, the college was established as an in-service training centre.

It’s meant to train public servants with the aim of being a centre of excellence in service delivery and economic development.

“The public servants' work attitudes will be reshaped and make them more productive in innovation and policy development. Every new recruited public officer has to go through induction at the college,” Mwesiga said.

The facility, when completed, will accommodate 500 public officers; 300 residents and 200 non- residents.

The Members of Parliament this time round will be proved wrong because at the time they claimed the College was ghost (never existed).

Afrigo has the skill, Eagles the fan numbers

So what if Semakulaâ€™s new song sounds like classic Shauri Yako?

Grooving to a live sound