The world AIDS community is mourning as many as 100 passengers reportedly on a crashed Malaysian Airlines plane.

The world AIDS community is mourning as many as 100 passengers reportedly on a crashed Malaysian Airlines plane.

MELBOURNE - The world AIDS community was in mourning Friday with as many as 100 passengers reportedly on a crashed Malaysian Airlines plane heading to Australia for a global conference on the epidemic.

Flight MH17 from Amsterdam to Kuala Lumpur, which US officials believe was hit by a surface-to-air missile over Ukraine, killing all 298 people on board, was due to connect with another flight to Melbourne. 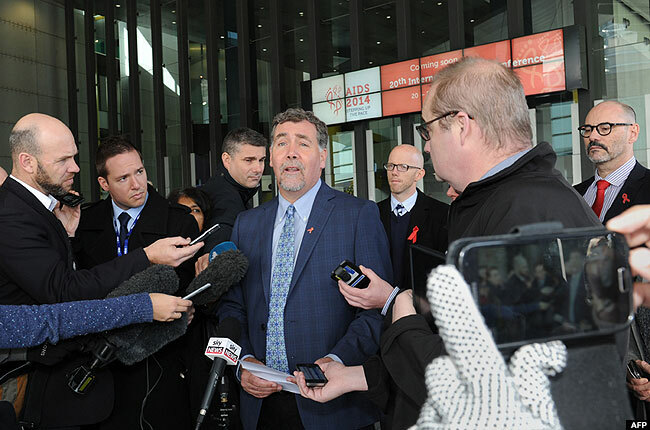 Unconfirmed reports in Australia said as many as 100 of those who died were delegates heading to Melbourne for the 20th International AIDS Conference, which is due to begin on Sunday.

The Sydney Morning Herald said those attending a pre-conference meeting in Sydney were told that around 100 of their colleagues were on the plane, including former International AIDS Society president Joep Lange.

The Australian broadsheet reported that the Melbourne conference delegates were to be informed that 108 of their colleagues and family members died.

The International AIDS Society confirmed that "a number of our colleagues and friends" were killed, but has not said how many.

Asked by reporters whether 108 people attending the conference were on the flight, International AIDS Society president Francoise Barre-Sinoussi said she was not sure.

"We don't have the confirmation (of numbers)," she said. "We don't know how many were on that flight."

In a tweet, UNAIDS executive director Michel Sidibe said "many" delegates were on board.

"My thoughts & prayers to families of those tragically lost on flight #MH17. Many passengers were en route to #AIDS2014 here in #Melbourne," he said.

Held every two years, the International AIDS Conference is a forum for campaigners to highlight developments in fighting the disease and discuss financing problems.

It was this year also expected to channel anger about laws in Africa that stigmatise homosexuality and in the former Soviet Union that punish intravenous drug users -- a crackdown now extended to Russian-annexed Crimea.

Barre-Sinoussi said it would go ahead despite the tragic news.

"The decision to go on, we were thinking about them because we know it's really what they would have liked us to do," she said.

Some 12,000 participants are due to take part, joined by former US president Bill Clinton and rock singer and poverty activist Bob Geldof. 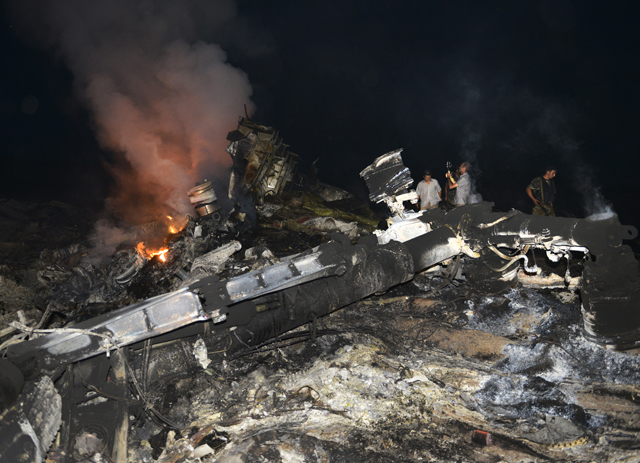 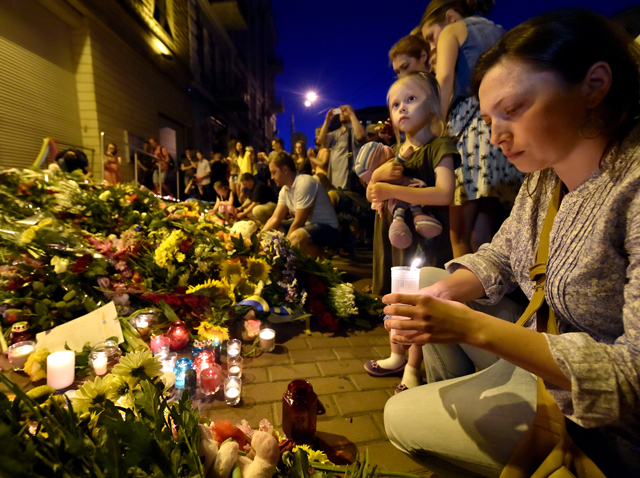 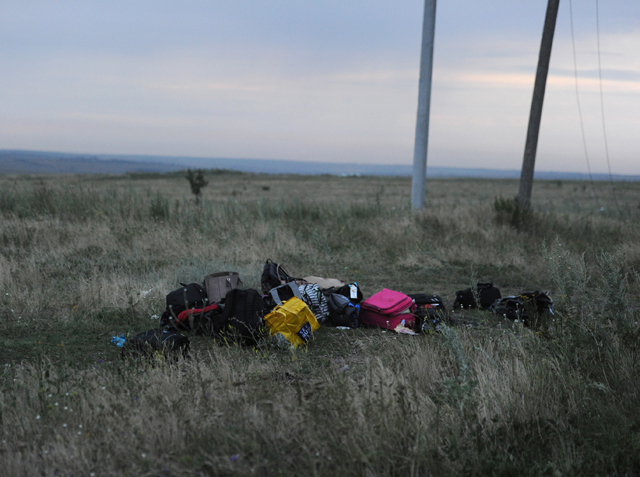 Australia's National AIDS Trust paid tribute to Dutchman and leading AIDS researcher Lange, who has been involved in HIV research and treatment since 1983.

"Reports Joep Lange died in Malaysian plane crash today, with other scientists on way to @AIDS_conference. Desperately sad news," it said on Twitter.

The International AIDS Society said it was devastated.

"At this incredibly sad and sensitive time the IAS stands with our international family and sends condolences to the loved ones of those who have been lost to this tragedy," it said.

Of the 298 onboard the plane, 154 were Dutch nationals. There also were 43 Malaysians and 27 Australians, as well as passengers from Indonesia, Germany, Belgium, the Philippines, Britain and Canada.

London-based AIDS campaigner Mark Gettleson said some of those on the flight were from the STOPAIDSNOW group, which works to offer care and treatment to those affected by HIV and AIDS, and support prevention initiatives.

The flight took off from Schiphol airport in Amsterdam and was supposed to land in Kuala Lumpur early Friday. A scheduled connection to Melbourne was due to arrive Friday evening.

Some 35 million people live with HIV although global AIDS-related deaths and new infections have fallen by more than a third in a decade, raising hopes of beating the killer disease by 2030, the United Nations said Wednesday.