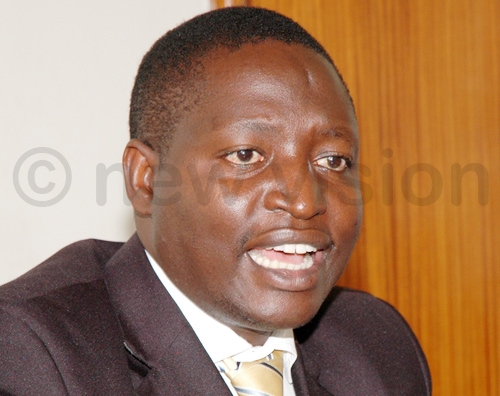 A GROUP of farmers have backed the enactment of the Tobacco Control Bill 2014.

Presenting their petition to Speaker Rebecca Kadaga at Parliament on Thursday, Tobacco farmers representing people from Kanungu, Hoima and West Nile districts said the law will ‘protect both farmers and non-farmers from the negative side effects of tobacco.’

The objective of the Bill is to regulate the manufacture, sale, labeling, promoting, advertising, distribution, public use of tobacco products, and sponsorship of tobacco products and other related matters but not to ban the tobacco industry.

The Bill that seeks to protect the right to health and the right to life as fundamental human rights was tabled in Parliament on April 6, 2014 for the first reading by Kinkizi East MP Dr. Chris Baryomunsi and is currently being scrutinized by the Committee on health.

Led by John Samvura from Kanungu district the farmers said tobacco growing was not improving their lives.

“Tobacco keeps farmers in constant poverty and economic exploitation by the tobacco industry. Tobacco companies operate as Banks by extending loans, inputs and technical support to famers. In return we agree to sell the whole leaf produce to Tobacco companies, at a price determined by those companies. The price of a kilogram of tobacco ranges from sh200 to sh5,000 depending on the grade” the petition read

“In one acre that yields 400 kilogrammes, a farmer may fail to get 10 kilograms that can be sold at sh5,000. Besides we cannot bargain for the price, it is the Tobacco companies that pay us less that the value of the initial inputs.”

“Famers end up borrowing more money from the Tobacco companies to survive, this keeps us in’ a debt cycle’ necessitating a farmer to increase production to clear the outstanding bills. The Tobacco companies use this farming method to manipulate famers into continued cultivation to ensure reliable supply of cheap leaf supply in order to maximize profits.” the petition said.

“Skin contacts with the tobacco expose farmers to absorption of nicotine during handling of the green leaf while harvesting. Many farmers have suffered the from leaf diseases and experience symptoms of nausea, general body fatigue, dizziness, abnormal cramps, fluctuations in blood pressure and heart related diseases," the  petition added

The farmers also argued that Tobacco uses many pesticides and fertilizers which exposes farmers to toxic chemical while handling the leaves.

“During curing the tobacco leaves, are heated in barns to higher temperatures. Most of the farmers and their children spend much of the time in the barns; they indirectly inhale fumes from the smoked tobacco which exposes them to cancer related diseases Many farmers especially women suffer from miscarriages, chest pains constant coughs” according to the petition.

Ndorwa West MP David Bahati who received the petition on behalf of Kadaga said, it will be passed on to the health committee.