Step out in style: Murungi
Next Story

The relationship between stand-up comedian Kenneth Kimuli, 34, aka Pablo and his wife Karen Hasahya, 29, sounds like a well-choreographed love story.

The relationship between stand-up comedian Kenneth Kimuli, 34, aka Pablo and his wife Karen Hasahya, 29, sounds like a well-choreographed love story.

The relationship between stand-up comedian Kenneth Kimuli, 34, aka Pablo and his wife Karen Hasahya, 29, sounds like a well-choreographed love story. Everything about their love falls perfectly into place and one cannot help attributing it to a divine. The couple told SAMUEL LUTWAMA that their eight-monthold baby, Kangye Weishemwe, is a comedian in the making

God brought us closer Kenneth
I fi rst met Karen in 2009 at Watoto Children’s Church, where we were both members of the choir. The fi rst thing that drew me to her was her passion for God and how she conducted herself in church. When we interacted, I realised she was a gogetter, who would go an extra mile to meet her target at her place of work.

For instance, when we met, she was working on a local magazine and was at times frustrated by local writers. Consequently, she would take on the role of writing in order to beat her deadline. To me, those two attributes came before her physical beauty.

Interestingly, when we started dating, I discovered that she was more beautiful inside.

Karen
Kenneth was God’s choice for me. I remember two years before meeting him, I watched his comedy show with my sister. Then, I wondered how lucky his eventual wife would be. Two years later, we met in the same church and same choir and instantly became friends. That friendship later turned into love.

Opting for a Christian approach

Kenneth
Because of our Christian background, we agreed not to have sex before the wedding. We both knew the consequences of premarital sex. During our courtship, we concentrated on strenghthening our bond.

Karen
From the time we started dating, I knew that sex was a no-go area and we both respected that. Also, I did not want to disappoint my parents by getting pregnant before solemnizing our marriage. I also feared getting HIV through premarital sex.

Above all, I did not want to defi le my body before becoming somebody’s wife. 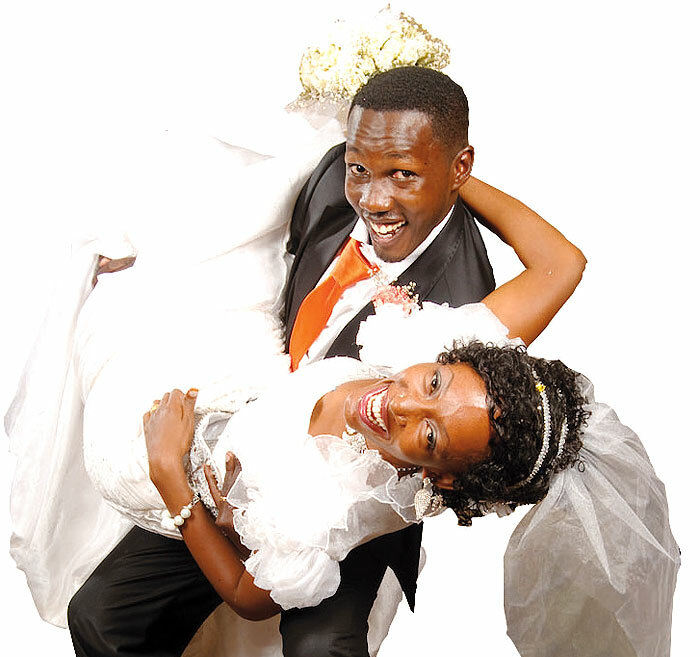 Karen
Amid Valentine’s fanfare, Kenneth popped the question, “Will you marry me?” I had not expected anything like that. I said: “Yes, I will marry you.” The next thing was to plan our dream wedding. We had a vibrant romantic wedding at the Golf Course Hotel on September 4, 2010. Later, we had a reception at Capitol Palace, Naguru.

Kenneth
Karen and I have different temperaments, which might have been brought about by our different backgrounds. She was born and raised well. On the other hand, I grew up in a rural setting, under many guardians, after my parents passed on. So, growing up in different hands infl uenced my character. I am talkative, while Karen speaks less.

Karen
Kenneth is different from the Pablo on stage. While at home, he keeps himself busy on the computer and reads newspapers. While doing that, he does not want any interruption.

Kenneth
We have different tastes, for instance, I like traditional food, especially luwombo, while Karen enjoys snacks and fast foods more.

Your people are my people

Kenneth
The most profound thing Karen has done for me is to accept my family and love them wholeheartedly. Actually, she has surpassed my own expectations. What amazes me is the way Karen cares about my siblings. She has also put my life in check. Before I got married, I was not keen on fashion and style. I had no idea which shirt blended with which tie, but
all that changed.

I was also a spendthrift. But she has greatly instilled fi nancial discipline in me.

Karen
I am comfortable with all my in-laws. But I attribute this to my childhood background, where we grew up in a big family. My parents encouraged us to get the feel of the extended family. However, bonding with Kenneth’s family was not easy in the beginning, but as time went on, it improved.

Hitches and how we handle them

Karen
The fi rst challenge was to convince my parents about my prospective comedian husband. My mother was a bit skeptical when she found out. Nonetheless, she later embraced my choice. We went through the usual drills of establishing his clan and family background. But, like something already predestined, it all didn’t matter. My parents blessed our relationship.

The only snag in our relationship is that because he is a celebrity, all eyes were on me, the girl dating him. But now, I am used to his celebrity lifestyle, which, of course, has forced me out of my shell.

Fortunately, we have not reached a point of taking our problems to either our pastor or counselors and we don’t hope to do it as long as our communication lines are kept open. Since we met, we have entirely relied on the communication channel and pray together whenever we have issues and this has bonded us more.

Kenneth
Karen is open-minded. She prefers to handle issues head-on, unlike my slower approach.

Spicing up our relationships
The only way I can spice up my relationship is by supporting and nurturing her dream. This is because when she is happy, I am happy.

What empowers your relationship?
The foundation of our marriage is the Bible, meaning I have to love my wife selfl essly, the way Jesus loved the church. In the same way, my wife is mandated to be submissive to me. Basing on the biblical principles, we come to common ground of building a formidable team. In the team, we don’t look at who runs the house, but how best to run the house. We don’t look at who earns more, but how best to use the fi nances we have. In other words, we run our relationship more as a partnership.

Advice and words of wisdom

Kenneth
I think marriage is like a blank cheque. The two of you have to determine the value you get out of it. I have realised that there is no standard script for marriage, but a good or bad script is written by the couple.

Karen
Marriage is like being on the same team with a common interest. But many times, marrieds behave as if they received their marriage certifi cates on a battle front, always trying to oppose one another.

Marriage is about accepting that you are wrong when you are and trying to deal with your imperfections without necessarily pointing accusing fi ngers. For men, if it means burying your ego to save the situation, let it be. After all, in a sinking boat, no one is winner. 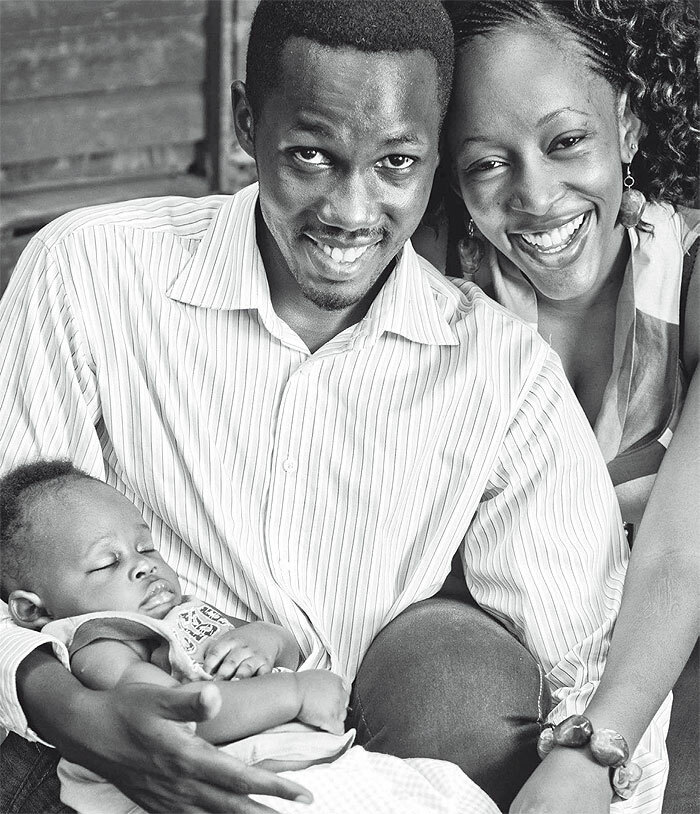 WHO IS PABLO?
Kenneth Kimuli a.k.a Pablo is a celebrated comedian in Uganda. He won the Multi Choice Stand Up Uganda, the (Ugandan version) comedy competition that also ran in some other African countries. He was a member and pioneer of Theatre Factory, a city comedy group, before leaving to start his own Pablo Live.

Pablo started performing Stand Up comedy in 2005. He was invited by legendary fi lm actor Robert Redford to the prestigious home of theatre, Sundance Theatre Lab, Salt Lake City, Utah, USA, in 2007, where he had an opportunity to share the stage with celebrated fi lm and theatre practitioners, according to his website.

Pablo evokes laughter through clean humour and intellectual satire. He knows how to highlight the lighter side of serious issues on the social, economic and political scene.

Pablo holds a bachelor's degree in Journalism and Creative Writing from Namasagali University.

What farmers expect from the budget

Can the little available money work for farmers?