Down the valley heaps of stinking black mud is visible. Girls and women scratch the soil using shovels and rudi­mental tools to gather the soil in heaps and leave it to dry for two weeks.

The dried mud is then mixed with water from the lake and filtered.
The urine-like water is col­lected in big saucepans. The water is boiled until no more evaporation. This is how raw salt is processed.

To extract salt, the miners have constructed large semi-permanent pools around the edges of the lake to intensify the evaporation.

"That is how we earn a liv­ing," Owengyiga Ruzaruka, a mother of four, says.
"Climbing the valley to the market is not easy because there are no roads but we must continue to survive."

She, however, reveals that the market for the commodity is unpredictable and sometimes incurs huge losses, leaving the poor community struggling to survive.

The development and pro­duction of crude oil, expected in 5-10 years from now, may seem distant but salt miners hope that the budding oil in­dustry will not only help create market for their commodity but also ensure price stability.

Although direct uses of salt in the oil industry is less, only used in drilling oil wells as the commodity softens the rocks, salt can support and complement the petro-chemical industry.

The petro-chemical industry includes plastic, paints and fertilisers among others. And government, through the Uganda Development Corpora­tion (UDC), is weighing plans to revamp the salt processing factory at Lake Katwe in Kasese as well as the whole salt sector.

"But first we have to carry out comprehensive feasibility stud­ies to establish whether the salt deposits can sustain the factory operations for a longer period of time," Dr Tumubweinee Twinemanzi, the acting project manager, cautions.

The Lake Katwe Salt Factory was established and operated for only one year in 1982 before closing.

There are concerns that the deposits may have depleted as small miners extracted the minerals over years making the whole project uneconomical.

But studies conducted by the department of geology survey and mines in 1998 suggested existence of commercial salt de­posits that can run the factory for over 30 years.

“We have a detailed plan and we are wait­ing for funds to kick-start the project. It is possible that we can design the factory to produce by-products that can be used in Uganda's petro-chemical industry,” Dr Twinemanzi says.

Adding value to the salt industry and converting it into other chemical product will help Uganda reduce the bills spent on importing salt but ensure retention of the foreign exchange in the economy.

And salt miners in Kibiro have requested government to put up a small processing factory.

“This is where oil was first discovered but nothing has been done to improve our economic conditions,” William Byaruhanga the local council chairman complains.

“The salt factory should be established here (Kibiro) after all we have enough salt to sustain its operations.” 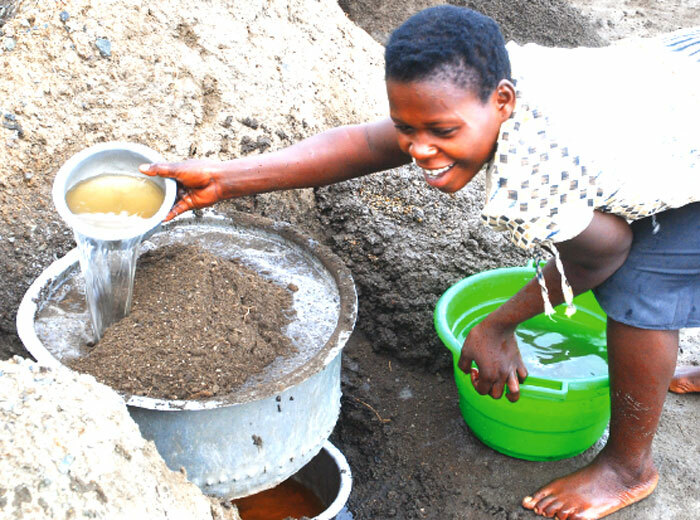 Indeed it is possible to put up a salt factory in any salt producing area if a feasibility study confirms deposits can sup­port economic operations, according to Dr Twinemanzi. But the salt miners' dream is not going to come cheap.

“It is going to be an expensive project. I think (will be confirmed by the study) the project will cost between $20 and $30m or even more,” he concludes.