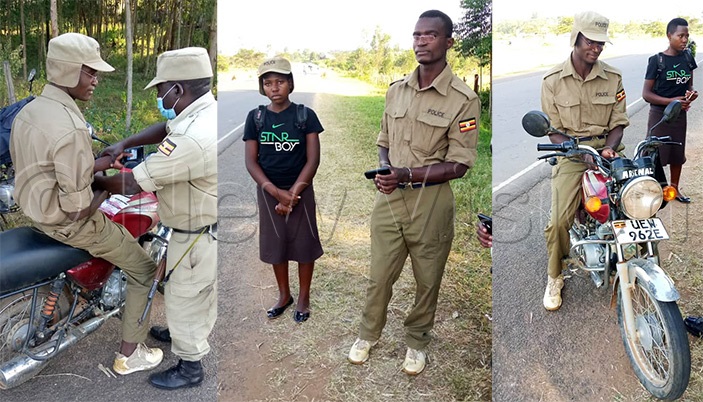 TOP News STORY
a year ago .
Police constable who hired out uniform at sh10,000 arrested

Police in Mbarara are holding a 24-years-old police constable on charges of illegal access to government store, impersonation, and scandalous behaviors, respectively.

Samson Kasasira , the Rwizi region police spokesperson confirmed that on Friday at around 1700hrs at Mile 6 along Mbarara-Isingiro road in Isingiro district, traffic police officers who were manning a checkpoint stopped someone riding a motorcycle, fully clad in a Uganda Police Uniform.

He had a female passenger and when asked to introduce himself, he lied that he was a police officer.

Kasasira said, later the suspect confessed that he was a civilian and identified himself as Lauben Gumisiriza, resident of Nyakabiingo cell, Kashinya Parish, Kakanju S/C in Bushenyi district.

He confessed to having hired the Police uniform from a police constable David Kibwika attached to Nyakaizi police post in Mbarara district at sh10,000.

The suspect was transferred from Isingiro to Mbarara for further management. The police constable David Kibwika has also been arrested and charged with scandalous behavior.