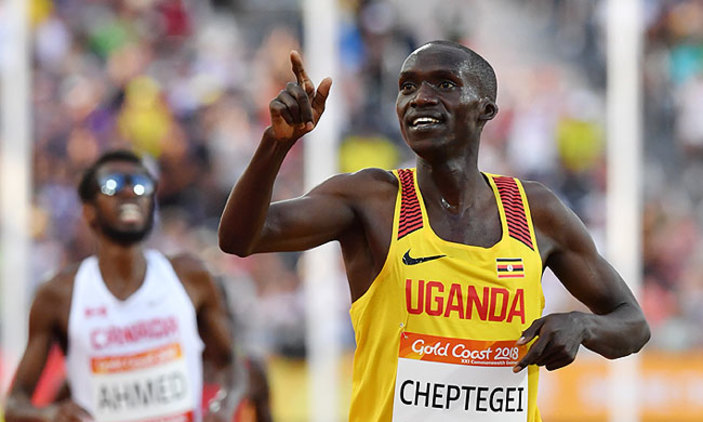 Following the outbreak of COVID-19, athletics events across the world came to a halt but competitions are now moving into virtual space (online).
TOP Sport STORY
Sun May 31 2020 .
Cheptegei to run in worldwide virtual relay marathon

Following the outbreak of COVID-19, athletics events across the world came to a halt but competitions are now moving into virtual space (online).

The NN Running team to which all the four athletes belong is set to launch the MA RA TH ON, on June 6 and 7, 2020. 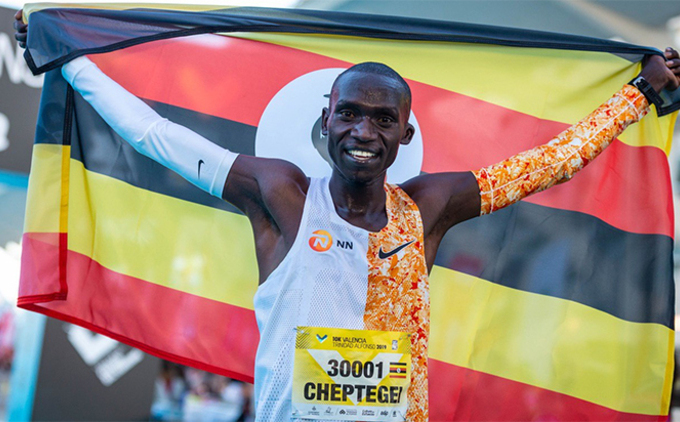 Cheptegei celebrating after his feat in Valencia. (File/Courtesy Photo)

Open to athletics fans across the world, participants can have the chance to run against, or even possibly with, NN Running team superstars as a teammate in the virtual relay marathon race.

People around the world can form a team of four to cover the marathon distance.

Each individual runner covers 10.5k so the team completes a full marathon together, alone. This allows participants to safely run solo in their own locations while running in a team via the virtual standings. 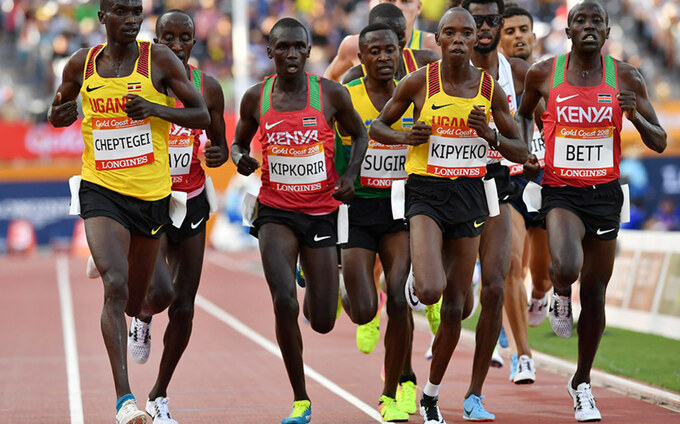 To make it even better, each entered team has the chance to be among the 10 teams that will see the addition of an NN Running Team superstar to join their squad.

If one doesn't have a team of four, one can enter solo and get paired with a team of fellow runners around the world.

Following the outbreak of COVID-19, athletics events across the world came to a halt but competitions are now moving into virtual space (online).

"I can say that myself and my teammates are really looking forward to join the relay in this wonderful initiative," said Kipchoge, the NN Running Team frontman and world marathon record holder. Kipchoge added: "It has been an unusual time whereby all runners had to readjust their plans after having prepared well towards their own goals for this past spring season. We all look forward to a positive future and I believe that this a great first step in that direction."

Jos Hermens, Director of the NN Running Team said: "In a great collaboration with our title sponsor NN Group and Maurten, we have been able to organize this worldwide virtual event enabling us to spread positivity on each continent while giving people the chance to run alone, but together.

We all miss the excitement of the big city marathons and hopefully this will bring our athletes and fans together. In these difficult times we like to challenge people to stay active and to go for a run."