Home
NEWS
MEDIA
Supplements
Tenders
Notices
Food insecurity is today emerging as a key barrier to ARV adherence among people living with HIV, and as a contributor to ARV treatment interruptions.

When a person living with HIV is started on anti-retroviral drugs (ARVs), one of the guidelines they are given is taking their medication every day without fail for the rest of their lives, according to the World Health Organization (WHO).

This is because if people do not adhere to the set directives, the risk of repeated illness due to opportunistic infections and the developments of drug-resistant forms of HIV infection are increased.

Also, ARVs must be taken with food, says Dr. Abdallah Nkoyooyo, the programme manager at the Infectious Disease Institute (IDI), Makerere University. He says TB drugs and ARVs are very strong and if taken without food, they make one to become dizzy, weak and "reduce your strength, making you feel like vomiting". 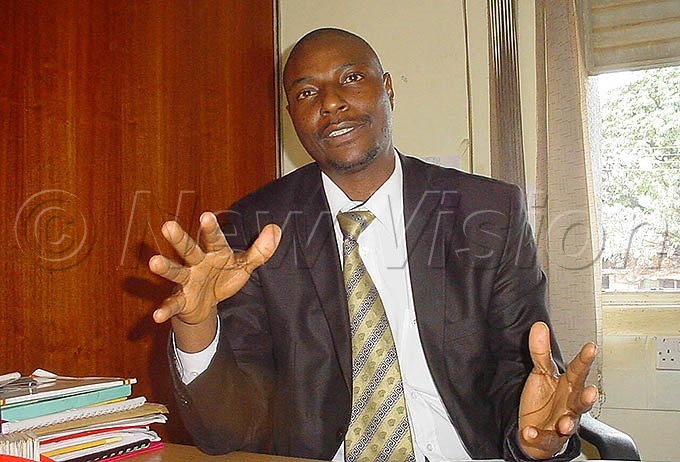 Unfortunately, food insecurity is today emerging as a key barrier to ARV adherence among people living with HIV, and as a contributor to ARV treatment interruptions or to postponing ARV initiation. This is due to the lockdown that was imposed in the country to prevent COVID-19 transmission and mortality.

Food insecurity is defined as "the limited or uncertain availability of nutritionally adequate, safe foods or the inability to acquire personally acceptable foods in socially acceptable ways. Because of the lockdown, a number of people living with HIV have been forced off ARVs due to inadequate food, and HIV activists fear that unless more food becomes available, they will soon be dealing with drug resistance and death.

Lillian Mworeko, the Regional Coordinator of the International Community of Women Living with HIV- Eastern Africa ( ICWEA), says HIV-positive people take their ARV drugs on the understanding of food (being available), a guiding principle which was inculcated into them. But in the absence of food, many have stopped taking their ARVs which risks their lives.

Mworeko says COVID-19 has hit hard on especially women, young girls and young people because the source of livelihood for the majority of this group of people has been hand to mouth.

"They neither have stable income nor permanent jobs to be salaried on a monthly basis. They have been earning on a daily basis, and whatever they earn they feed their families. Now that they have been locked down in their homes they don't have money to buy food," she says.

On Wednesday, Mworeko received telephone calls from over 45 people living with HIV in the districts where ICWEA is operating mainly Wakiso and Kampala, asking her if she has been alerted when food would be available. She even called the LCs to enquire when they are getting food because everybody out there was waiting. The situation is as bad as that, she says.

She  says that food insecurity doesn't only compromise prevention of COVID-19, because "It is unlikely that an HIV-positive person is going to remain indoors, they will find ways of moving out to look for whatever support they can get, and in the process of not adhering to social distancing, they might contract the virus."

"Poor feeding routine and diet is particularly dangerous to those who are on ARVs because according to medical experts, poor nutrition can affect the absorption of the drugs in the body. Good nutrition is therefore recommended as crucial to the proper functioning of these drugs," Mworeko says. 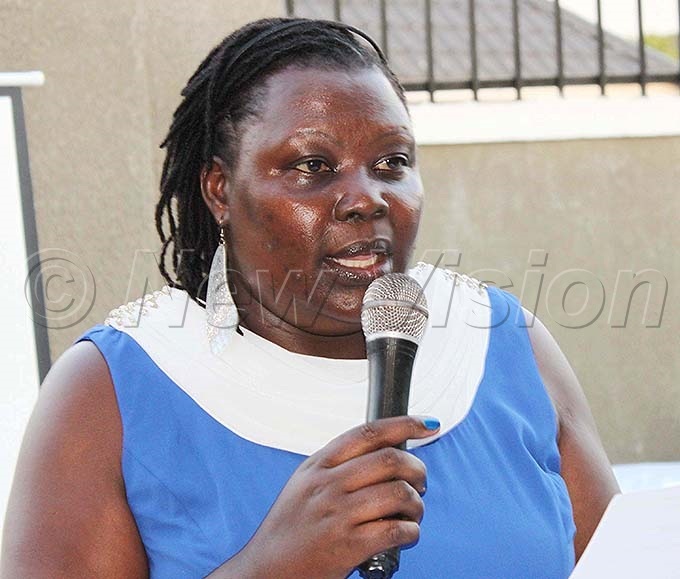 Mworeko also suggests that we should also think about family planning services for women and girls who are locked in their homes because giving them food or ARVs while they are locked in as husband and wife without condoms to prevent unwanted pregnancy is not practicable.

She also says they have proposed to their implementing partners that they should make it broader and incorporate the component of food as they send the bodaboda riders to deliver ARVs to the recipients. We should not look at medicine alone because it will not help without food.

According to the State Minister of Health in Charge of General Duties Robinah Nabbanja, "people living with HIV are in the community and we are currently distributing food around Kampala communities and other areas."

"We are not discriminating while giving out food, we are giving to all kinds of people and HIV positive people have not been segregated. Unless they want a special type of food, but I don't think we have the capacity and money.

I think we have tried as a country. We have been joined by community implementing agents such as Infectious Diseases Institute (IDI), Mildmay and TASO who have provided tremendous support," Nabbanja said.

Nabbanja emphasized that they are not discriminating anybody adding that for those that haven't got food will get it soon without a doubt.

Margret happy Akiiki, an HIV activist says people who are employed in the informal sector are the most hit by the current COVID-19 economic crisis which directly has a lot of implication on livelihood.

"I have never seen food insecurity like this - hundreds of thousands of HIV-positive people on ARVs can't afford a meal for several days," she says. Adding, "Very soon, if there is no quick government intervention to scale up the food supply, many people who are on ARVs are going to die."

Akiiki says some ARV regimen cause hunger, such as Delutegravir tablets (DTG) which most of the people living with HIV in Uganda are taking today. When you swallow DTG it increases your appetite making you feel hungry which makes you want to eat, and if you are not working due to the current situation you may not have money to buy food.

"We are not focusing on convenience, but we must also be mindful that with positive living, people infected with HIV must eat as they take their medication, government must address the food crisis, food is critical," she says.

She regrets that in spite of hunger, some people living with HIV go-ahead to take their ARVs on an empty stomach, which is very harmful. "We have warned them not to take their medication without having eaten, but some insist," she says.

Salome Atim, a human right activist says she has received over 10 cases of people living with HIV who confessed to having failed to adhere to taking their ARVs because they cannot take medicine when they are hungry, fearing to get the side effects.

"Most of those affected are urban-based women who have been working hand to mouth in salons, hotels and delivering food to the final consumers and getting some small commission from their bosses.

But because of the lockdown, their working places have been closed and they don't have the income to buy food which has caused undesirable consequences on them. There are also the urban elderly poor who are in the same boat.

James Mugerwa, a resident of Bweyogerere and builder told Atim that he has stopped taking his HIV medication because he feels dizzy after taking the drugs without having a good meal. He has seen his immune system weaken to the extent of developing skin rashes, flaky dry lips and having difficulty in breathing and speaking. Unfortunately, he has no money to buy food.

According to a 30-year-old widow who sells goods door-to-door, a resident of Kisubi, a Kampala suburb, she shivers when she takes ARVs on an empty stomach. She sweats profusely and feels energy leave her body. "ARVs are three drugs-in-one, and taking them without enough food makes the patient very weak, and can easily collapse because their immunity is already low," she says.

The danger of taking medicine on an empty stomach

According to Dr Nkoyooyo, the antiretroviral drugs have some side effects and if you swallow them (ARVs) when you are hungry, they can exacerbate the side effects thus having an effect on you. For example, you can get a headache, abdominal pain or you can feel some dizziness.

The effects could be more disturbing the reason you should take your ARVs when you have eaten something so that the side effects don't become worse. If you take the drugs without eating food, the drug's efficacy will reduce, meaning it will not work properly, it is the food that helps to boost the body immunity to become stronger.

If you swallow the drug on an empty stomach, your immunity gets low and this means that the drug which boosts the immunity to fight the infection is now weakened. And it also increases that chance of more opportunistic infections which come because of your immunity being low.

When those infections come, they make you weaker, and they make the side effects of the drug even stronger which makes you give up on the drug. Remember that if you get infections because you have not eaten, your immunity goes low then you get other opportunistic infections which worsen the side effects.

Poor nutrition weakens the body's defences against the virus, hastens progress from HIV to AIDS, and makes it difficult to take ARVs, which can sometimes increase a patient's appetite. Sufficient food can help reduce some side-effects of ARVs and promote adherence to drug regimens

In summary, the chain of effects: you are hungry, and if you are hungry your body becomes weaker, and when your body becomes weaker when you take the drugs it weakens you further. Poor nutrition can affect the absorption of the drugs in the body or leave the body less able to tolerate the medication. Food, therefore, is a very important factor for people living with HIV.