And finally, the health ministry is making an appeal - if you flew back home from Dubai in the last fortnight.

This is for your own good and for the good of your family, friends, workmates, Ugandans and the rest of humanity. Let us heed this call.

And that is it! It was a brief address - under half an hour long - yet very reassuring, and a message every Ugandan would need in such unprecedented tough times.

The President's message is clear: Listen to our advice and we shall weather the storm just fine.

The President says that had he closed the borders early enough, perhaps Uganda would not be having any coronavirus cases thus far. But that they had to consult first as per international guidelines.

That said, he remains confident that the crisis will be managed - but only if the public heeds the set measures.

"I think the situation is manageable if you only listen to what we are saying.  We shall overcome this challenge," says the President.

The President says he has heard of "crooks" taking advantage of the situation by raising the prices of food stuffs.

"I will send in spies. If I find anyone hiking the price of food, I will cancel their license," he warns.

The President reminds the nation on the three key personal measures to keep coronavirus at bay.

1. Steer clear of anyone coughing or sneezing. "Do not allow them in your vehicle and in your office," he tips, urging those "coughing and sneezing to remain home in self-isolation" and also get in touch with health authorities for medical attention.

2. Wash with water and soap. The cruder the soap, the better. He says he will discuss with Cabinet on engaging National Water and Sewerage Corporation (NWSC) to slash the price of water.

3. Do not touch yourself, especially on the soft parts/openings (mouth, nose and eyes), with the hand that you use for everyday work.

Museveni underlines the wisdom of banning crowds and gatherings, including the the suspension of schools and religious congregations. He says it was a good move as it has helped to control the potential spread of the virus.

But he remains concerned about public transport. For now, he urges monitoring of the possible cases that interacted with the rest of the population and says that in case more cases are registered, he may have to suspend public transport.

He feels bicycles can be an ideal solution.

"If the towns had enough bicycles, by now I would have suspended public transport. It is even healthier. With a bicycle, you are by yourself," he says.

President Yoweri Museveni has started speaking to the nation.

He starts off by giving an update on the first confirmed case (who was announced late Saturday night). He is improving and has gained his appetite, he says, citing an update he received from medics handling the patient.

"The treatment seems to be working."

The President explains that all the people who flew in together with the confirmed cases have been contacted by authorities. Some arrived aboard an Ethiopian Airlines flight and others on an Emirates plane, and there was a mix-up later.

Authorities are trying to get a hold of all the eight that were confirmed Monday night, and the understanding is that four of them are already under treatment.

Meanwhile, we have received some package . . .

Uganda has received a consignment comprising of 100,000 masks, 20,089 test kits, 741 Personal Protective Equipment and 1,111 face shields from Chinese billionaire Jack Ma. The billionaire donated these items to Africa as support towards #COVID19 response.

With the new coronavirus pandemic have emerged several myths around its transmission. One of them is that the virus is spread through mosquito bites. But is this true?

No, clarifies the World Health Organisation, as sensitization of people around the world continues.

The #coronavirus CANNOT be transmitted through mosquito bites. #COVID19 pic.twitter.com/K4z48PzGMN

President Museveni will deliver his address from State House Entebbe. 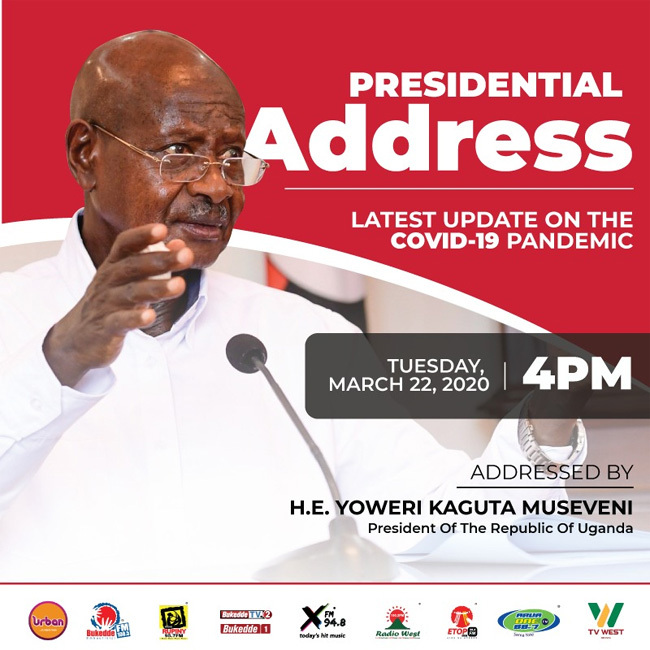 So before we go any further, I am sure you would like to know what's happening beyond the borders of Uganda. Of course you know a lot already, but how about we remind ourselves what's going on outside of the country.

I have extracted a few lines from a couple of stories by AFP for the roundup below: 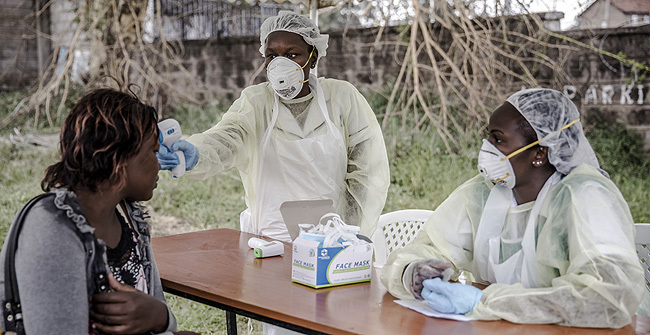 A German army shipment of six million face masks needed to protect against the novel coronavirus has vanished in Kenya, the defence ministry in Berlin confirmed Tuesday.

"We are trying to find out what happened" to the massive order of protective equipment meeting the FFP2 standard for protection against particles and aerosols, a spokeswoman said.


400 arrested in Tunisia for breaking curfew 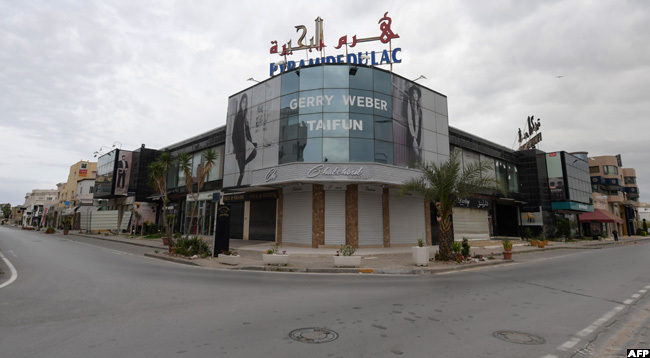 Around 30 of the 408 transgressors who were arrested remained in custody, while the others were released after a warning, Interior Minister Hichem Mechichi told reporters.

"Anyone who breaks the security rules will be treated as a criminal because failing to respect rules within the context of the pandemic is a crime," he said. 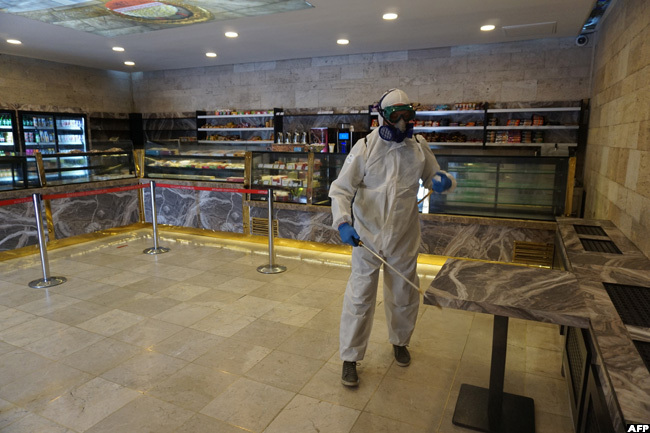 A city employee is at work to disinfect a store at Anitkabir, the mausoleum of the founder of the Turkish Republic Mustafa Kemal Ataturk, in Ankara

"From this morning we have brought a special drug used in China which is claimed to have resulted in improvements in intensive care patients, cutting their time in care from 11-12 days to four days," Turkey's health minister Fahrettin Koca told reporters.

He did not give more information on the drug but the anti-malarial drug chloroquine has recently been used to treat coronavirus patients in China as well as France. 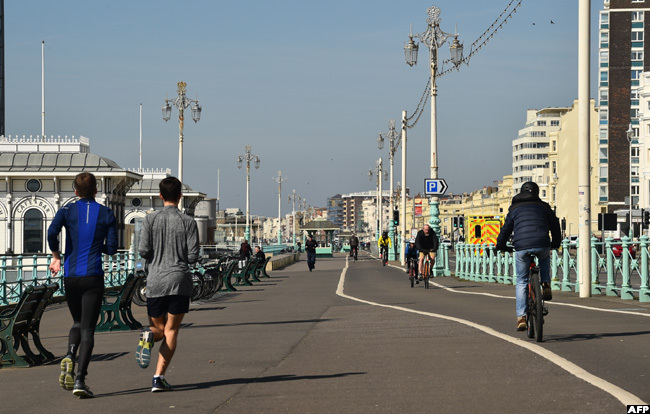 People exercise along the promenade on the sea front in Brighton, southern England

"Stay at home," Prime Minister Boris Johnson said in a televised address to the nation, as he unveiled unprecedented peacetime measures after the country's death toll climbed to 335.

The announcement came after outrage in government that recommendations about reducing social contact to minimise close-contact transmission of the virus were being ignored. 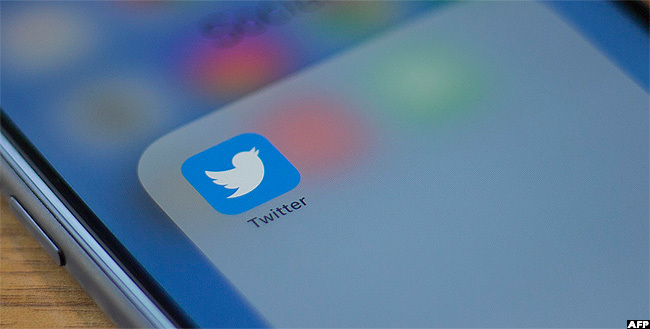 The San Francisco company is among numerous firms expected to take a hit from the crisis, which has already altered many consumer and online habits.

Twitter said  it is "withdrawing" its earlier forecast for the first quarter of 2020 and now expects an operating loss along with declining revenues. 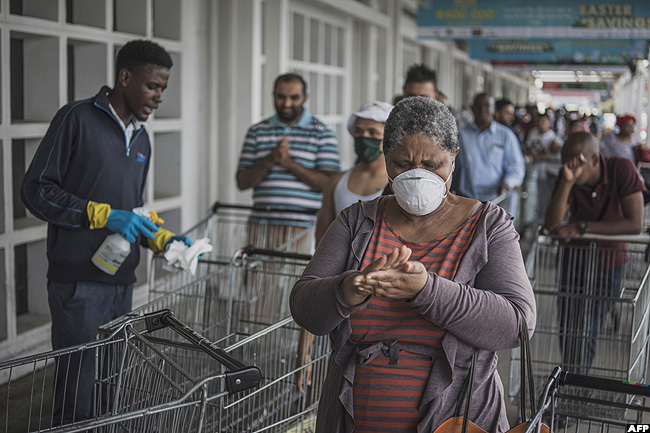 President Cyril Ramaphosa said Monday his government had "decided to enforce a nationwide lockdown for 21 days" from midnight Thursday to "avoid a human catastrophe".

There have been more than 400 coronavirus cases in Africa's most developed economy -- the highest in sub-Saharan Africa -- with the number multiplying six-fold in just eight days. 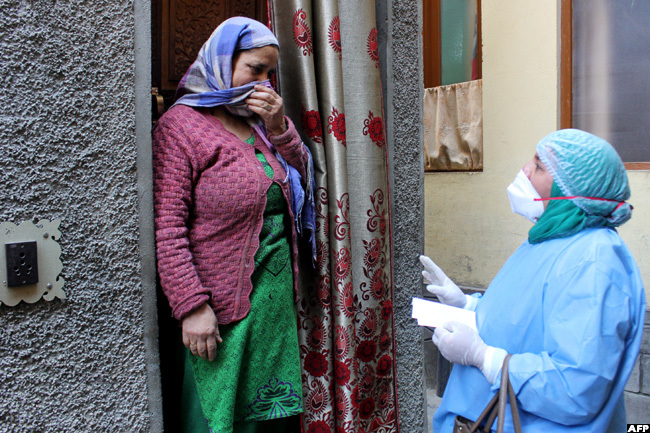 Streets in Riyadh were deserted as Saudi Arabia implemented a nationwide dusk-to-dawn curfew to limit the spread of the new coronavirus, the latest in a series of restrictions as infections soar.

Police cars warned people over loudspeakers to stay off the streets after the 11-hour curfew went into effect at 7 pm (Ugandan time) following a royal order from King Salman. Saudi Arabia declared 562 coronavirus infections - the highest in the Gulf. No deaths have been reported so far. 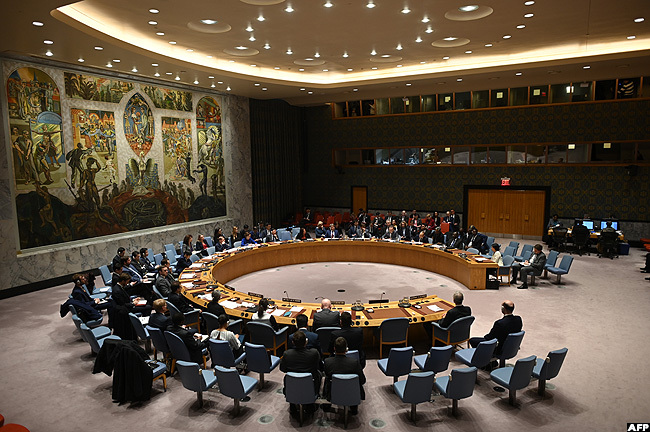 The Council has not met for 12 days due to the coronavirus outbreak, and is deeply divided over a proposed declaration on the crisis and holding "virtual" meetings to vote on resolutions, according to diplomatic sources. 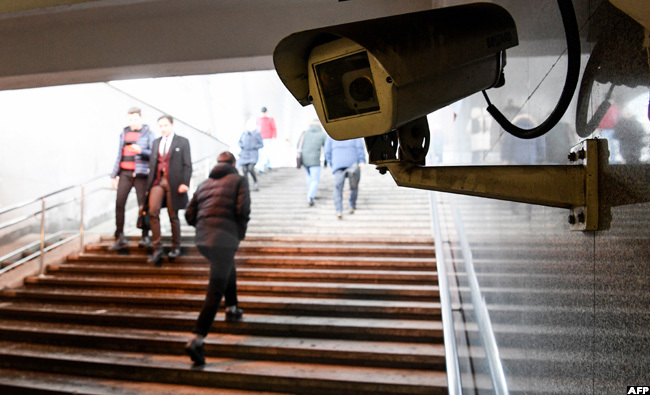 A vast and contentious network of facial recognition cameras keeping watch over Moscow is now playing a key role in the battle against the spread of the coronavirus in Russia.

The city rolled out the technology just before the epidemic reached Russia, ignoring protests and legal complaints over sophisticated state surveillance. 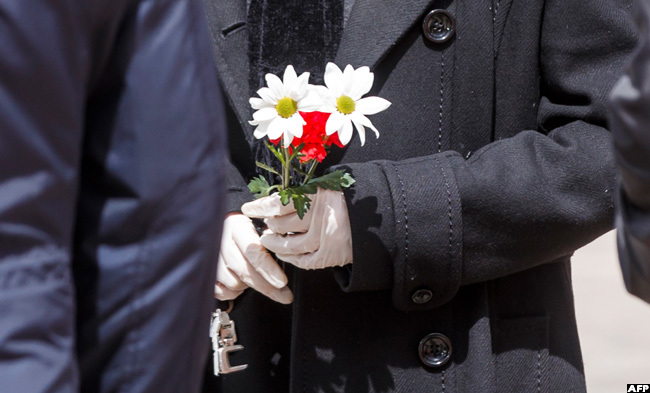 Spanish soldiers deployed to help fight the new coronavirus outbreak have found elderly patients abandoned, and sometimes dead, at retirement homes, as an ice rink inside a Madrid shopping mall was turned into a temporary morgue to cope with a surge in cases.

The army has been charged with helping to disinfect retirement homes in Spain, one of the countries worst hit by the pandemic. Dozens of deaths from COVID-19 have been recorded at facilities across the country. 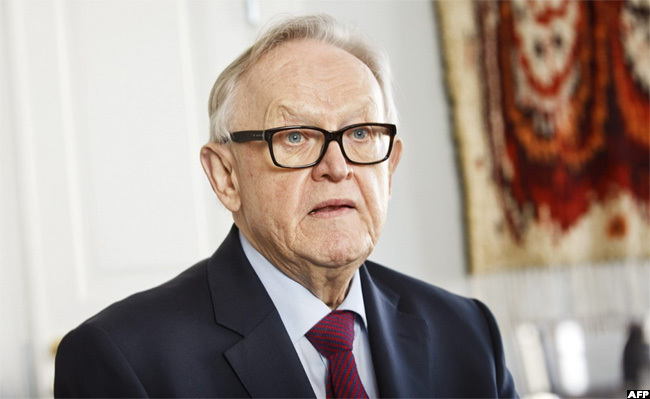 Martti Ahtisaari has contracted the new coronavirus, his office said on Tuesday.

The 82-year-old was awarded the Peace Prize in 2008 for his career over three decades mediating peace deals to conflicts around the world, including Indonesia, Kosovo and Namibia.


China virus epicentre to open up 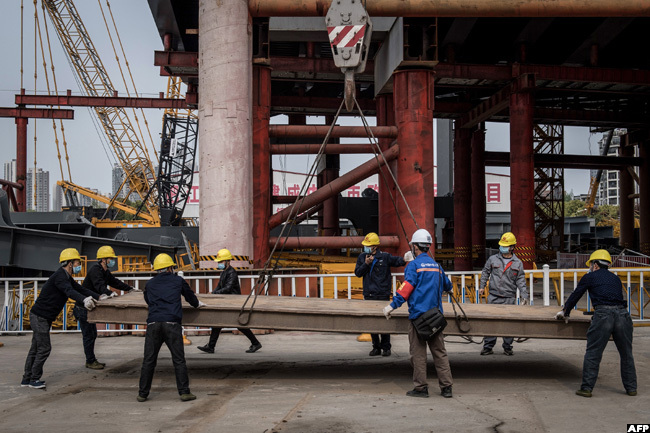 China announced Tuesday an end to travel curbs at the epicentre of the coronavirus pandemic, as governments around the world tightened lockdowns affecting 1.7 billion people in a desperate effort to slow the spread of the deadly disease.

Hubei, where the novel coronavirus emerged late last year, will allow healthy residents to leave the province from midnight, officials said, two months after they were ordered to stay indoors. "We are celebrating today," a female doctor surnamed Wu told AFP.

As you may already know, Uganda has nine confirmed cases of the new coronavirus.

Health minister Dr. Jane Ruth Aceng and co have had busy days. Late Monday night, the minister was flanked by fellow health officials as she delivered to the nation news of eight more cases of the disease in the country.

She said like the first case, the eight had all been established to have come from Dubai in the United Arab Emirates (UAE).

The @MinofHealthUG would like to inform the public that there are 8 new confirmed cases of COVID-19 in Uganda.

Hello everyone, glad you could join us again under these tough times for both Uganda and the world at large.

Welcome to this live text commentary of today's upcoming address by President Yoweri Museveni in relation to the ubiquitous new coronavirus, which has continued to spread its deadly tentacles to nearly every point of the globe.

The President's delivery - the fourth in six days - is scheduled to start at 4:00pm local time. 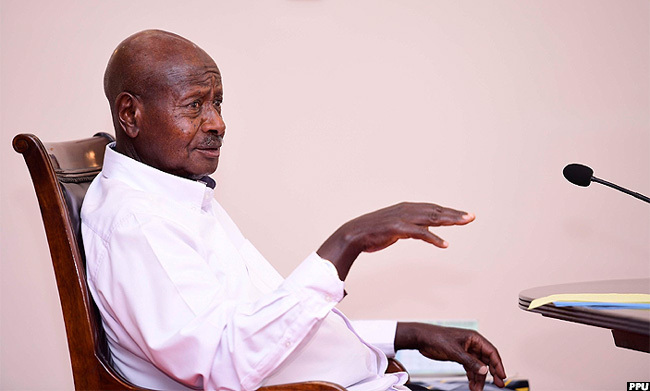