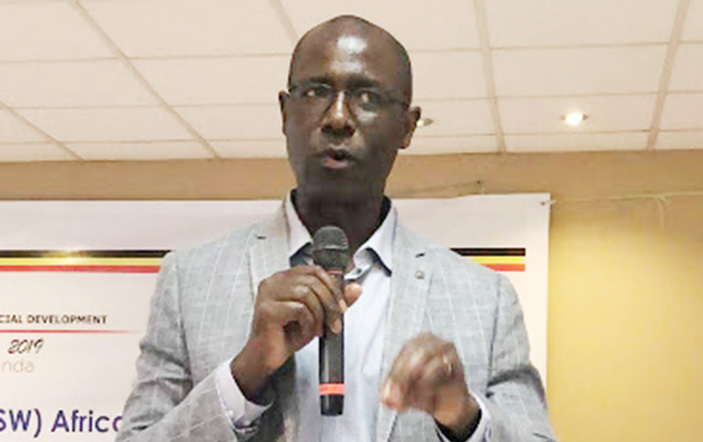 The global outbreak of the Coronavirus has been accompanied with psychological torture, stress and frustration. Therefore, social workers have been called upon to come forward and offer people psychosocial support to allay their fears and restore hope.

Schools have been closed for a month, social gatherings suspended and travel bans put in place. People's plans have been disorganised and many are panicking over their finances, health and the wellbeing of their children who seem to be confused over why they are not going to school.

The global outbreak of the Coronavirus has been accompanied by psychological torture, stress and frustration. Therefore, social workers have been called upon to come forward and offer people psychosocial support to allay their fears and restore hope.

According to Michael Byamukama Ntanda, the president of the National Association of Social Workers in Uganda (NASWU), this is the time for social workers to mobilise themselves and offer psychosocial support to the people of Uganda who are now going through a difficult time.

"There is panic, fear, shock and isolation. In addition, people's incomes have been distorted and family relations are threatened. Therefore, social workers should be on the alert to restore hope and remove fear among the people," Byamukama explained.

He made the remarks during celebrations to mark the World Social Work Day at Bugema University in Luwero recently.

Byamukama explained that at this particular time, social workers can allay people's fear by providing them with information and sensitising them about the importance of behavioural change on issues such as constant washing of hands and maintaining safe distance. This will help people to know that they are not completely helpless and that they can do something about the situation.

On the other hand, John Mary Sekatte, a social worker with NASWU, urged members of the public to appreciate the role of social workers in dealing with such epidemics and encouraged them to seek their services in order to deal with issues that might overwhelm them.

Sekatte explained that that diseases usually have the medical side, which is addressed by doctors and the social side because they interfere with people's social relations and wellbeing. He explained that this calls for services of a social scientist, such as counselling and psychosocial support to enable people deal with the social effects of diseases on their lives.

"People who feel overwhelmed, scared and anxious with the current situation should seeking counselling and psychosocial support. Social workers are known to play a critical role in strengthening human relations and promoting change that influences the wellbeing of people," Sekatte said.

Meanwhile, social workers have also urged the Government to control the prices of the items used to offer protection against Coronavirus. According to Andrew Luyombo, the national coordinator of NASWU, if the government does not come in to regulate, prices of items such as masks, sanitisers and disinfectants are likely to go up as people struggle to buy them.