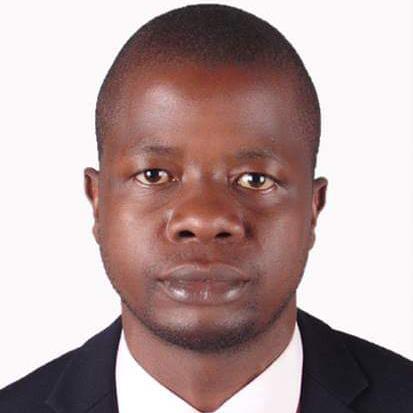 The coronavirus and locusts threat is a true taste of Uganda’s adherence to the Public Finance Management Act 2015 (PFMA, 2015) during the budget formulation process.

Uganda's economy remains highly vulnerable to shocks both domestically and externally which in most cases are macro in nature. This time round, Uganda's economy is under threat from coronavirus and locusts.

China is a great economic partner for Sub-Sahara African Countries among which is Uganda. Apparently, China has been hit by the deadly coronavirus which is spreading rapidly around the globe.

Much as the virus has not been reported in Uganda, the rate at which the virus is spreading globally is a threat to Uganda which is already facing the locust attack threat from neighboring Kenya.

In the face of the coronavirus, China has seen most of its foreign direct investors close shop. Companies like Apple, American Airlines, Google, JPMorgan Chase & Co, Ford Motor Co, among other giant companies have suspended business in China due to coronavirus.

Movements in and out of China are currently restricted and this subsequently has a big toll on the Chinese economy for instance jobs lost by Chines employed by the various firms, reduction in Chinese exports, and reduction in the tourist numbers visiting China.

Uganda's economy is largely dominated by foreign-owned companies that provide employment to the majority of Ugandans in addition to contributing to the country's tax base.

Furthermore, most of the large infrastructure projects in Uganda for which debt is borrowed are majorly being undertaken by foreign companies. Tourism remains one of the country's foreign exchange-earners as the number of visitors into the country increased from   945,899 in 2010 to 1,505,669 in 2018 which subsequently earned the country 1.6 billion US dollars.

As the coronavirus spreads rapidly, Uganda seems unprepared to prevent the coronavirus attack from breaking out in Uganda. Our porous borders in addition to limited screening sites for the virus at the numerous entry points into the country partly justify this.

In the unfortunate event that the coronavirus breaks up in Uganda, our economy may be headed for disaster. This will erode Uganda's already weak economy and could lead to multiple shocks within Uganda's economy.

Foreign direct investors will flee, jobs will be lost, tourist numbers will reduce subsequently reducing on the tourism revenues and definitely the entire economy may be brought to its knees.

The coronavirus and locusts threat is a true taste of Uganda's adherence to the Public Finance Management Act 2015 (PFMA, 2015) during the budget formulation process.

While it is true that the coronavirus, locusts' threats, and other calamities are largely unpredictable during the budget formulation process, the PFMA 2015 provides a safety net to cushion the economy from such shocks-the contingencies fund.

Section 26(1) of the PFMA 2015 notes that "there shall be contingencies every financial year which is to be replenished with an amount equivalent to three and a half percent of the appropriated annual budget of Government of the previous financial year."

Going by Section 26(1) of the PFMA 2015, it is clear that there was non-adherence to this provision during the fiscal year 2019/20 budget formulation process. The total budget for the fiscal year 2018/19 was UGX 32.7 trillion and as such, the contingencies fund had to be UGX 1.14 trillion.

On the contrary, the contingency was UGX 62 billion which translates into 2% of the fiscal year 2018/19 budget less than the required 3.5%. Despite this constancy fund being inadequate, the numerous uncontrollable supplementary budget requests are likely to have depleted the meagre fund rendering Uganda unprepared in the face of such disasters.

Much as it is good that the Ministry of Finance has been directed to find funds to fund the country's efforts to curb coronavirus, it is notable that this strategy is not sustainable as funds may not be readily available.

This may necessitate cutting budgets from other areas to fund this which subsequently affects the credibility of the national budget.

There is a need for Uganda to adhere to the provisions in the PFMA on the contingencies fund to have predictable and sustainable measures to contain the potential risks as the case if for coronavirus and the locusts. This should be complemented by fiscal discipline not abuse the provisions on supplementary budgets.