Home
NEWS
MEDIA
Supplements
Tenders
Notices
Byanyima has expressed concern over a new generation of sexually active Ugandans, who never witnessed the HIV/AIDS deaths and its devastating effects like when Uganda was hard-hit by the epidemic from the 1980s-1990s.

Byanyima has expressed concern over a new generation of sexually active Ugandans, who never witnessed the HIV/AIDS deaths and its devastating effects like when Uganda was hard-hit by the epidemic from the 1980s-1990s.

Ugandan diplomat and new executive director of the Joint United Nations Programme on HIV/AIDS (UNAIDS), Winnie Byanyima, has said renewed leadership in prevention of HIV/AIDS in Uganda is needed now, more than ever. 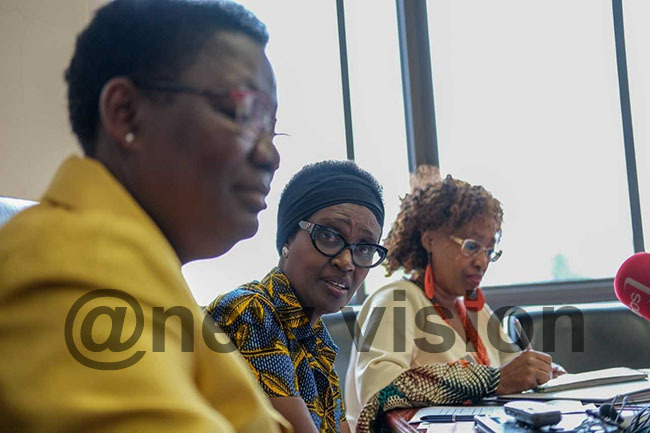 She has expressed concern over a new generation of sexually active Ugandans, who never witnessed the HIV/AIDS deaths and its devastating effects like when Uganda was hard-hit by the epidemic from the 1980s-1990s.

"Available data shows that there seems to be a need to reinvigorate the campaign of sensitising the youth about how to prevent getting infected with HIV/AID using evidence from past experiences," she said.

This was during a media meeting in which Byanyima also met with officials from the Uganda Aids Commission (UAC) and the minister in charge of the Presidency, Esther Mbayo, at the office of the President in Kampala on Monday.

Byanyima pledged to support UAC in the building of local capacity to find pathways towards financial sustainability in the areas of health and HIV/AIDS.

"We need to seriously cut out corruption. The Government is making an effort, but I really hope that those days when money for HIV was being diverted and stolen have come to an end," she said.

In 2005, Teddy Ssezi Cheeye (RIP), then a government official, embezzled sh120m meant for HIV/AIDS, Malaria and Tuberculosis programmes across the country. He was convicted and sentenced to 10 years in Luzira Prison by the Anti-Corruption Court for forgery and embezzlement of funds from the international funding body, the Global Fund.

"That was a scandal that must never happen again. However, on the whole, UAC must see itself as a watchdog for the resources meant for the most vulnerable people.

Be strong advocates, take this issue seriously and speak against corruption in an emotive language," Byanyima implored UAC officials.

"Speak against it. I encourage you and I will always be with you on this one," she added.

The aim of the UNAIDS campaign is to end HIV/AIDs as a public health threat by 2030.

Though tremendous effort has been made to curb HIV and AIDS, the burden remains high, with an estimated 1.4 million Ugandans living with HIV and about 53,000 new infections cropping up every year, according to the UNAIDS 2019 data.

"We must use a multi-sectoral approach even more to get every leader - whether religious, local council, the ministers, all of us - speaking directly to our young people and all sectors of our population about the prevention of HIV/AIDS," Byanyima said.

According to her, the leadership has to own up to HIV response, which today is about 93% funded externally.

"Our friends are the ones keeping us alive, it is great, we thank them, but can we depend on them forever? I must say not for a long time," she said. "There is an analysis that shows that we could use less money in the fight against HIV/AIDS if we cut out wastage, put an end to corruption and increase efficiency in using the money we have."

Mbayo said about $693m was mobilised for HIV response in the last financial.

Nonetheless, the fund, which was largely external, was greater than what was realised in the financial year ending June 2018.