Home
NEWS
MEDIA
Supplements
Tenders
Notices
Simpson Muhwezi, a writer and founder of the competition says that between June and September, pupils from 11 primary schools in the two districts wrote and submitted fiction stories. They came from Kampala and Gulu.

These went through a sieving process where the best were filtered by two judges; Moses Bulamu a writer and teacher-trainer and Caroline Owashaba, a social and transformative leader for children, youth and women. 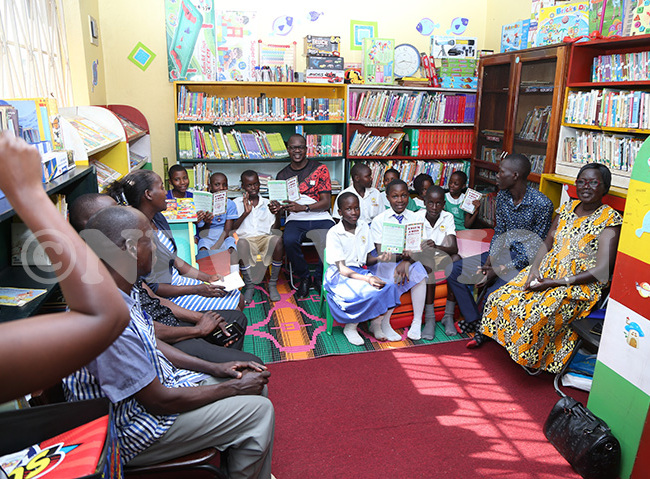 Authors posing for a picture with the guests

The selection of the best stories was based on the ability of the writer to tell the story well from the beginning through to the end.

From 11 finalists, three were declared winners at a ceremony held at the Kampala Capital City Authority (KCCA) children's library in Kampala.

"The competition aims at developing children's skills of creativity and love of reading and writing," Muhwezi notes. 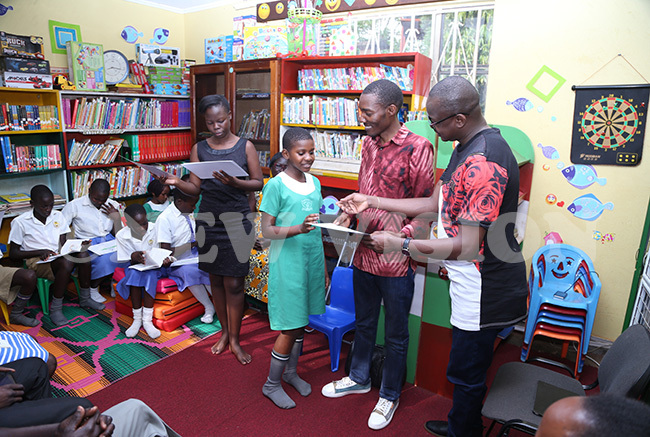 A participant receives her certificate

He adds that this year's competition was open; meaning children chose any topic.

Their stories covered themes ranging from traditional norms to relationships between step-children and parents, to the difficult lives that orphaned children in Uganda are faced with, and to the desire for a good and secure future.

The event was graced by Peter Kaujju, a writer and head of public and cooperate affairs at KCCA.

He lauded the young writers for embracing creative writing as a way to express themselves. He also reminded them to work hard in school as they prepare themselves for the big, bright future ahead of them.

"Ensure that you are doing the right thing at the right time and in the right place," he said. 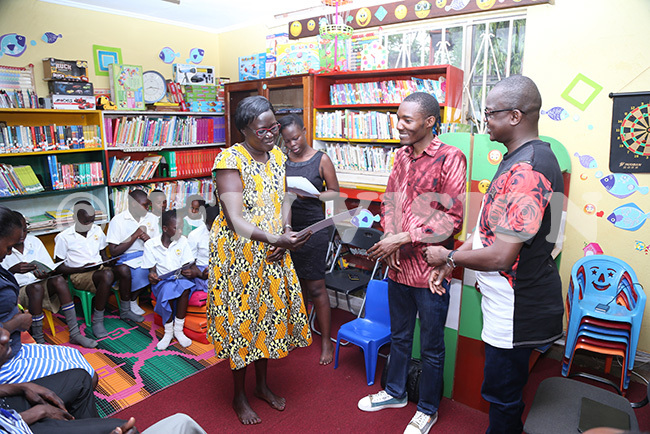 A teacher receives her school's certificate

Kaujju later officiated the launch of ‘A Visit to a Witch and Other Stories', a collection of 15 stories by Ugandan children.

Kimera's story ‘A Visit to a Witch' stood out because it was coherent and said a lot about a father-son relationship and the difficulties of communication between parents and their children.

‘Mary and Priscilla in Kampala' by Priscilla Lamaro teaches school children how to be safe from kidnappers whereas Sharon Nakirya's ‘The Most Beautiful Girl in our Village' sends a message to young girls who are often seduced with gifts, end up getting pregnant and contracting HIV.

Elizabeth Zipporah Akol, programmes director of the Wandiika Initiative said 2020 will be bigger and better.

"We anticipate bringing more schools and stakeholders on board. We thank KCCA for hosting us again and look forward to more and more collaborations in the future," she said.

This year's edition was organized in collaboration with Connect Education Center  Gulu and supported by Australian Books for Children of Africa (ABCA) and the French Embassy in Uganda.

What the participants say

Prossy Namuli, a teacher of English from Perussiah P/S was also grateful. "This program makes our work as teachers much easier. Pupils who are able to freely express themselves make the classroom experience more gainful and fun," she remarked.

Suubi Peterson, parent of Samuel Kagona, one of the finalists said, "This is such a good platform for our children. I had to be here to show support to my son and witness his achievement of becoming an author. It's a significant chapter in these children's lives."